Tera Raid Battles can be a great source of treasure and other resources for preparing competitive Pokemon. Read on for our recommendations for the best Pokemon to use for Tera Raid Battles in Pokemon Scarlet and Violet (SV)!

All Physical Attackers listed above should have an Adamant Nature.

How to Change a Pokemon's Nature

We recommend giving all of your Special Attackers a Modest Nature.

Iron Hand's Belly Drum and Drain Punch moveset will let it deal massive damage with little effort. Umbreon can lower the opponent's defenses, while Koraidon and Miraidon's impressive stats, in combination with moves such as Screech and Metal Sound can take an offensive or suport roles depending on the situation. We recommend making Iron Hands hold an item that improves its Attack

Use this battle strategy to set up Iron Hands quickly and safely. Light Screen and Reflect will help lessen any damage Iron Hands receives while it is vulnerable after a Belly Drum. Make sure to use Umbreon's Skill Swap to deal with enemies that have the Clear Body Ability or any other powerful Abilities.

Three Perrserkers and a Magnezone

Perrserker can serve as a helpful Pokemon during Tera Raid Battles without the help of Magnezone. Just be sure that all Perrserkers have the Steely Spirit Hidden Ability, or they'll be dead weight!

Use Your Highest Leveled Pokemon 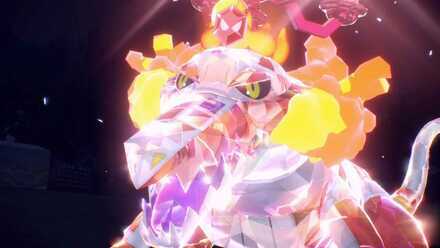 Your Pokemon's typing matters the most when challenging raids. Be sure to choose Pokemon who can resist the Raid Pokemon's attacks, who can also hit it for super-effective damage.
To this end, Pokemon selection is key!

Type Chart: All Matchups and Effectiveness

An effective way to boost your Pokemon's offense is by equipping them with items that boost their damage. Choice Band and Choice Specs are especially powerful in Tera Raids because you will be repeatedly using the same move.

Choose Pokemon That Deal Massive Damage in One Turn 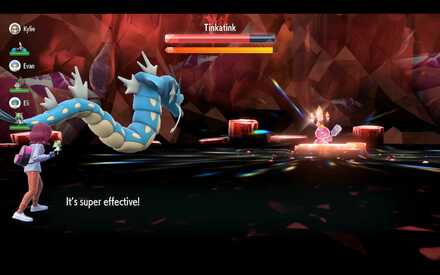 Tera Raid Pokemon have defenses that allow them take a large of damage. As such we recommend using Pokemon can inflict a large amount of damage in one turn or, if possible use move that provide powerful buffs or debuffs.

Invite Others To Raid Battles

6 Star Tera Raid Battles are fairly difficult to win when playing alone, so we recommend inviting other to join you when possible. Feel free to use our message board to find partners for online battling.

Maximize the Potential of Your Pokemon 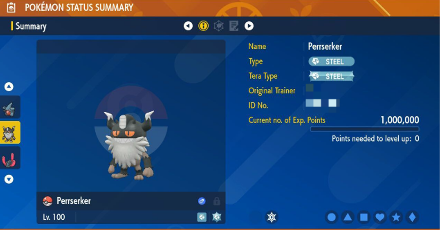 Raising your Pokemon to level 100 as well taking part in Hyper Training will allow you maximize your Pokemon's battling potential. this will not only help you in Tera Raid Battles, but also completing the main story as well, so put in the extra effort to train and breed the best Pokemon.

When EV training Pokemon for Raid Battles, since Speed is not as important, placing stats into HP and Attack/ Special Attack is recommended.

How to Train and Breed Pokemon

Make Use of Cheers 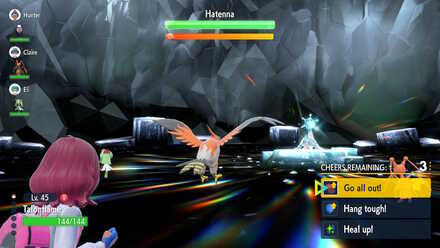 Make sure to make use of Cheers during Tera Raid Battle to increase the Attack, Defense, and heal your Pokemon. Do note that cheering will take up one of your attack turns and you can only use 3 cheers for each Tera Raid Battle.

In order for us to make the best articles possible, share your corrections, opinions, and thoughts about 「Best Pokemon for Tera Raids | Pokemon Scarlet and Violet (SV)」 with us!