Iron Treads is a Ground/Steel-type Paradox Pokemon in Pokemon Scarlet and Violet (SV). Iron Treads has no evolutions, and is in the Undiscovered Egg Group. Learn the location where to find Iron Treads, how to get and catch Iron Treads, Shiny Iron Treads' appearance, as well as its stats, abilities, weaknesses, best Tera Type and Nature, and Gen 9 learnset here.

Can You Catch Iron Treads?

Quaking Earth Titan Can Be Caught After Path of Legends Battle 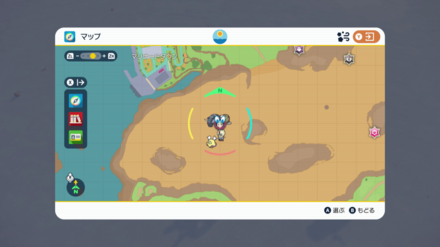 You can find the Quaking Earth Titan again by going through the desert that is located to the west of Cascarrafa City. Once you interact with it the battle will start immediately, so make sure that you are prepared!

Will Not Respawn If Knocked Out

Do take note that Quaking Earth will not respawn if you accidentally knock it out during the rematch. It is recommended to turn off autosave and save the game before starting the battle so you can just reset the game in case you defeat it.

How To Catch Titan Pokemon

Will Have a Unique Mark

Iron Treads will have a special Titan Mark once you capture it. When it is in your party you can select this Mark from its Summary screen. When this Mark is selected and you send this Pokemon out to battle it will have the suffix 'the Former Titan' added to its name.

Can Be Caught in Area Zero: Research Station 4 (Violet Only)

While not its Titan form, the regular-sized Iron Treads can be commonly found in the caves of Area Zero including the Research Station 4 cave, a location that can be accessed very late in the game.

Does Not Evolve from Donphan

While it bears resemblance to Donphan, Iron Treads does not evolve from it. Instead, it is a Paradox Pokemon exclusive to Pokemon Violet.

Paradox Pokemon are a new addition to the Generation 9 Pokemon of Pokemon Scarlet and Violet, each with themes of the past and future.

Donphan Learnset, How to Get, and Evolution

Best Tera Type for Each Moveset

Should You Terastallize Iron Treads?

Terastallized Pokemon gain a 1.5x damage bonus to moves of their Tera Type, while also removing weaknesses and resistances from their original typings while maintaining those typings' STAB.

Nature Chart and How to Check Natures

narrow down the range of conditions

All Pokemon by Egg Group

Previous and Next Pokemon

In order for us to make the best articles possible, share your corrections, opinions, and thoughts about 「How to Get and Catch Iron Treads (Paradox Donphan) | Pokemon Scarlet and Violet (SV)」 with us!