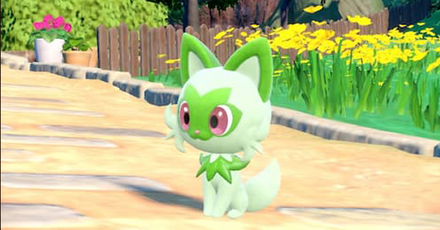 This is a page on the Pokemon Sprigatito in Pokemon Scarlet and Violet. Learn more about its type, evolutions, abilities, and more. 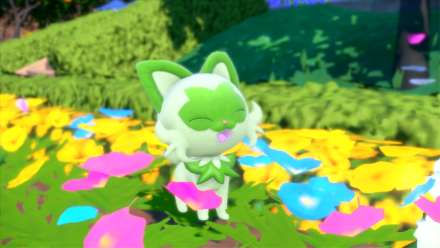 Sprigatito is a portmanteau of the words sprig and gatito, which is Spanish for kitten.

Sprigatito may be based on the Iberian Lynx - a wild cat species native to the Iberian Peninsula, which the new region appears based on; specifically, Spain and the surrounding areas.

What Country is Pokemon Scarlet and Violet Based On? 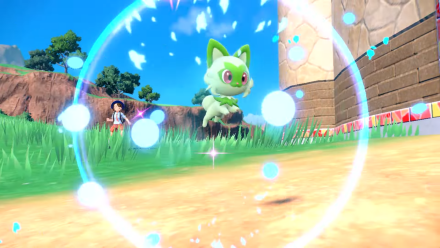 The evolutions of Sprigatito is currently unknown. It's likely that the evolution will be announced before the release of the game in further Pokemon Presents announcements or other trailers.

May Have a Hidden Ability Similar to Protean or Libero 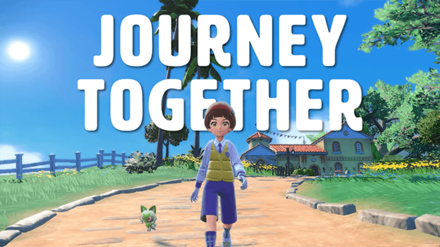 Out of all three starters, we suspect (and our poll suggests) that Sprigatito would be the most popular choice.

In recent years it seems that The Pokemon Company has rewarded the fans' favorite choice with strong abilities such as Protean for Greninja, and Libero for Cinderace. Both Greninja and Cinderace have been given a lot of special attention across the franchise, and this generation might give the grass-type starters a chance to bloom.

Its feline design attributes also lends itself well to the chance that it can be a faster Pokemon. With a unique type-changing ability similar to Libero, it can overcome the numerous weaknesses that Grass-types typically have to watch out for.

Poised To Be Uniquely Situated as a Fast Utility Pokemon 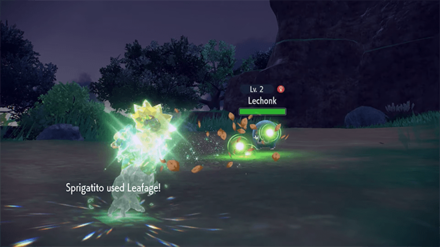 It's faster than Lechonk at least.

There's a high chance that Sprigatito and its evolutions will have access to reliable recovery moves as well as moves that can disrupt the opponent. If it ends up being a fast Pokemon as its design suggests, it can fill a role that is not often seen in a team composition - that of a speedy utility Pokemon.

The previous feline starter, Incineroar (who was also a fan favorite), offered defensive utility thanks to access to Intimidate, decent bulk, and moves such as Parting Shot. Perhaps this generation's cat will share similar levels of utility.

Hopefully Will Be a Dual-typed Pokemon 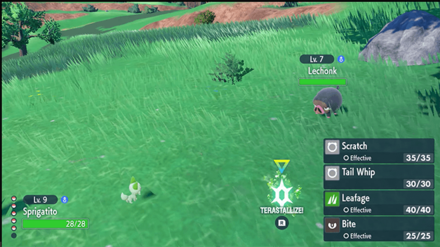 The previous three starters Rillaboom, Inteleon, and Cinderace all maintained their single typing throughout their evolutionary stages. Hopefully this trend will not continue into Generation 9 and that Sprigatito can earn a useful secondary type to benefit from additional STAB. 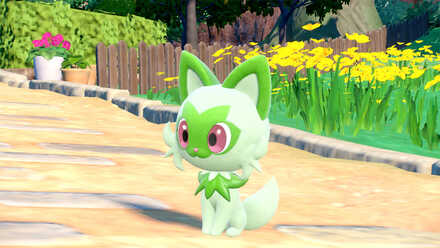 The official Pokemon website says that Sprigatito's fur behaves similarly to plants wherein it can absorb energy from the sunlight. It wouldn't be a long shot to assume that this will grant Sprigatito access to moves such as Synthesis to provide reliable recovery.

It was also mentioned that Sprigatio is able to emit mesmerizing aromas from its forepaws. It can use this aroma to offer aromatherapy to its teammates, and make opponents lose their will to battle. This can suggest that moves such as Aromatherapy and Sweet Scent may also be in its learnset. 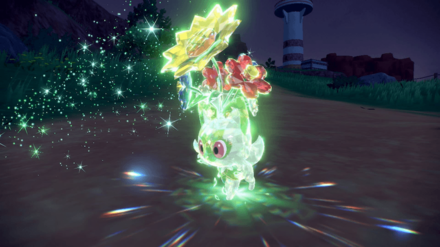 Sprigatito has been confirmed to have at least one Tera Type - the Grass Tera Type. This allows it to have stronger Grass-type attacks. This boost is applied in addition to the Same Type Attack Bonus for an even stronger attack.

All Terastal Forms and Types

Which Starter Would You Choose?

In order for us to make the best articles possible, share your corrections, opinions, and thoughts about 「Sprigatito - Type, Evolution, and Abilities | Pokemon Scarlet and Violet」 with us!