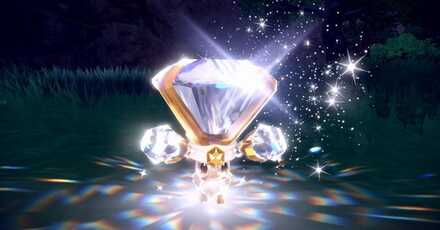 The Terastal Phenomenon of the Paldea Region gives players the ability to change their Pokemon to be any type, opening a whole world of new combinations and strategies in Pokemon Scarlet and Violet (SV). Read on for the best Pokemon and best tera type combinations, strategies and more!

By Terastallizing to a type that the Pokemon already has, it gets an even further boost on already boosted STAB attacks. The 3 Pokemon listed here not only deal massive damage already thanks to their Abilities and stats, but by reducing one of their Types, all 3 Pokemon become much more viable defensively as well. Scizor and Breloom lose their 4x weaknesses to Fire and Flying respectively, while Azumarill loses its Poison weakness. 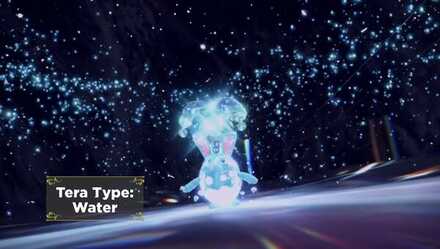 Azumarill has been confirmed to be included in Pokemon Scarlet and Violet. When the Fairy Type was introduced and retroactively added to Azumarill in Generation VI, Azumarill also gained another weakness in the Poison Type. By Terastallizing Azumarill into a pure Water Type, Azumarill gets some excellent advantages:

By Terastallizing and using the move Tera Blast, Pokemon that previously did not have good coverage options or specific Type matchups now have more options and viability. For example Cloyster usually gets walled by Steel Types, but by Terastallizing into a Fire Type and using Tera Blast, it can now turn the matchup in its favor.
TM171 Terablast: Location and Effect

Pokemon that have 4x weaknesses can become much more competitively viable by Terastallizing. For example, Gyarados is normally 4x weak to Electric, however by Terastallizing into a Ground Type, not only does it become immune to Electric Types, but it can quickly take them out with STAB super effective Earthquakes or Tera Blasts. 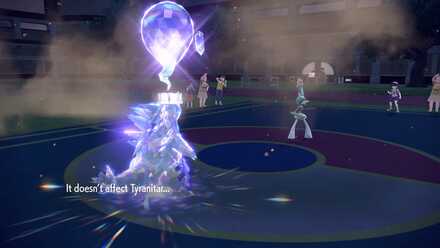 Tyranitar is a Pokemon that sees a large amount of competitive usage each generation. It is useful as both a Dark Type attacker and a Rock Type attacker, as well as a Sandstorm and Stealth Rock setter. Tyranitar's largest downfall has always been its 4x Fighting Type weakness. Thanks to the Terastal Phenomenon, this can now be mitigated while giving it a large Tera STAB boost to either its Dark or Rock Type by Terastallizing into either of those Types. This will surely lead to Tyranitar being a huge threat in competitive battles.
Tyranitar Stats and Information 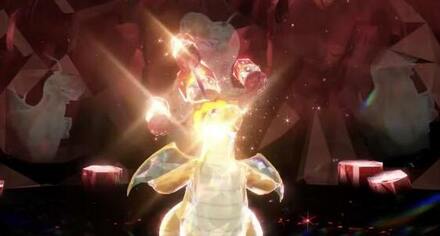 Dragonite is another Pokemon with great potential that is let down by the 4x Ice weakness that its dual Dragon and Flying typing gives it. Terastallizing Dragonite into one of these 2 types could be what it needs for VGC relevance. With a Dragon Tera Type, Not only would Dragonite get a huge boost to its already powerful STAB boosted Dragon Type moves, but it would also lose its biggest weaknesses. Its 4x Ice weakness would become 2x and it would no longer be weak to Rock, leaving it only weak to Ice, Fairy and Dragon.
Dragonite Stats and Information

Pokemon with Good Abilities for Terastallizing

It is important to consider the Ability of the Pokemon when Terastallizing. For example, Lilligant has the ability Chlorophyll, which raises its speed under sunshine. If it Terastallizes to a Fire Type, it will also gain access to STAB sunshine boosted Fire Type Attacks, as well as taking 50% less damage from Water Type attacks (which it will then be weak to), and no longer be weak to Fire Type Attacks. 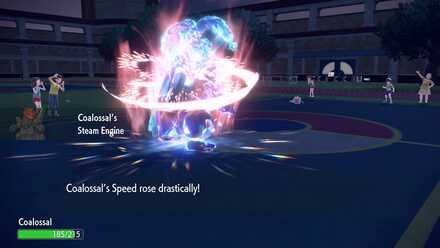 Coalossal is another Pokemon confirmed to return in Pokemon Scarlet and Violet. Coalossal saw a large amount of play in competitive matches in Pokemon Sword and Shield thanks to its Steam Engine ability. This is an ability that maxes Coalossal's Speed when it is hit by a Water Type move. As a dual Fire and Rock Type, receiving 4x super effective damage was always a steep trade-off, however thanks to the Terastal Phenomenon there are now ways to mitigate this.

By Terastallizing Coalossal into a Water Type, you remove its many weaknesses and replace them with just 2: Grass and Electric. Steam Engine still activates upon receiving damage from a Water or Fire Type move, which are now both resisted thanks to Coalossals new Water Tera Type. Unfortunately Coalossal loses access to Scald in Pokemon Scarlet and Violet. Scald is an 80 Base Power, 100% accuracy Water Type move which has a 30% chance to burn the target. To make up for this, a Water Tera Type Coalossal should be taught the move Tera Blast.

By Terastallizing Coalossal into a pure Fire Type, you keep its Fire STAB and boost it further thanks to its Tera boost, all while halving the amount of damage it takes from Water and Ground Type attacks, which are now only 2x effective. If you give Coalossal a Weakness Policy to hold (a common strategy in Pokemon Sword and Shield VGC), Coalossal will then get a 2 stage boost to both its Attack and Special Attack to go along with the Speed boost. Another niche usage of a Fire Tera Type Coalossal would be utilizing the move Burn Up. This is a 130 Base Power attack that causes the user to lose its Fire Typing following the use of this attack. This would leave Coalossal Typeless, with no weaknesses or resistances until it switches out. 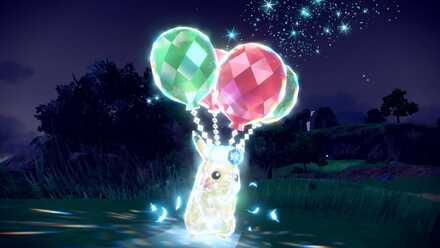 The early purchase bonus Flying Terastal Pikachu is stronger than you think! Pikachu has a hidden ability called Lightning Rod, which draws in Electric Type attacks and gives Pikachu a Special Attack boost instead of receiving damage. Not only does this eliminate one of its weaknesses, leaving it only weak to Rock and Ice Type moves, but it also strengthens Pikachu in the process.
Pikachu Stats and Information

Terastalize Any Pokemon to the Electric Type and Give it an Air Balloon For Temporary Weakness Removal! 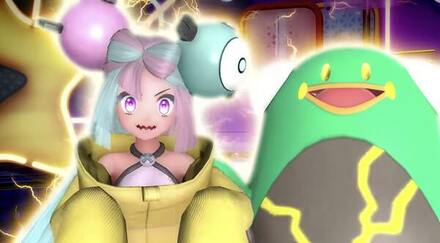 In the Pokemon series, the Electric Type is the Type with the fewest weaknesses, only being weak to Ground Type. If you give your Electric Tera Type Pokemon the hold item Air Balloon (a hold item that makes the holder immune to Ground Type moves and entry hazards until receiving damage from an attack) it will temporarily be completely weakness free! This is an excellent strategy for both Pokemon with high bulk, making them much more difficult to handle, as well as more fragile Pokemon, making them more difficult to OHKO.
Terastal Phenomenon: All Types and Explanation

Terastalize a Pokemon With the Levitate Ability to the Electric Type for Permanent Weakness Removal! 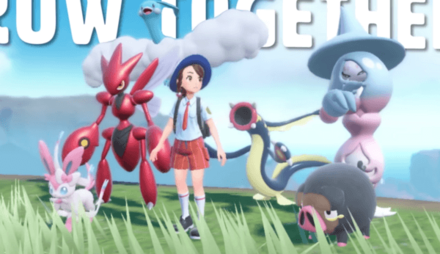 The Levitate ability is an ability which makes the Pokemon immune to Ground Type moves. Unlike Air Balloon, which has its effects fade upon receiving damage, Levitate is permanent (except in niche cases like ability swap or mold breaker). This means if you Terastallize a Pokemon with the levitate ability, it will effectively have 0 weaknesses.

This has already been possible prior to the introduction of Tera Types with one Pokemon, Eelektross. This Pokemon saw a good amount of competitive play during the generation it was available in and has made a return in Pokemon Scarlet and Violet.

Terastallize Rotom to Electric Type for a Formidable Weaknessless Attacker 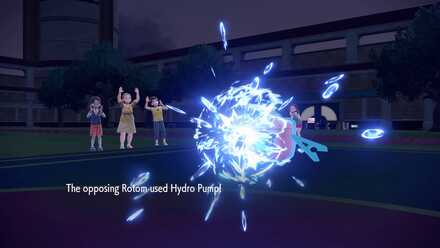 Rotom has been a staple in competitive Pokemon ever since it got access to its various forms (particularly the Wash Form). Now, thanks to Tera Typing, Rotom can take full advantage of its Levitate ability by removing its secondary typing and becoming a pure Electric Type. This will leave Rotom with functionally no weaknesses while also significantly boosting its Electric Type attacks.
Rotom Stats and Information

Pokemon with Levitate in Pokemon Scarlet and Violet

The following Pokemon have the Levitate ability as either one of their regular or hidden abilities in Pokemon Scarlet and Violet:

Terastallized Pokemon Can Not Become Typeless

Once a Pokemon has Terastallized, its Type can no longer be altered through the effects of moves or Abilities. This means moves such as Double Shock and Roost will not leave a Terastallized Pokemon of the respective Electric or Flying Tera Types typeless. Soak will also fail to change a Pokemon's type to Water. The Protean Ability also will not change the users type. 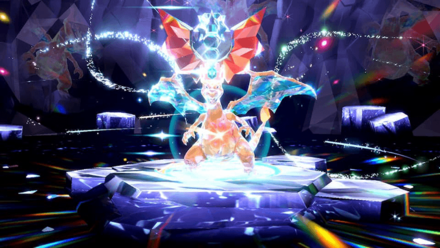 Pokemon that appear in Tera Raid Battles may have a Tera Type that's different from their usual type. Seek out Tera Crystals throughout Paldea to get a chance to encounter these unique Pokemon! Each Raid Den's Crystal has a color and map symbol that corresponds to the Tera Type of the Pokemon contained within. From time to time there are also limited time special Tera Raid Events with rare Pokemon and Tera Types.
Tera Raid Events and Schedule

Use Tera Shards to Change Your Pokemon's Tera Type

If you collect 50 Tera Shards of your desired Tera Type, you can change your Pokemon's Tera Type. You can get Tera Shards as rewards for clearing higher difficulty Tera Raid Battles, in the range of 3★ raids and up. You can obtain the rewards as long as you catch or defeat the raid Pokemon! You will only receive a limited number of Tera Shards of a specific Type for completing a Tera Raid however, so it is a very time consuming process.

In order for us to make the best articles possible, share your corrections, opinions, and thoughts about 「Best Tera Types: Best Pokemon to Terastallize | Pokemon Scarlet and Violet (SV)」 with us!