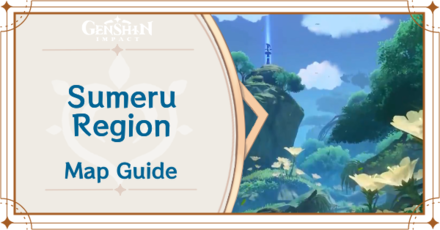 Sumeru is the land of Dendro, and the fourth region in Teyvat for Genshin Impact. See Sumeru's regional info, release date in 3.0, location, domains, weapons, features, puzzles, quests, enemies, and characters from Sumeru in this map guide!

How to Unlock Sumeru

Enter the Pathway from the Chasm 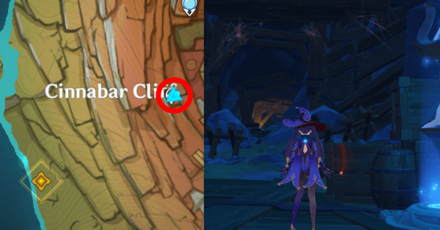 You get to Sumeru by going through a tunnel in the Chasm. Teleport to the waypoint in Cinnabar Cliff and reach the end of the tunnel to see Sumeru.

All Sumeru Locations and Areas 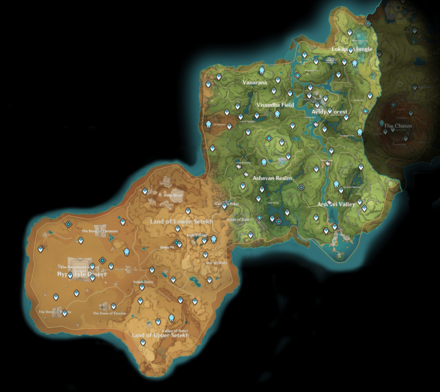 Sumeru is to the west or southwest of Liyue, where the Traveler will have to go through The Chasm's surface to get to Sumeru's rainforest region.

Sumeru's Rainforest area was released in Version 3.0, while the Desert area is part of the Version 3.1 update.

All Regional Features in Sumeru

The Tree of Dreams 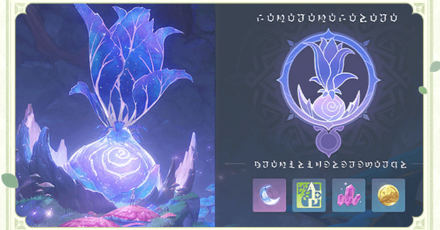 How to Unlock the Tree of Dreams 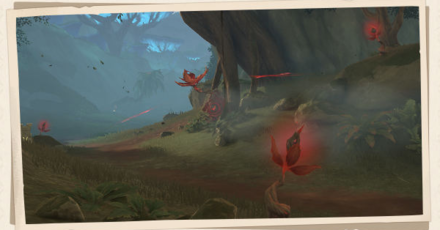 The Withering is a phenomenon which corrodes an area with desolation and decay in the Sumeru region. It occurs on areas where there is a tumor, which you must destroy to cleanse its corrosive power.

How to Clear the Withering Zones Guide 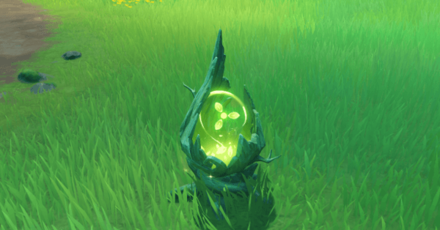 The Dendrogranum are spirits that can be found on branches throughout Sumeru, similar to how you can find Electrogranum at Thunder Sakura Boughs in Inazuma.

Creatures and plants in Sumeru can transform when activated by Dendro, which revives scorched objects, Electro which energizes its effects, or Pyro, which scorches it.

One such example is the jump boosting mushroom. Once you jump on it with only Dendro, it will boost you up at a certain height. If you add Electro, the boost is even higher!

Four-Leaf Sigils and Clusterleaves of Cultivation

Latching to a Four-Leaf Sigil pulls you into its location, which is especially helpful when exploring wide gaps or mountains!

Clusterleaves of Cultivation are large bulbs that release Four-Leaf Sigils into the air once affected by Dendro. 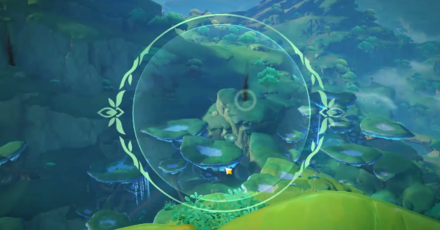 You can use the Seed Mirror's Observe function to find nascent Withering Zones that look like black smoke. When you apply Electro to the Seed Mirror,, you can use it to find Aranara instead!

How to Use Seed Mirrors

Gaining Clearance in the Ruins 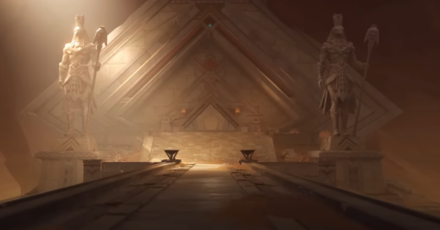 Clearances are checks that prevent the players from using mechanisms in the Ruins of King Deshret until they have passed sufficient Clearance Levels. How you can progress this roadblock is not yet officially known.

How to Increase Clearance 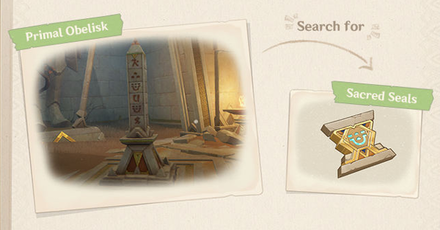 Interact with these monuments by finding Sacred Seals scattered throughout the ruins using the remnants of the Primal Obelisk's power.

You can create Ruin Devices with the "Replicator Keystones." They materialize objects using Forged Primal Lights. One ruin device you can create is the Verity Cell, which causes invisible objects to appear! 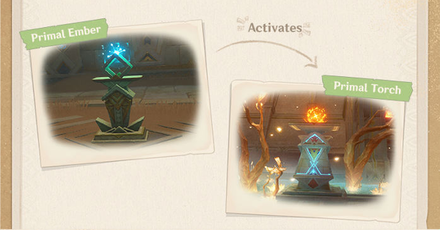 Interact with the Primal Torches using the Primal Embers scattered throughout the Ruins of King Deshret.

Plinth of the Secret Rites 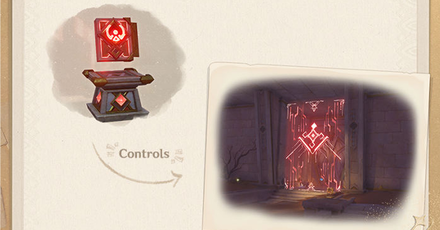 You must use the control that looks like a small monument with a floating ancient tablet to deactivate roadblocks in your path.

Plinth of the Secret Rites Guide 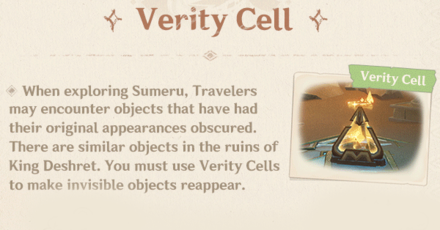 Verity Cells are triangular mechanisms that can reveal hidden or obscured objects.

How to Use Verity Cells

All Quests in Sumeru

All Quest Types in Sumeru 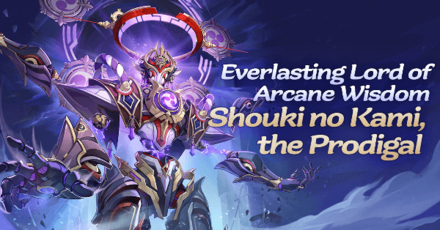 The 6th Fatui Harbinger, Scaramouche, gained his own Trounce Domain Boss battle in Version 3.2, during the Archon Quest Chapter 3: Act 5!

Other Enemies in Sumeru

In order for us to make the best articles possible, share your corrections, opinions, and thoughts about 「Sumeru Map and Unlock Guide | Genshin Impact」 with us!