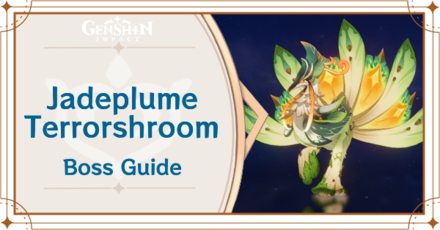 The Jadeplume Terrorshroom is a Field Boss located west of Vanarana, found to the northwest of Sumeru. It was introduced in Version 3.0 of Genshin Impact. 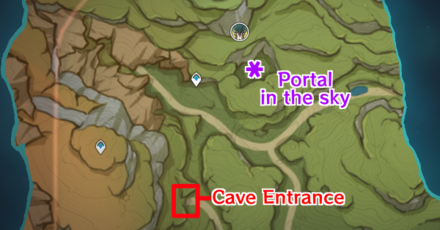 Enter the Tunnel to the South

Use the Portal in the Sky

You can also use the Portal closer to the Jadeplume Terrorshroom's location aboveground. Reach the portal by applying Electro to the Bouncy Mushroom right below it, surrounded by three Winged Dendroshroom.

Remember to activate the Teleport Waypoint just outside the Jadeplume Terrorshroom's territory to get there easier after the first time!

Bring Electro and Hydro for Hyperbloom

Bring a Hydro and an Electro Character to take advantage of the Hyperbloom Elemental Reaction to deal damage to the Jadeplume Terrorshroom!

Are you missing specific characters, or have you not built a full party yet? Teaming up with others from our Co-Op boards is a great way to quickly beat the Jadeplume Terrorshroom and other bosses.

Has an Activated State

The Jadeplume Terrorshroom can go into an Activated State that allows it to unleash powerful attacks until exhaustion.

When it is not in its Activated State, the Jadeplume Terrorshroom can be affected by reactions such as Burning. It will spread spores to attempt to remove the reactions.

Characters that Use Majestic Hooked Beak

These characters will need a total of 46 Majestic Hooked Beak each to reach ascension level 6! 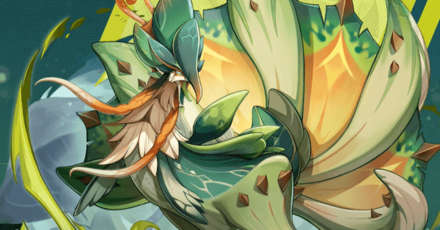 The Jadeplume Terrorshroom is a Fungus that evolved over the years into a powerful being.

The Jadeplume Terrorshroom was first introduced in the 3.0 Livestream and officially released in the Version 3.0 update on August 24, 2022.

In order for us to make the best articles possible, share your corrections, opinions, and thoughts about 「Jadeplume Terrorshroom Boss Fight and Location | Genshin Impact」 with us!