List of Bosses and All Boss Fight Guides | Genshin Impact 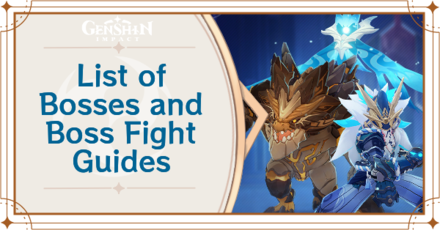 A list of all Bosses in Genshin Impact, with guides for beating each Boss. Learn the Weekly Boss and Field Enemy locations, Respawn timers, and Original Resin cost here in this boss guide!

Weekly Bosses are enemies that you can only fight once a week, but drop rare Artifacts, Character Ascension Materials, and rare Crafting Materials. These bosses reset weekly. 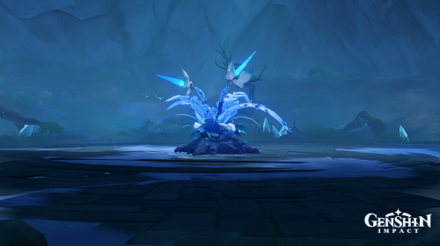 Field Bosses are large enemies that respawn slowly, but drop great rewards such as Character Ascension Materials and Artifacts, the rarity of which will depend on your World Level. Their locations are fixed on the map.

A Feild Boss will need about 3 minutes in real time to respawn in-game. Players will also need to teleport away from it's spawn location in order to start the countdown.

Post (0 Comments)
Opinions about an article or post go here.
Opinions about an article or post
We at Game8 thank you for your support.
In order for us to make the best articles possible, share your corrections, opinions, and thoughts about "List of Bosses and All Boss Fight Guides" with us!
When reporting a problem, please be as specific as possible in providing details such as what conditions the problem occurred under and what kind of effects it had.