How to Switch Characters | Genshin Impact

Have many characters at your disposal? Want to switch in the heat of battle? Or simply wanting to change your roster before setting out on missions or in the fields? Our character switching guide for Genshin Impact has you covered!

How To Switch Characters

The Team members can also be changed (out of combat) by summoning Paimon and selecting change character from the menu. This will allow you to organize a 4 character group. Note that there are several sets for team composition, lacking characters for a team? Learn how to get more characters with our guide below.

How to Get Characters 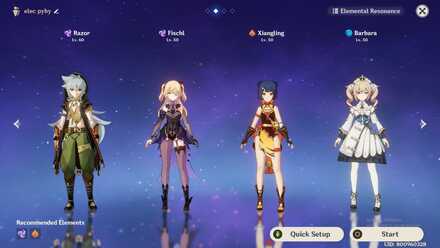 When entering temples, you will be prompted to create a team before being able to enter the temple. There will also be restrictions as some dungeons require a certain element(s) in order for them to be completed. Make sure to have a variety of characters on your team!

Register as a member and get all the information you want. (It's free!)
Login
Opinions about an article or post go here.
Opinions about an article or post
We at Game8 thank you for your support.
In order for us to make the best articles possible, share your corrections, opinions, and thoughts about "How to Switch Characters" with us!
When reporting a problem, please be as specific as possible in providing details such as what conditions the problem occurred under and what kind of effects it had.