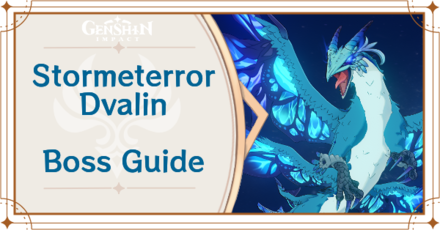 Attack From Afar with Charged Shots

Ganyu is the best character against Dvalin as she can attack Dvalin from afar and can deal a lot of ranged DMG. When Dvalin gets stunned, use Bennett and Mona to buff Ganyu's ATK. Afterwards, use Xiangling's Elemental Burst to deal additional Melt DMG.

All the Best Characters for Stormterror Dvalin

How to Beat Stormterror Dvalin 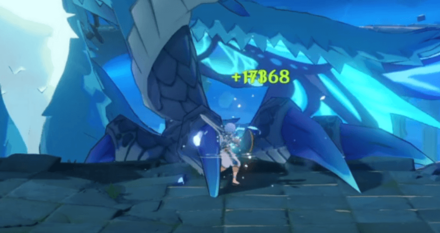 Once the shield is broken, Dvalin will be stunned for a few seconds exposing the weakpoint on his neck.

While Dvalin is flying you can also use bow characters to damage his shield, so you don't have to wait for him to go down. 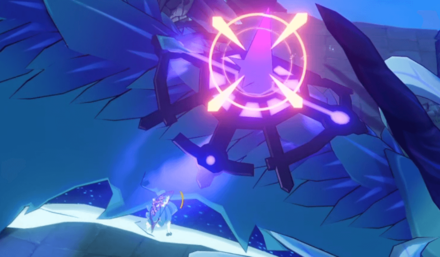 When Dvalin's shield is broken, he will collapse on the platform for a few seconds giving you a chance to attack the weakpoint on his neck. If you have ranged characters you can just directly attack it.

If you only have melee characters, you will have to climb the neck in order to attack it.

When Dvalin's HP drops below half, he will do a special attack that will crack the platform that you're currently on, dealing damage to you overtime. The safest option is to move to the wind current to either side of the platform and glide to the next platform.

You may need to move a number of platforms before you reach an undamaged one.

A bite attack that can be avoided by moving the edge of the platform. After Dvalin attacks, you have a small window where you can attack his neck and head with your melee characters.

Dvalin will slowly move from left to right or right to left depending on which side Dvalin faces when he holds the platform. You can avoid this by moving to the opposite side of where Dvalin starts his wind breath attack.

You can also use this opportunity to attack the claws and break his shield.

A fast-moving charge attack that can be avoided by running to your left or right. There is also a safe spot between his claws but you should only try to use this when you are sure that you will not be able to move away from the attack.

You can avoid this by moving outside of the blue circle that will start to appear on the ground after Dvalin flies around the stage.

Dvalin fires two wind projectiles towards the platform, avoid this by running left or right. Take note that this attack has a small explosion radius upon contact, make sure that you are not within its range to prevent any damage.

Dvalin's signature skill where some of the platforms in the stage will start to show blue cracks. Standing on these blue cracks for a long time will deal damage. You can use the wind currents at the edge of each platform to glide to a safe area.

A slow yet powerful wind projectile that can hit anyone standing on the platform it is aimed at. You can avoid taking damage from this attack by immediately moving to the next platform as soon as the attack animation starts.

More Info on Stormterror Dvalin in the Trounce Domain Guide 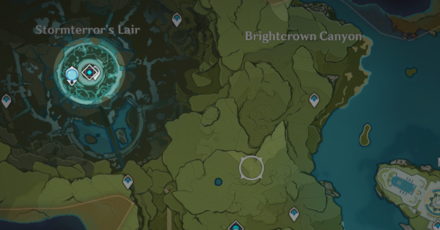 Stormterror Dvalin can be found in the Stormterror's Lair, Mondstadt. You will only be able to access it after completing the Prologue, Act 3 of the Archon Quest storyline and must be at least Adventure Rank 25.

In order for us to make the best articles possible, share your corrections, opinions, and thoughts about 「Stormterror Dvalin Boss Guide | Genshin Impact」 with us!