Nameless Treasure Locations, Rewards, and Where to Sell | Genshin Impact 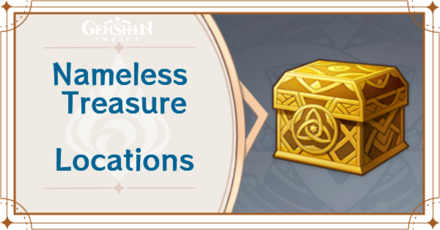 Nameless Treasure is a quest item you can sell in Liyue, found in Lingju Pass, Qingxu Pool, and Dunyu Ruins of Genshin Impact. Check out all locations and puzzle solutions for Nameless Treasures, how to get them, and where to sell it to Linlang for rewards in this guide!

Buried by the Golden Tree in Lingju Pass

You can find the treasure under the golden tree in the middle of the lake after completing the quest. Circle the tree's roots until you see a dirt spot indicating someone has buried something there. Interact with the dirt spot to get the Nameless Treasure.

''And This Treasure Goes To...'' Quest Walkthrough

Head to the marked location to trigger the quest. The final objective of the quest is to mine the Nameless Treasure by the roots of the golden tree in Lingju Pass.

And This Treasure Goes To... Quest Guide 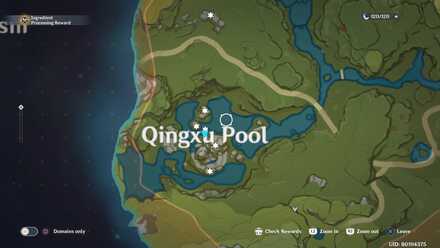 For this treasure to appear you will need to activate 5 seals with Geo attacks or abilities. The seals are marked on the ground with a Geo symbol and are located in towers around the area.

A cutscene will be triggered after you light the fifth seal, showing you the location of Qingxu Pool's Nameless Treasure. 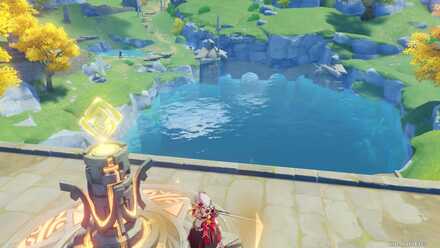 To find the treasure you will first need to locate and light 4 torches to be able to activate the Geo pillar with a Geo attack.

After activating the Geo pillar, the lake will drain and you will be able to see the treasure. Unfortunately, it will be covered by a large wind barrier that can only be deactivated once the 3 Seelies are guided to their statues.

Once all Seelies have been guided to their statues and the wind barrier has been lifted, you are free to collect the Nameless Treasure amongst other rewards of the Dunyu Ruins!

What to Do with the Nameless Treasures

You can sell the Nameless Treasures to Linlang at the Antique Shop after finding all three of them. It should be on the other side of the stairs next to Mingxing Jewelry. 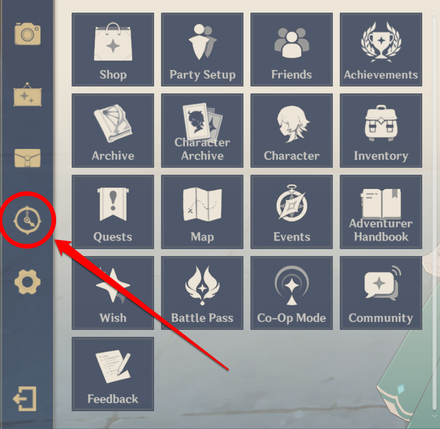 To sell to Linlang, adjust your time to 21:00 and look for the antique shop in the marked location. Linlang only appears at night after 21:00, so you won't be able to see her during the day!

What are Nameless Treasures?

Three Treasures You Can Sell 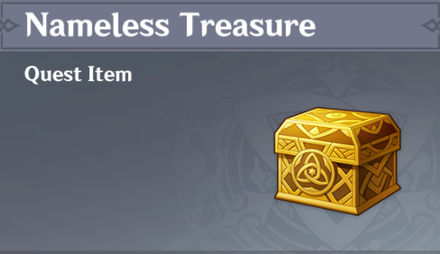 You can find the three Nameless Treasures in Lingju Pass, Qingxu Pool, and Dunyu Ruins.

In order for us to make the best articles possible, share your corrections, opinions, and thoughts about 「Nameless Treasure Locations, Rewards, and Where to Sell | Genshin Impact」 with us!