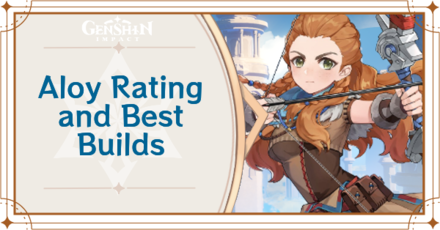 This Main DPS build for Aloy focuses on dealing reaction-based Elemental DMG from her Elemental Burst. It is best suited for Reverse Melt (Cryo on Pyro) quickswap teams where characters simply use their Elemental Skills and Bursts to deal DMG.

Since quickswap is Aloy's best type of team comp, we will want to prioritize her Elemental Burst, with her Elemental Skill following after.

All Recommended Weapons for Aloy

How to Use Aloy 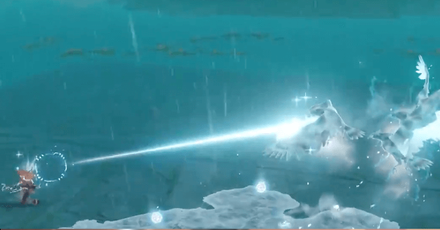 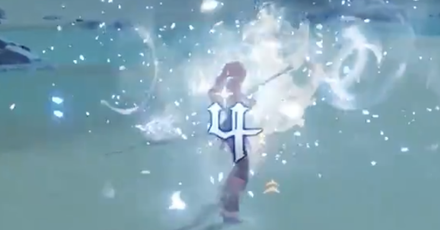 Use Aloy's Elemental Burst on Mobs 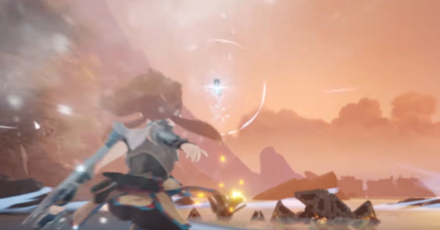 During her Elemental Burst, Aloy throws a Power Cell and shoots it in mid-air, letting her deal AoE Cryo Damage over a large area. This attack works best on large enemies and mobs, especially when paired with the Hydro element to trigger Freeze. 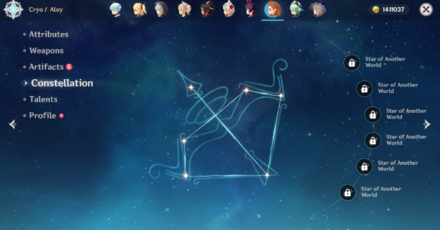 Aloy's Constellations are currently unavailable, and there is no way to increase her constellations. It is possible that an event where you can unlock it may happen in the future!

Sneak up on certain Animals 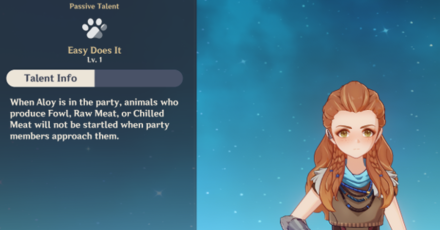 Aloy's passive talent, Easy Does It, lets you sneak up on animals that produce Fowl, Raw Meat, or Chilled Meat!

How to Get Aloy

No Longer Available on PS4, PS5, Mobile and PC

As of now, there is no way to get Aloy from any event or banners. Aloy was only available for free on all platforms from October 13 to November 24, 2021 during Version 2.1 and 2.2, as part of the Horizon Zero Dawn collaboration!

Previously Available in Version 2.1 and 2.2 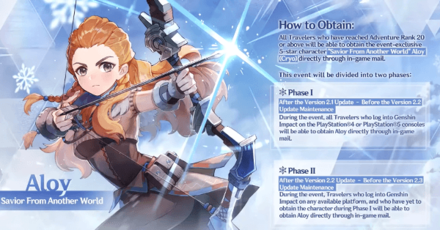 To get Aloy, you needed to reach Adventure Rank 20, and log-in during September 1 for PS4/PS5 Players to October 13 for all platforms during the Horizon Zero Dawn Collab! You get her via in-game mail.
Version 2.1 Patch Notes and Summary 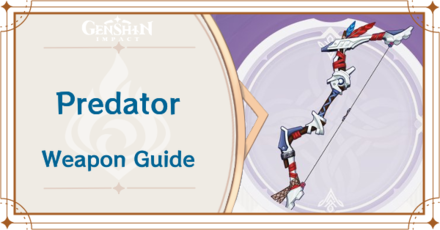 Weapon No Longer Available to Claim

Along with Aloy, her signature 4-star Bow Predator was released for free for only PlayStation players. While players could get Predator by linking PSN to Mobile and PC, the weapon's special skill only activates on the PlayStation.

Like Aloy herself, the claiming period for the Predator bow has already ended.

Predator Stats, Skill, and How to Get


An outcast since birth, Aloy grew up in a harsh mountain wilderness near the tribe that shunned her. Fostered by an expert hunter, she trained to hunt with cat-like grace and deadly accuracy – but the things she most wanted to learn, he could not teach her. Most of all, she burned to know the circumstances of her birth – who her parents were, and why she was shunned by the tribe.

Her quest for answers swept her into a wider and more dangerous world than she ever could have imagined. She encountered strange and powerful new tribes, ancient ruins rife with mysteries, and dangerous enemies, both human and machine.

Eventually she learned that her origins and destiny were deeply tied to the fate of the world itself, and fought an epic battle to save it against the evil forces of an artificial intelligence from the ancient past.

She thought that this would be the end of her journey. But there is always more to an adventurer's tale. She has now come to Teyvat in search of a new challenges.

In this brave new world, Aloy is ready for the hunt! 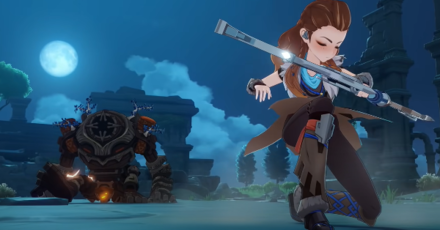 Aloy is the Main Protagonist of the game Horizon Zero Dawn, and arrived in Teyvat in a crossover as a collab character for Genshin Impact! She is also the first ever collab character to arrive in Genshin, which may mean that more collaboration characters may appear in the future! 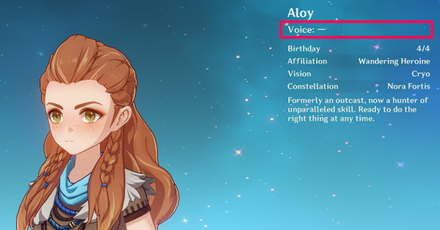 Aloy's English voice actor is currently not officially revealed, only indicated by a long dash ''—'' in her in-game profile. It is speculated that Aloy's actual voice actor in Horizon Zero Dawn, Ashley Burch, is the same voice actor for Aloy in Genshin Impact.

Unlike other languages, English is the only language setting whose official voice actor for Aloy is unknown.

Who do you think Aloy's EN VA is?

Got any ideas or thoughts on who Aloy's EN Voice Actor is? Let us know in the comments below!

See more comments (52 Comments)
Opinions about an article or post

In order for us to make the best articles possible, share your corrections, opinions, and thoughts about 「Aloy Rating and Best Builds | Genshin Impact」 with us!