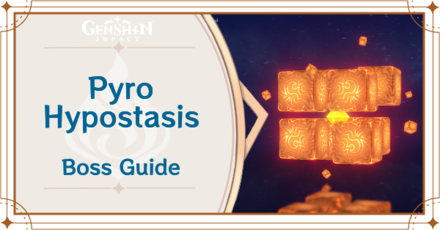 The Pyro Hypostasis is a field boss in found Inazuma in Genshin Impact. Check out how to beat the Pyro Hypostasis, where to find it, its item and material drops, and the best party against this boss!

Located in the Inazuma Region 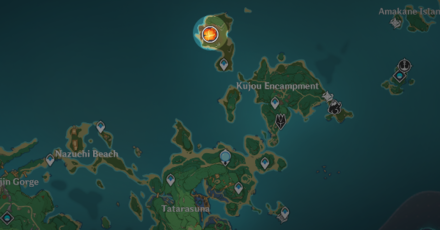 The Pyro Hypostasis can only be found in Kannazuka, Inazuma. Learn what else you can find in the Electro Nation in our guide!
View Inazuma Map Guide

The Pyro Hypostasis has two states when you fight it:

Are you missing specific characters, or have you not built a full party yet? Teaming up with others from our Co-Op boards is a great way to quickly beat the Pyro Hypostasis and other bosses!

How to Defeat Pyro Hypostasis

Extinguish the Ignited State with Hydro 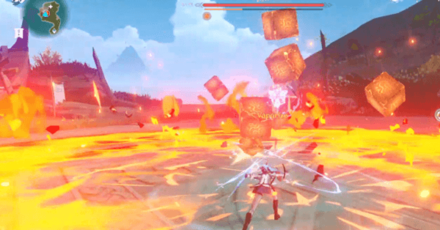 How to Extinguish the Ignited State

Use Hydro Attacks to quickly extinguish the Pyro Hypostasis' shield!
List of All Hydro Characters

Go All Out When Extingushed 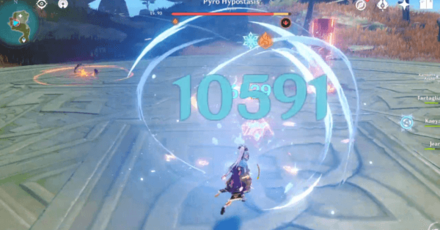 The Pyro Hypostasis will go into Extinguished State after the Ignited State bar gets depleted, making it vulnerable to damage. Use your strongest attacks when it shows its core!

Use Elemental Attacks on the Tinders 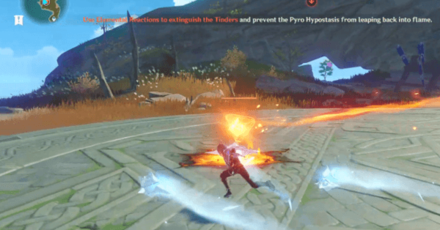 When the Pyro Hypostasis loses most of its HP, it will curl up to protect itself and Tinders on the field. Destroy the Tinders as soon as possible using Elemental Attacks (with the exception of Pyro) before it manages to go into its Ignited State again.

The Pyro Hypostasis turns into a fist and punches the ground. After the initial blow, a wave of fire attacks will extend outward in a circle.

The Pyro Hypostasis turns into a ball that rushes towards players. Being hit by the ball might damage you more than once, so stay sharp and dodge at the right time!

The Pyro Hypostasis turns into a throbbing ball then trigger an explosion with a wide AoE. The AoE can be seen before the ball explodes, so keep your distance!

The Pyro Hypostasis turns into a tower and launches balls of fire. Keep your distance even as the balls hit the ground, because they explode on impact and can damage you!

The Pyro Hypostasis launches three consecutive attack patterns, meaning you will have to keep dodging until the three-phased attack is over!

Flame Pillars continuously shoot out of the ground during this attack. The location of the Flame Pillars are shown before they shoot up, so be sure to dash out of the AoE!

Characters that Use Pyro Hypostasis Materials

Burned Yourself, Did You? Achievement

In order for us to make the best articles possible, share your corrections, opinions, and thoughts about 「Pyro Hypostasis Boss Guide | Genshin Impact」 with us!