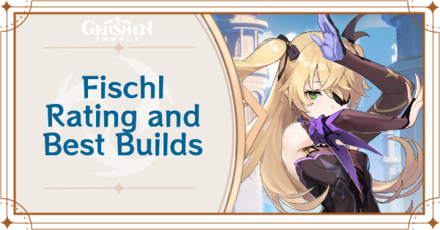 Main and Sub-DPS Builds for Fischl

This is a generalist build for Fischl that can work for both Main DPS and Sub-DPS. An Electro Goblet should be prioritized when Fischl unlocks C6.

This Fischl build will be her best Sub-DPS set if she can constantly deal Elemental Reaction damage like Aggravate or Overloaded. Choose between and ATK% or EM sands piece depending on its substats.

Similar to the Gilded Dreams set, a 4pc. Thundering Fury set is only slightly behind when compared to Gilded Dreams. Your Crit substats will primarily determine which between our three recommended sets you should use.

Main DPS Fischl relies on her Normal Attacks for her DMG on-field. Afterwards, level up both her Elemental Skill and Burst.

Sub DPS on the other hand utilizes her Elemental Skill the most since Oz's attacks scale with the Elemental Skill level. Her Elemental Burst damage comes second since its an important part of her toolkit to keep Oz constantly on the field.

All Recommended Weapons for Fischl

This team specializes in dealing Spread and Aggravate damage. In general, you can never go wrong with having Fischl in the party for any Dendro-Electro team comp!

This team specializes in taking out multiple enemies with the Electo-charged reaction. Fischl provides Electro thanks to her Elemental Skill so that a Hydro DPS like Ayato can trigger Electro-charged and provide Electro particles for Beidou.

This is Fischl's best team without any 5-star characters. A combination of Fischl and Xingqiu's Elemental Bursts combined with Fischl's Oz and Sucrose's Swirl through her Normal Attacks allows you to deal a lot of Electro-charged DMG in the process!

Fischl's 1st Constellation enables Oz to assist her in doing Normal Attacks. This is almost a must pull constellation for a Main DPS Fischl.

The Electro DMG ATK that Oz does when he's on the field is excellent for characters who can deal fast Normal Attacks. The faster your Auto Attacks are, the more DMG this constellation provides!.

How to Use Fischl

Both Fischl's Elemental Skill and Burst will summon Oz. Keeping Oz on the battlefield as long as possible is the key to maximizing Fischl's DMG as either Sub DPS or Main DPS. Keep an eye on Fischl's Skill and Burst cooldowns to make sure Oz is up much as possible.

Fischl will be invulnerable only for a moment after transforming into Oz. After that she will take any damage dealt and can be knocked out in Oz form.

Undone Be Thy Sinful Hex

How to Get Fischl

Fischl is available at a normal rate on all Standard Wish Banners except Beginner's Wish. This means you can get her from Wanderlust Invocation, Epitome Invocation, and the current Character Event Wishes.

As a 4-star character, Fischl has a chance to appear in the Starglitter Exchange every month. She can be traded for 34 Masterless Starglitter.

How to Get Fischl Skin 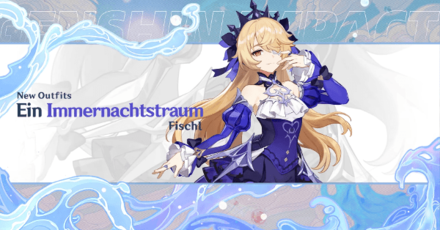 In order for us to make the best articles possible, share your corrections, opinions, and thoughts about 「Fischl Rating and Best Builds | Genshin Impact」 with us!