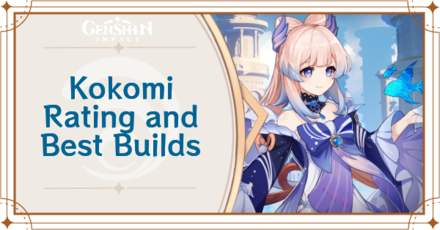 This Kokomi build focuses on dealing DMG through her Elemental Burst powered Normal Attacks and the bubble from the Ocean-Hued Clam set. Even when built as a Main DPS, Kokomi functions very well as a healer.

This Kokomi build is built similarly to her Main DPS build. This build sacrifices better potential healing for more off-field damage. Kokomi's Energy requirements will depend on your team comp but having around 180%-220% Energy Recharge is a good goal.

This Kokomi build specializes in pure healing while also providing an ATK buff from the Tenacity of the Millelith artifact set. You will need 180% - 220% Energy Recharge to keep her Elemental Burst up as most of her best teams don't have a Hydro battery.

If you're building Kokomi as a Support, prioritize on leveling up her Elemental Skill to not only deal more DMG, but also heal a lot more HP for the active character.

All Recommended Weapons for Kokomi

This Kokomi Bloom team focuses on Freezing enemies and creating Dendro Cores. Shinobu will serve as an off-field Sub-DPS that will trigger the Hyperbloom reaction with her Elemental Skill at the same time. Only Shinobu should use EM artifacts in this build.

This team specializes in taking out multiple enemies with the Electo-charged reaction. Kokomi acts as both the healer and provides a lot of Hydro application for the team through her Normal Attacks.

Kokomi is one of the best Hydro characters for Freeze teams thanks to her Elemental Skill's wide range of Hydro application. With the Thrilling Tales of Dragon Slayers catalyst, Kokomi also acts as an ATK buffer for the Cryo DPS.

For low spenders, C1 is an excellent stopping point for Main and Sub-DPS Kokomi. This will further help in applying Hydro on enemies for Elemental Reaction focused team comps.

How to Use Kokomi 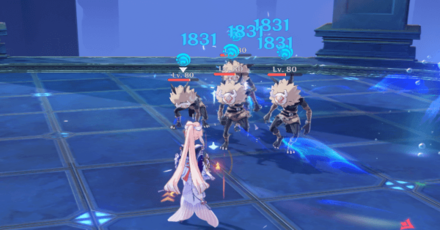 Kokomi's healing and Elemental Burst buffs scale off of her maximum HP. Equip her with artifacts that have high HP stats to get the most of her abilities!

Kokomi Does Not Need CRIT Stats 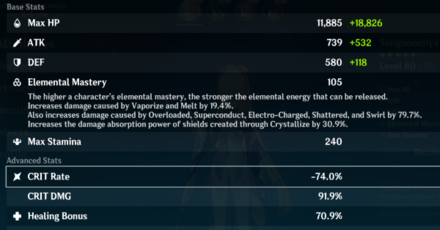 Kokomi has a passive that decreases her CRIT Rate by 100%, so it is not recommended to build CRIT artifacts for her.

She instead needs Healing Bonus and HP stats to increase her damage, to help her comrades in battle!

Heal and Attack with her Elemental Skill

Summon a Bake-Kurage to deal DMG and heal nearby allies. This is also a great way to constantly apply Hydro, but note that using the skill will apply the Wet status on Kokomi as well!

In addition, her Normal and Charged attacks also heals allies on-hit, and increases her resistance to interruption.

You can walk on water during her Burst!

While you're equipped with the Ceremonial Garment, you'll also be able to walk on water. The duration for this fun passive lasts for the whole duration of the burst.

Because of the short duration, it is not recommended using your burst when crossing wide rivers or large bodies of water.

Normal Attack: The Shape of Water

How to Get Kokomi 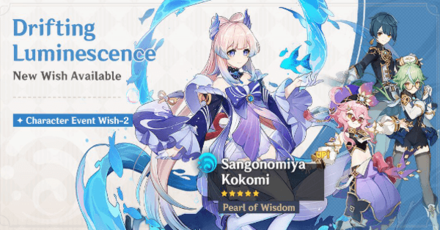 Kokomi's 2nd rerun banner was on Phase 2 of the Version 3.0 update! She had a simultaneous Rerun with Ganyu. The new 4-star character ''Dori'' was also a featured character on both banners!

See more comments (122 Comments)
Opinions about an article or post

In order for us to make the best articles possible, share your corrections, opinions, and thoughts about 「Kokomi Ratings and Best Builds | Genshin Impact」 with us!