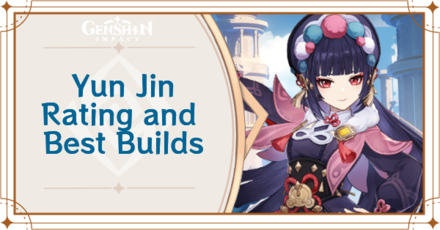 This Main DPS build for Yun Jin is only possible thanks to the Normal Attack DMG boost she provides to herself from her Elemental Burst. Physical DMG is the primary source of DMG in this build so she should be paired with a Superconduct team.

This Burst Support build provides the most DMG she can give from her Elemental Burst. The Sands piece can be swapped to Energy Recharge to meet your requirements. Crit Rate should only be taken if you are using the Favonius Lance.

Yun Jin as a support character will want to level up her Elemental Burst first since it's the primary source of her support abilities. Comparatively, her Elemental skill is not particularly strong but should still be leveled.

All Recommended Weapons for Yun Jin

Unlocking Yun Jin's 6th Constellation unleashes her potential as one of the best buffer for Normal Attack buffers in the game. Players lucky enough to reach this constellation will definitely have their effort pay off.

How to Use Yun Jin

Yun Jin is designed as a support Geo character who uses her Elemental Burst to buff the entire party's Normal Attacks based on her current DEF stat.

By unlocking her 4th ascension, she receives a passive that increases her DEF based on the number of different elemental characters in the party when she uses her Elemental Burst!

Hold Down for More Damage

During Yun Jin's Elemental Skill, she will perform the Opening Flourish stance and begin charging the attack. During this, she will be protected by a shield based on her max HP.

After fully charging or when her shield breaks, she will unleash the attack in a wide AoE that scales in damage based on her current DEF stat!

Like Beidou's Tidecaller Skill, Opening Flourish will deal max damage if the skill is used just as an enemy's attack hits. You can tell if it was timed correctly by how bright the flags on her back appear.

If Yun Jin's shield breaks before being able to charge the level 2 version, she will cast the skill early instead. Though the skill will always deal max damage if fully charged, players should still always take advantage of its parry capabilities.

What is Flying Cloud Flag Formation 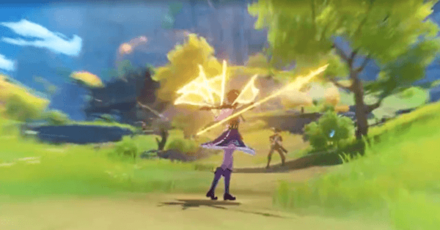 Bonus DMG is based on Yun Jin's current DEF and will be added when the active character deals Normal Attack DMG. This means that any buffs she receives that increase her total DEF will contribute to the bonus DMG she will provide!

This buff can only be triggered 30 times. Hitting multiple enemies with a single Normal Attack will trigger this effect multiple times based on the number of opponents hit!

Depending on how many different Elements are in your team and how many energy particles they can create, Yun Jin will need around 200% - 240% in order to comfortably use her Elemental Burst off cooldown. 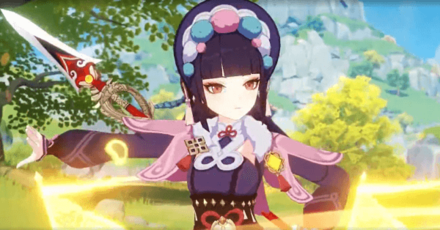 Yun Jin's talent, Breaking Conventions, will increase her DEF based on the number of different elements in the party.

At most, you should only use three different elements in the party since the resonance bonus provided by two of the same element can outweigh the small DEF increase provided by the talent. 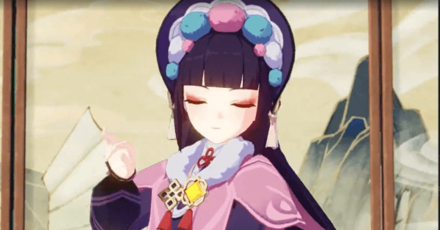 When Yun Jin achieves Perfect Cooking on dishes with Adventure-related effects, she has a chance to double the number of dishes produced!

How to Get Yun Jin

Yun Jin is available at a normal rate on all Standard Wish Banners except Beginner's Wish. This means you can get her from Wanderlust Invocation, Epitome Invocation, and the current Character Event Wishes.

Yun Jin's Thoughts About Others

In order for us to make the best articles possible, share your corrections, opinions, and thoughts about 「Yun Jin Rating and Best Builds | Genshin Impact」 with us!