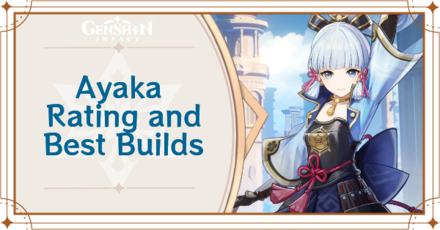 This Ayaka build will cover both useful roles for Ayaka. Blizzard Strayer is simply the best artifact set for any Freeze team build. Against enemies that can't be frozen, it is better to get any 2pc set that provides 18% ATK or the 20% Elemental Burst bonus from Noblesse.

The majority of Ayaka's damage will come from her Elemental Burst for both role types. Ayaka's Normal Attack becomes less of a priority for Sub-DPS since she will have less time on the field. Ideally, Ayaka's talents should be leveled up evenly in her Main DPS build.

All Recommended Weapons for Ayaka

Shenhe provides the damage buff, Kokomi applies hydro and heals the team, and Kazuha groups enemies together and decreases their Cryo Resistance thanks to the Viridescent Venerer Artifact Set .

This Ayaka F2P team will require her to get very close to enemies to apply the Wet status from Barbara's Elemental Skill. Kaeya will help refill Ayaka's Elemental Burst while the Anemo Traveler can slightly help with grouping enemies together.

Use characters that help in Freezing Enemies

Ayaka excels in dealing Cryo DMG and affecting enemies with the Cryo element, making her one of the best characters in a Freeze team comp.

It is also important for Ayaka to have another Cryo character in the party to provide energy for her Elemental Burst and a Hydro character to provide the freeze effect. Any Anemo character will need to use the Viridescent Venerer Artifact Set to help Ayaka deal the most damage possible.

C0 is Good Enough for Ayaka

Ayaka does not need any Constellations for her to be a top-tier Main DPS carry. This makes her an excellent character for new players who want to try their luck on re-rolling!

How to Use Ayaka 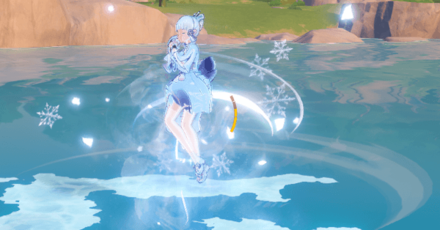 Similar to Mona, Ayaka has a special sprint that lets her move faster and enables her to dash along the water. After sprinting, Ayaka's Normal Attack Talent is infused with Cryo for a short period of time.

If you want to maximize Ayaka's Cryo DMG, we recommend using the special sprint before using the normal attacks. 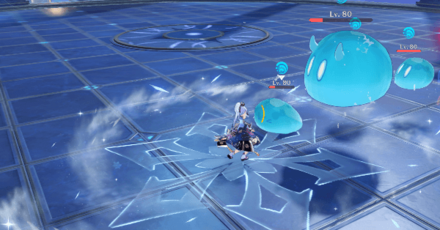 After unlocking the passive talent, Amatsumi Kunitsumi Sanctification, using Ayaka's Elemental Skill boosts her Normal and Charged ATK DMG. Activating her Elemental Skill whenever it is off cooldown will increase Ayaka's damage output. 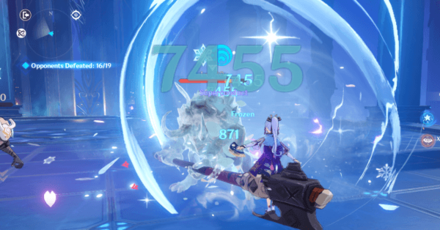 Perform up to 5 rapid strikes.

Consumes a certain amount of Stamina to unleash a flurry of sword ki.

Plunges from mid-air to strike the ground below, damaging opponents along the path and dealing AoE DMG upon impact.

''Clouds shroud the moonlit night. Longing descends like a fog, filling the one detained with wanderlust.''

Ayaka consumes Stamina and cloaks herself in a frozen fog that moves with her. In Senho form, she moves swiftly upon water.

When she reappears, the following effects occur:
・ Ayaka unleashes frigid energy to apply Cryo on nearby opponents.
・Coldness condenses around Ayaka's blade, infusing her attacks with Cryo for a brief period.

Summons forth a snowstorm with flawless poise, unleashing a Frostflake Seki no To that moves forward continuously.

Frostflake Seki no To
・A storm of whirling icy winds that slashes repeatedly at every enemy it touches, dealing Cryo DMG.
・The snowstorm explodes after its duration ends, dealing AoE Cryo DMG.

''Clouds shroud the moonlit night. Longing descends like a fog, filling the one detained with wanderlust.''

When Ayaka crafts Weapon Ascension Materials, she has a 10% chance to receive double the product.

How to Get Ayaka

There is currently no way to get Ayaka from active Wish Banners. Ayaka's latest rerun banner, The Heron's Court, was active from April 19, 2022 to May 31, 2022, for the second and third half of Verison 2.6. Her banner ran for two phases due to an unexpected Version 2.7 Delay.

Who is Kamisato Ayaka? 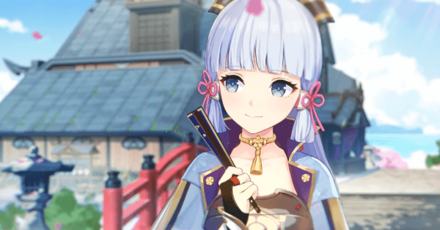 Ayaka holds the "Shirasagi Himegimi" and is very well-known across all of Inazuma. She's the face of the Kamisato Clan and the sister of Ayato Kamisato. Her stature is backed by her mastery of multiple things like tea ceremony, chess, and even the art of the sword!

For a better look into the life of Ayaka, we recommend checking out or Ayaka Lore guide!

See more comments (141 Comments)
Opinions about an article or post go here.
Opinions about an article or post
We at Game8 thank you for your support.
In order for us to make the best articles possible, share your corrections, opinions, and thoughts about "Ayaka Rating and Best Builds" with us!
When reporting a problem, please be as specific as possible in providing details such as what conditions the problem occurred under and what kind of effects it had.