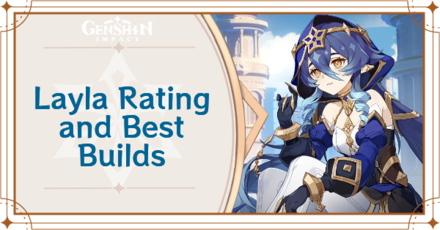 This Layla support build takes advantage of the benefits that the Tenacity of the Millelith Artifact set can give to the party. Her Elemental Skill can enable the passive effect of the Artifact to have near-permanent up-time!

We highly suggest going with this support build since providing shields and buffs to your team outweighs maximizing her damage output. This buld is even better if you unlock Layla's 4th Constellation.

You can opt to trade some HP% Main stats for a Cryo Goblet or a CRIT Circlet if you want more damage.

This Layla build will help her deal the highest amount of damage she can provide if a Cryo Aura can be applied to the enemies. If that's not an option, then we recommend using the Emblem of Severed Fate instead.

An HP% Sands Main Stat is also helpful in keeping strengthening her shields.

This is Layla's all-purpose Sub-DPS build that you can use in any team if you simply want her to deal damage.

Leveling up Layla's Elemental Skill should be the top priority since it enhances her shield strength and her damage. Her Elemental Burst can be leveled second while her Normal Attack can be left for last.

Layla is best used as a Support buffer with the Tenacity of the Millelith Artifact set since Layla's personal damage doesn't make a huge difference compared to simply buffing and supporting the team.

However, if you want her to deal as much damage as she can, your best bet is either using Blizzard Strayer in cases where a Cryo Aura can be applied to the enemy or Emblem of Severed Fate if not.

Use HP or Energy Recharge Weapons for Support

Layla as a support is best suited with weapons that can enhance the party or enhance important personal stats. Ideal examples of weapons that do both are the Key of Khaj-Nisut which also increases her HP and the Favonius Sword which provides enough Energy Recharge for herself.

Use CRIT Weapons for Sub-DPS

The best way to increase Layla's personal damage is by simply using weapons with CRIT substats.

Skyrider Sword is a Decent Choice

The Skyrider Sword is a great Free-to-Play option that is very easy to get. It provides enough Energy Recharge for her needs and increases her damage! If you find yourself not needing ER and want more damage, then the Harbinger of Dawn is the best alternative.

All Recommended Weapons for Layla

Layla can be effective in any Freeze team since this guarantees that her shield will not break from enemy attacks.

Layla can act as an enabler for Superconduct to reduce the Physical Resistance of enemies or as a simple off-field Cryo support unit that provides shields and deals damage.

Layla can come in as a simple shielder for Mono Cryo teams to enable you to run more DPS-focused characters while protecting them. Mono Cryo teams are usually used against enemies that can't be frozen.

Layla's off-field Cryo damage, along with her shield, can be useful for Pyro Main DPS characters who will be able to trigger the Melt reaction when applying Pyro DMG on Cryo-affected enemies.

Unlocking Layla's second Constellation massively drops her Energy Recharge requirements, to the point where you can simply forgo any Energy Recharge stats if your team composition allows it.

How to Use Layla 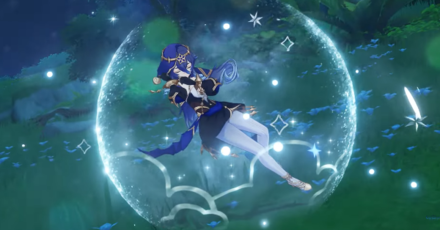 Layla's Elemental Skill provides her a shield that builds 1 charge every 1.5 seconds or 2 charges every time a character uses an Elemental Skill. Once 4 charges have been built up, the shield will send out a Shooting Star that will deal Cryo DMG to nearby enemies.

This effect will end if her shield breaks, so you have to also balance not getting hit too much with the shield. 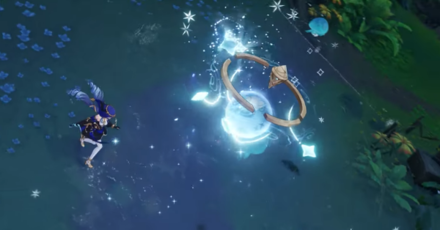 Layla unleashes a Dream Sphere that constantly fires starlight slugs at opponents within its AoE. It also generates night stars for Layla's shield! 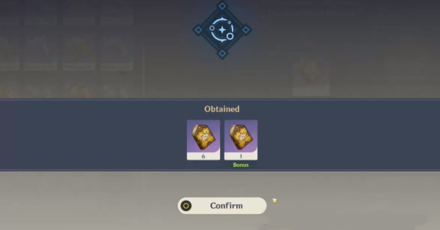 Dream of the Star-Stream Shaker

How to Get Layla

Layla was available as rate-up in Tartaglia and Yae Miko's rerun banner which ran from November 18, 2022 until December 6, 2022.

Layla will be available in the Wanderlust Invocation in the next version! 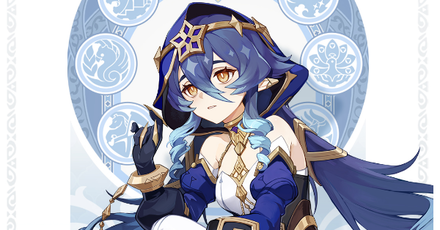 A Rtawahist student who specializes in Theoretical Astrology Heavily prone to somnambulism and locked in a grinding war with sleep deprivation, the problem of restful slumber is a most troubling one to her.

Layla was officially released as a playable character during the second phase of Version 3.2 on November 18, 2022.

Layla's Thoughts About Others

See more comments (71 Comments)
Opinions about an article or post

In order for us to make the best articles possible, share your corrections, opinions, and thoughts about 「Layla Best Builds and Artifacts | Genshin Impact」 with us!