Yaoyao is a potential playable character in Genshin Impact. Learn about Yaoyao's confirmed info, Japanese voice actor, and our predictions for possible release!

According to other characters' in-game thoughts, she is a chef who would often visit Beidou to play when her ship is in Liyue Harbor. Ningguang also mentions that Ganyu has taken her under her wing and that Yaoyao is somewhat enamored with seafood.

Yaoyao is a dendro catalyst, but I’m not sure what her attacks will look like...? Like is she gonna throw explosive flowers like Klee does, or slap people with vines?? Or throw green goo at people?? Also, she looks like this 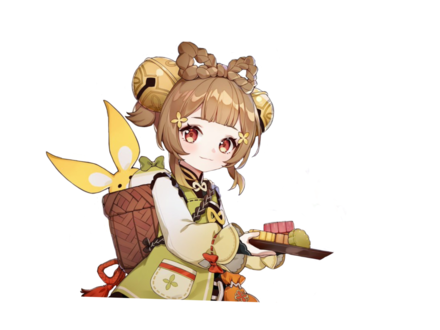 Yaoyao will be 4-star dendro character, fighting with catalyst

Register as a member and get all the information you want. (It's free!)
Login
Opinions about an article or post go here.
Opinions about an article or post
We at Game8 thank you for your support.
In order for us to make the best articles possible, share your corrections, opinions, and thoughts about "Yaoyao Details and Voice Actor | Yaoyao Release Date ?" with us!
When reporting a problem, please be as specific as possible in providing details such as what conditions the problem occurred under and what kind of effects it had.