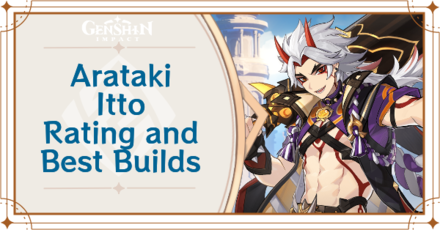 Itto is a 5-Star Geo Claymore character in Genshin Impact. Check out this guide for the best Itto builds, ascension materials, best weapons, best artifacts, talent priority, skills, teams, and our rating of the character in this build guide!

This Itto build focuses on maximizing his DEF to deal huge damage. The Husk is the best artifact for him in this build, with DEF% being the Main stat for the Sands piece. You will want to have around 120-130% Energy Recharge to comfortably use Burst off cooldown.

Itto's primary source of damage comes from his Charged Attacks and Elemental Burst. Leveling both, with Normal Attacks being the priority, is the ideal path. Though not as important, his Elemental Skill still does decent damage, so its saved for last.

All Good Weapons for Arataki Itto

Itto requires multiple Geo party members with Gorou as his core partner to truly shine as a Geo DPS.

This standard Mono Geo team comp focuses on dealing only Geo damage and easily regenarating everyone's Energy thanks to having a single shared Element. Zhongli works particularly well here due to his Pillar resonating with 2 other Geo structures.

The same principle from the Mono Geo team applies here, but with the flex role acting as the key to deal with special enemies such as ones that have Pyro or Electro Shields. This also opens up the possiblity of creating the Crystalize effect.

Itto doesn't perform his best without his dedicated Geo supports (Gorou mostly), but that doesn't mean he isn't viable! Any characters that act as an off-field sub-DPS or support can still work.

This is Itto's best Geo team without any 5-stars other than the Geo Traveler. The Geo Traveler is a good free option if you need a third Geo character to fully utilize Gorou's skills.

If you want Itto's constellations, C1 and C2 will make Itto's rotation easier in a full Geo team comp! Nevertheless, Itto is still a great Main DPS even with no constellations, and can reach his full potential with the right team comp and rotations.

How to Use Arataki Itto

When using Itto, your main priority is collecting Superlative Superstrength stacks, which Itto can get by using his Normal Attacks or Elemental Skill.

Itto can gain a maximum of 5 stacks of Superlative Supertrength at a time. This is indicated by the glowing markers on Itto's back.

How to Gain Superlative Superstrength Stacks

Use Superstrength Stacks on Charged Attacks

After gaining Superlative Superstrength stacks, you can use his Special Charged Attacks, which deal increased DMG with no stamina consumption. Itto will also receive increased resistance to interruption.

When using the final Superlative Superstrength stack, Itto will finish it up with a very powerful finisher that deals a huge chunk of DMG.

How to Use Ushi

Use Ushi While on Burst Mode

It is recommended to use Ushi while Itto is in Elemental Burst when it is available, as the DEF to ATK buff from your Burst will immensely buff your skill's DMG. 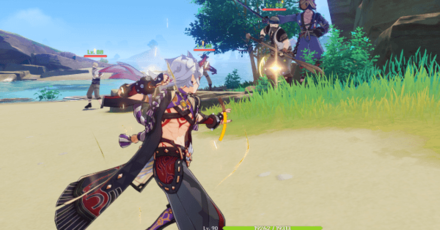 Hold down your Elemental Skill button to aim Ushi. This has quite a long range and can snipe enemies in far distances. 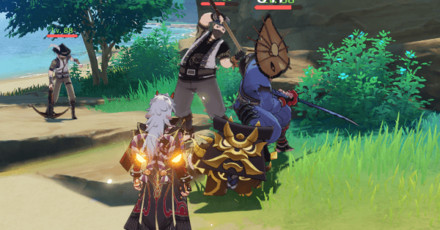 Ushi can taunt, which can draw enemies towards itself for distraction. Furthermore, Ushi can gain 1 Superlative Superstrength stack for Itto between 2 seconds of being hit.

Ushi is considered a Geo construct and has its own HP meter.

Unleash the Beast with Elemental Burst

Itto's Elemental Burst, Royal Descent: Behold, Itto the Evil!, will infuse his Normal, Charged, and Plunge Attacks with the Geo Element, and gain an ATK bonus based on his DEF. In addition, he can now gain stacks on the 1st and 3rd Normal Attacks.

Itto will have decreased Physical and Elemental RES during the Burst Duration, but will gain increased ATK and ATK SPD, making him a force to be reckoned with!

Bloodline of the Crimson Oni

How to Get Itto

It was recently announced during the recent livestream for Version 3.3, that Itto's banner will be up alongside the Wanderer's banner!

Who is Arataki Itto? 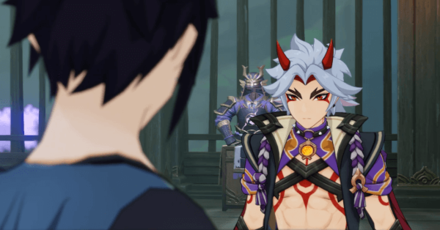 Arataki Itto is an oni and the head of the Arataki Gang from Inazuma. The Traveler first encountered Itto after Katheryne asks the Traveler to take on a commission to bring in a criminal that the Tenryou Commission was trying to apprehend.

For a better look into the life of Itto, we recommend checking out our Itto Lore guide!
Arataki Itto Story and Profile

See more comments (30 Comments)
Opinions about an article or post

In order for us to make the best articles possible, share your corrections, opinions, and thoughts about 「Arataki Itto Best Builds and Rating | Genshin Impact」 with us!