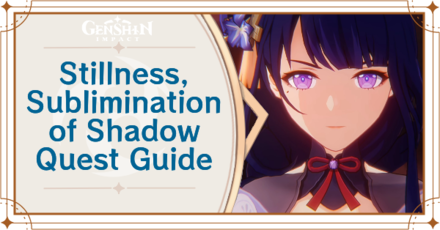 Stillness, Sublimination of Shadow is an Archon Quest in Genshin Impact Version 2.0. Learn how to unlock this Quest and where it is found, as well as its rewards and a full walkthrough for completing the Quest.

Stillness, Sublimination of Shadow will become permanently available after the release of Version 2.0 of Genshin Impact.

Komore Teahouse is empty, silent as the grave but for Taroumaru's uneasy barking. You have a bad feeling about this...

In the Name of the Resistance

Your first meeting with the Raiden Shogun leads to a clash beyond your expectations. With a warrant out for you, your only option to reverse the situation now is to throw your lot in with the Sangonomiya resistance.

In the Name of the Resistance Objectives

Since the Raiden Shogun is an Electro boss, she will be immune to Electro attacks. It is recommended to bring Pyro or Cryo characters when facing against her. 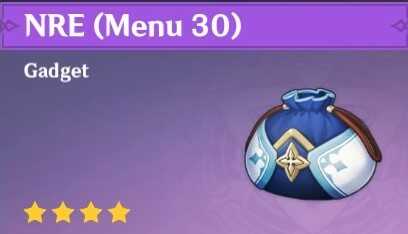 The Raiden Shogun will be tough to go through since it will involve your Skills being unusable at one point, which includes healing and shields for protection.

Bring out the NRE gadget before the fight, so you can manage to survive once your skills have been silenced by the Vision Hunt Decree.

Elemental Skills and Bursts Get Silenced

During the fight, Baal will implement the Vision Hunt Decree rendering Elemental Skills and Bursts unusable except for the Traveler's.

Charged Attacks from Bow and Catalyst characters will still deal elemental damage, and alternate sprints like the ones for Mona and Ayaka will still be usable as well.

During the 2nd sub-quest, you will need to demonstrate your archery skills to some resistance soldiers. You will need to hit 20 blue targets and avoid the red targets before time runs out.

Failing the challenge will allow you to do it again until you successfully hit all the Blue targets.

You will need to use a Bow User for this part of the quest, it is not recommended to use Ganyu as her charged attacks might end up taking out the red targets too if held for too long.

In order for us to make the best articles possible, share your corrections, opinions, and thoughts about 「Chapter 2: Act 2 Story Walkthrough | Stillness, Sublimination of Shadow Archon Quest Walkthrough and Rewards | Genshin Impact」 with us!