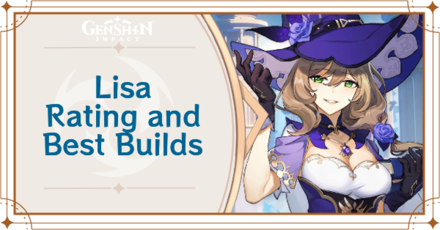 Sub-DPS and Support Builds for Lisa

This Lisa Sub-DPS build focuses on dealing DMG from her Elemental Burst and is suited for almost any team comp. You will need around 160% Energy Recharge to reliably user her burst off cooldown.

This build for Lisa is specialized for Overloaded and Dendro-Electro Reactions. At the minimum, you will need at least 2 or more non-Electro characters. You will also need around 160% Energy Recharge, which can be reduced depending on your team.

For a Sub-DPS Aggravate Lisa, you should use ATK%/Electro DMG/CRIT for Mainstats. This is because Aggravate damage has better scaling with those stats.

This Support build for Lisa is all about providing as many buffs to her team as possible. You will also want to ensure that you have enough Energy Recharge to use her Elemental Burst off-cooldown!

The main bulk of Lisa's DMG comes from her Elemental Burst, so it needs to be leveled up first. Her Elemental Skill is incredibly useful in the right hands, so it should be leveled up after. Her Normal Attacks can be left for last.

All Recommended Weapons for Lisa

Lisa utilizes her Elemental Burst to reduce DEF% and deal as much damage as she can before Raiden takes the reins. Bennett and Kazuha also give buffs to Lisa and Raiden to maximize damage!

The Sub-DPS partner for Lisa can be a Viridescent Venerer holder Anemo character. Sucrose or Venti are good as they can gather enemies! Other Sub-DPS that provide off-field buffs and damage can work as well!

Raiden Shogun and Bennett are core teammates in Lisa's team comp, so there's not a lot of recommended substitutes for them!

Lisa in a Superconduct team comp can work to debuff Physical resistance of enemies. In this team comp, Lisa utilizes her 15% DEF shred! You can also slot in Fischl instead of Raiden in this team comp, but the recommended ER will stay the same!

Unlocking Lisa's 1st constellation is a huge buff to her Energy Recharge requirements. Lowering her ER translates to more substats being dedicated to ATK, CRIT Rate, and CRIT DMG!

How to Use Lisa

How to Stack Conductive Status

There are four ways to stack this status; by directly tapping the skill once on the single enemy, via the radiate effect, through her charged attack, and overloaded or superconduct reactions.

Tips on How to Stack Conductive Status

Use Elemental Burst to Set Up Reactions 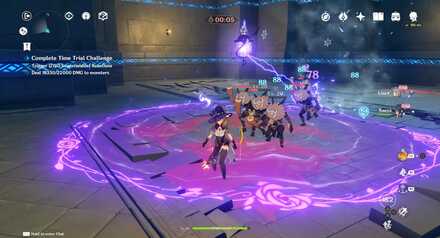 In addition, her Elemental Burst can also shred the enemy's DEF! 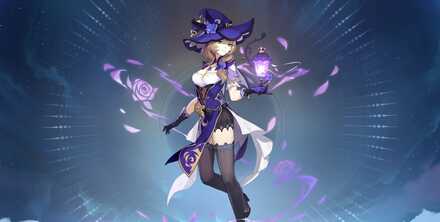 Lisa is a great early-game character to build who can use her Catalyst to create Electro-related Elemental Reactions, which blends well with fellow starting characters like Kaeya and Amber.

How to Get Lisa

Additional copies of Lisa can only be pulled from the Wanderlust Invocation at a normal rate.
All Wish Banners Guide

As a 4-star character, Lisa has a chance to appear in the Starglitter Exchange every month. She can be traded for 34 Masterless Starglitter.

Lisa's Thoughts About Others

In order for us to make the best articles possible, share your corrections, opinions, and thoughts about 「Lisa Rating and Best Builds | Genshin Impact」 with us!