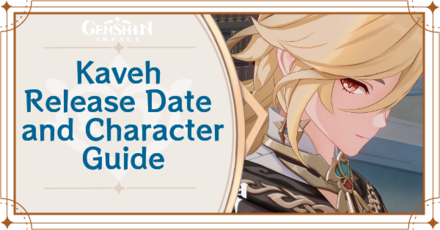 Kaveh is an upcoming Sumeru character in Genshin Impact. Here's everything we know about him. See Kaveh's weapon, element, and release date here once they are revealed!

Who is Kaveh in Genshin Impact? 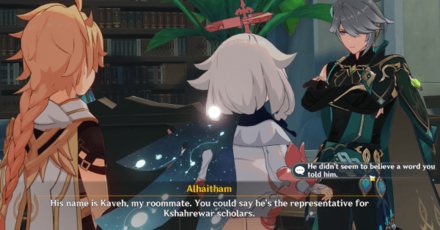 Kaveh is the representative for the Kshahrewar Scholars and the person who built The Palace of Alcazarzaray which can be visited in-game!

According to Tighnari, Kaveh was heavily in debt after building the palace, which is why he is staying with Alhaitham as his roommate.

Kaveh is featured in Cyno, Tighnari, Dori, Nilou, and Collei's voicelines. Because of this, he may become a playable character in the future! 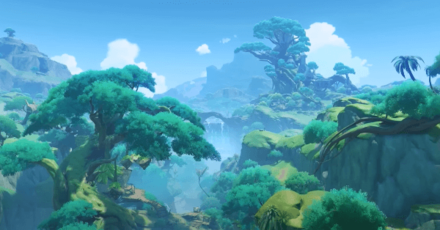 Kaveh will likely release somewhere in the middle of the 3.x patches. Like Ayato and Yelan, we may need to wait a bit longer to see Kaveh in-game! 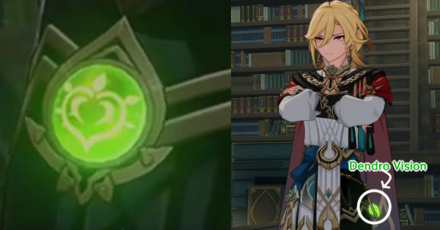 During a cutscene in the Chapter 3 Act 5 Archon Quest, Kaveh's vision was shown to be located on his hip!

While Kaveh's element has been revealed, his weapon is still unknown. We'll let you know Kaveh's weapon once Genshin Impact confirms it! 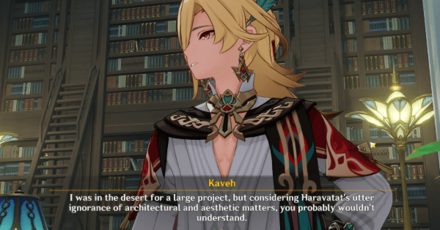 Kaveh made an appearance during the Chapter 3 Act 5 - Akasha Pulses, the Kalpa Flame Rises Archon Quest! He showed up specifically on the last sub quest, A Toast to Victory.

Kaveh was out doing a big project in the desert, which is why he was absent during the Archon Quests. 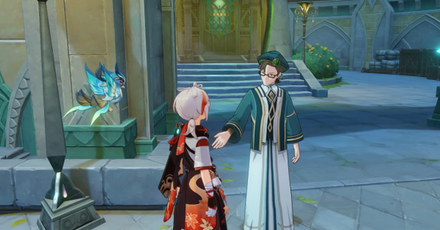 Araby, an Amurta researcher who also acts as the Port Ormos lighthouse guardian, referring to the Palace of Alcazarzaray as Kaveh's brainchild.

Kaveh Taught in the Akademiya 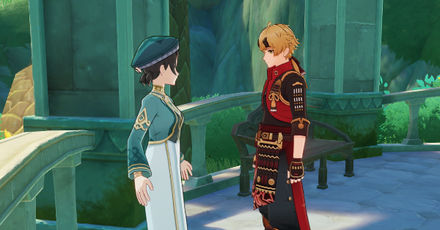 According to Sasani, an Akademiya scholar who belongs to the same Darshan as Kaveh (the Kshahrewar), Kaveh taught architectural electives in the Akademiya but missed all of them as she wasn't still admitted to the Akademiya back then.

Kaveh Made the Palace Famous 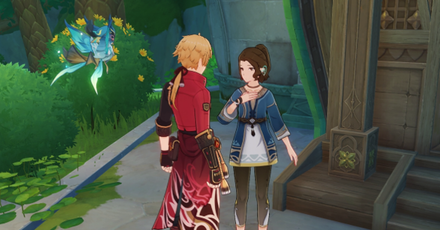 Shaghayeh referred to Kaveh as the one of the reasons why people visit The Palace of Alcazarzaray because “it was made by a famous architect”. 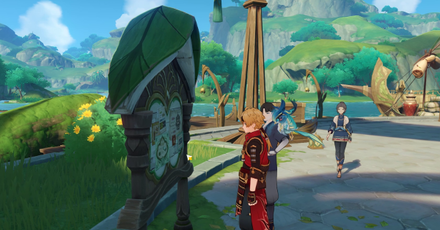 According to one of the posts in the bulletin board in Sumeru City, Alhaitham ordered 10 crates of wine from Lambad's Tavern, only to mysteriously disappear because a “blond person” who claims to be his roommate, claimed them before him.

Kaveh and Alhaitham Argue Once More 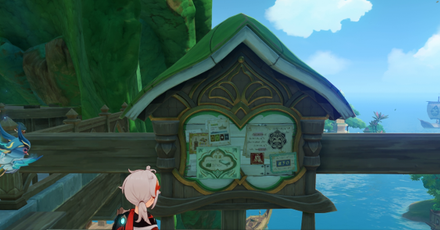 It can be read from the bulletin board in Port Ormos that there are two people arguing (assumed to be Alhaitham and Kaveh) over the sage Zolkifar's words.

The “scribe” refers to Alhaitham, as he's currently the scribe of the Akademiya and the other person as Kaveh, given the inclination of this person towards the arts.

All Available Lines on Kaveh

In order for us to make the best articles possible, share your corrections, opinions, and thoughts about 「Kaveh Release Date and Character Guide | Genshin Impact」 with us!