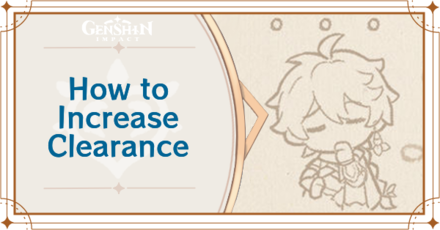 Here's how to get more Special Clearance levels in the Sumeru Desert for Genshin Impact. We'll show you how to increase your clearance to gain full levels and access clearance puzzles.

What is Clearance in Genshin?

Keys to activate mechanisms in ruins 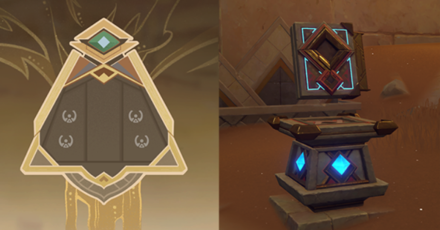 Clearances are ancient keys used to activate mechanisms, solve puzzles, and unlock areas in the ruins of Sumeru Desert. The higher the Special Clearance you have, the more devices you can interact with! 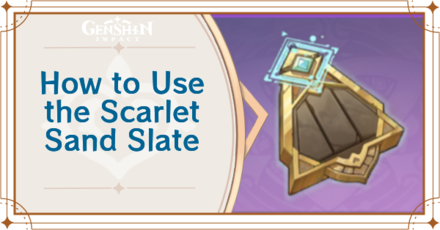 How to Use the Scarlet Sand Slate

How to Get More Clearance Levels in Sumeru 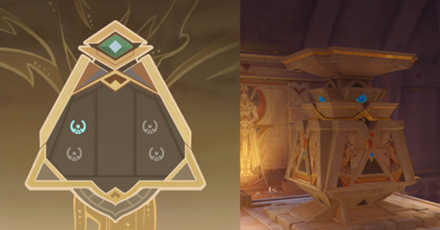 You increase your Clearance levels by completing the "Golden Slumber" and "Old Notes and New Friends" quest chains. Once you complete the "Dual Evidence" subquest, you'll get full special clearance.

How to Get Each Clearance Level

Puzzles that unlock after getting enough clearance

Plinth of the Sacred Rites

Plinth of the Sacred Seals are mechanisms used to activate or disable ruin puzzles. Although you can use it after the first Golden Slumber quest, Plinths tied with other advanced puzzles are still locked behind higher clearance levels.

You get more clearance seals as you complete Golden Slumber or Old Notes and New Friends quests.

Plinth of the Secret Rites Guide in Sumeru

Red or blue transparent walls are Primal Barriers, unlocked by either having enough clearance seals for the Plinths, or by completing puzzles related to that area. If you're unsure how to open these, search first if there are Plinth books, Primal Embers, or other puzzles around!

You can access red Everlight Cells with just one level of clearance, Beam Transmissions with Everlight Cells are light puzzles that transmit beams to floating devices to activate devies, akin to Inazuma Relay Stones.

Entrance to Khaj-Nisut is accessible after completing The Secret of Al-Ahmar and playing through Dreams Beneath the Searing Sand. You will eventually have to go inside the ruins during the quest anyways.

Entrance to Duat Hall is accessible after starting the Dual Evidence quest. You will also get access to the remaining ruins underneath the Mausoleum of King Deshret.

After completing one of either Place of Rebirh, Place of Breath, or Place or Swallowing during the Dual Evidence quest, you will obtain two half-circle seals. This gives you access in enabling or disabling these wind mechanisms.

After completing two of either Place of Rebirh, Place of Breath, or Place or Swallowing during the Dual Evidence quest, you will obtain three half-circle seals. This gives you access to use wall-revealing Obscuring Cells.

After completing two of either Place of Rebirh, Place of Breath, or Place or Swallowing during the Dual Evidence quest, you will obtain three half-circle seals. Obtaining a Veriy Cell marker Cell reveals invisible objects around you

How to Use Verity Cell Features in Sumeru

After completing all Place of Rebirh, Place of Breath, or Place or Swallowing ruins during the Dual Evidence quest, you will obtain full half-circle seals. You can now interact with all locked mechanisms in Sumeru Desert area!

Enemies in the The Great Red Sand

Living Creatures in the The Great Red Sand

Wildlife in the The Great Red Sand

Items in the The Great Red Sand

In order for us to make the best articles possible, share your corrections, opinions, and thoughts about 「Clearance Guide to Get More Special Levels | Genshin Impact」 with us!