Main and Sub-DPS Builds for Beidou

This Beidou build focuses on dealing DMG while on-field through her Elemental Skill and Normal Attacks.

Beidou's Normal Attacks aren't that noteworthy, but it will be more of useful if Beidou is a Main DPS.

All Recommended Weapons for Beidou

This team specializes in taking out multiple enemies with the Electo-charged reaction. Beidou provides Electro thanks to her Elemental Burst so that Tartaglia can trigger Electro-charged and deal tons of AoE DMG.

While Beidou won't be participating in activating Dendro Cores for Hyperbloom, Beidou still acts as an Electro supplement to trigger Quicken to increase Hyperbloom DMG.

This is Beidou's best team without any 5-star characters. A combination of Beidou and Xingqiu's Elemental Bursts combined with Fischl's Oz and Sucrose's Swirl through her Normal Attacks allows you to deal a lot of Electro-charged DMG in the process!

Beidou's C2 allows you to hit two more targets with her Elemental Burst, dealing more DMG against mobs of enemies in the process.

C6 gives Beidou a support capability that allows her to decrease the enemy's Electro RES, making Beidou and other Electro characters deal even more Electro DMG.

How to Use Beidou

Execute Your Counters at the Right Time

Beidou is a reactive character that relies on countering enemy attacks with her Elemental Skill, Tidecaller. When executed perfectly, you can deal the maximum amount of DMG.

Beidou's Elemental Burst, on the other hand, is a strong offensive Talent that allows her to deal Electro DMG after each hit to enemies while reducing the amount of incoming DMG you take from enemies.

Use this when facing large numbers of enemies to even the odds. It is also especially powerful when combined with Hydro for Electro-Charged reactions. 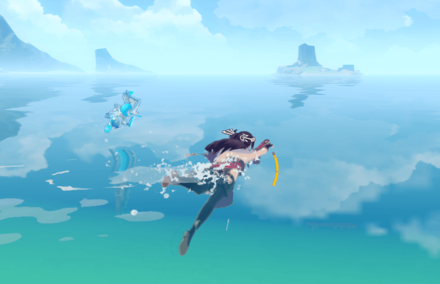 Beidou grants a 20% stamina reduction when swimming to the entire party. This is very useful for exploring the many islands of Teyvat, giving you extra distance that helps you reach farther locations.

How to Get Beidou

Beidou is featured in Hu Tao and Yelan's Banners for Phase 2 of Version 3.4 from February 7, 2023 until February 28, 2023! She is running alongside Xingqiu, and Ningguang.

Beidou is available at a normal rate on all Standard Wish Banners except Beginner's Wish. This means you can get her from Wanderlust Invocation, Epitome Invocation. and the current Character Wish banners.

Beidou has a chance to be featured in the Starglitter Exchange! She can be traded for 34 Masterless Starglitter.

Beidou's Thoughts About Others

See more comments (88 Comments)
Opinions about an article or post

In order for us to make the best articles possible, share your corrections, opinions, and thoughts about 「Beidou Rating and Best Builds | Genshin Impact」 with us!