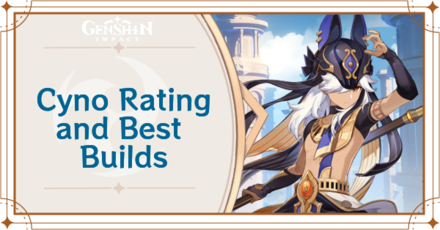 This Cyno's build, with the Gilded Dreams and Staff of Scarlet Sands, is his go-to Artifact set. This build also particularly works well with a Cyno Hyperbloom or Aggravate team. Ideally, you will want to have at least 2 or more non-Electro characters in the party to take advantage of the Gilded Dreams 4pc. effect.

However, getting interrupted while attacking, enemies being too far apart, or even having bad ping can cause Cyno to deal less total damage than the other builds we recommend in this guide.

We highly recommend this Cyno build for older players who already have great Gladiator's Finale Artifacts and don't have the Staff of the Scarlet Sands. This build does great damage for an Aggravate Cyno team which focuses more on dealing raw damage.

However, for players who want to play Hyperbloom Cyno, we still recommend using his Gilded Dreams artifact set.

Cyno's best Artifact will depend if you have his Signature weapon and external factors like enemy quantity, team comp, and ping.

If you have Cyno's Signature weapon, then Gilded Dreams is his best Artifact set. Without the weapon and if you are only playing Aggravate Cyno, then Gladiator's Finale would be the best.

If you have someone to give a shield to Cyno, have good ping, and can guarantee enemies not being too spread apart, then Thundering Fury has the potential to beat the two other artifacts, with or without his signature weapon.

Cyno has a flexible set of 5-star weapons with CRIT as a substat being their common ground. Without these 5-stars, good 4-star weapons that increase CRIT like the Deathmatch are very good alternatives.

The White Tassel is an amazing weapon for Cyno. At high refinement, it can beat almost all 4-star alternatives except the Deathmatch.

All Recommended Weapons for Cyno

We highly recommend Cyno to always be paired with either a shielder or a healer. Cyno has very fast Normal Attacks during his Elemental Burst form, so it would be best if he isn't interrupted.

Adding Shinobu to the party may make her steal some Hyperbloom reactions, but this is not a big issue since you can simply give Shinobu EM/EM/EM main stats. This not only helps increases Shinobu's healing, but also helps you deal max Hyperbloom damage!

You can also add Beidou to the party for a shield, along with her other buffs! But what's most important is that Beidou's Elemental Burst does not trigger Hyperbloom, meaning you can still use a traditional build on her.

Cyno is a perfect fit for any kind of Aggravate team since it enhances his Normal Attack damage during his Elemental Burst! Nahida works particularly well with Cyno since Nahida's off-field Dendro damage can match Cyno's long on-field duration.

Cyno and Beidou can work if Cyno uses the Thundering Fury set or if Beidou has a high ER stat. You may also need to supplement your ER requirements with Favonius weapons on your supports.

Though Cyno's second constellation provides a whopping 50% Electro DMG bonus, none of his constellations drastically changes his playstyle. Getting a single copy of Cyno already ensures you are getting everything he has to offer!

How to Use Cyno

Cyno is a Main DPS who will need to be on the field nearly all of the time. This is because swapping to another character during Cyno's Elemental Burst form will immediately end it.

Because of this, you will need to use the Elemental Skills and Bursts of your Sub-DPS and Supports before using Cyno's Elemental Burst!

Cyno's Attack Rotation during his Elemental Burst largely depends on if he's using the thundering Fury artifact set or not.

You can fit 5 Elemental Skills during Cyno's Elemental Burst window, 4 of which should be used for the Endseer prompt.

You can use 1 Elemental Skill immediately after Cyno's Elemental Burst without interfering with the flow of Cyno's Ideal attack rotation.

Cyno's attack rotation with the Thundering Fury is somewhat complex. Ideally, you will want to fit at least 7 Elemental Skills during his Elemental Burst, but a big part of that involves constantly triggering Elemental Reactions.

There is also the issue of knowing when to use his Elemental Skill outside of the Endseer Prompt. Even dashing can cause you to lose the flow of combat, which will lead to a lower DPS overall.

If you can't do a total of 6-7 Elemental Skills, as well as not miss an Endseer prompt, then we can't recommend using the Thundering Fury set.

Use Cyno for Sumeru Expeditions 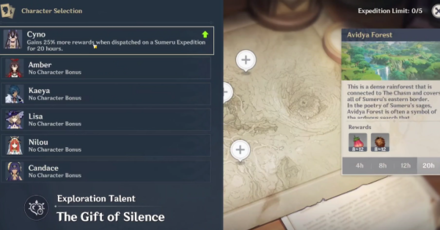 Cyno's Exploration Talent, ''The Gift of Silence'', gives 25% more rewards when dispatched on a Sumeru Expedition for 20 hours. Go ahead and use him for more Mora or Sumeru-exclusive items!

Authority Over the Nine Bows

The Gift of Silence

How to Get Cyno

There is currently no way to get Cyno from active Wish Banners. His debut banner ran from September 28 to October 14, 2022, alongside Venti for the first half of version 3.1! 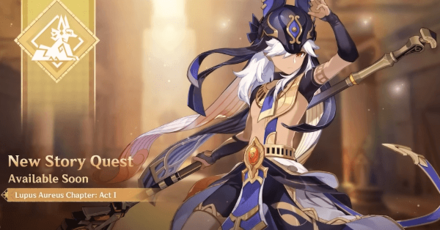 Cyno is the General Mahamatra in charge of supervising the researchers of the Akademiya. Though appearing stoic, he's a fan of making jokes! Though they usually fall flat, in which case he even goes as far as to explain the entire joke.

Cyno was officially released as a playable character during the first phase of Version 3.1 on September 28, 2022.

See more comments (75 Comments)
Opinions about an article or post

In order for us to make the best articles possible, share your corrections, opinions, and thoughts about 「Cyno Best Builds and Teams Guide | Genshin Impact」 with us!