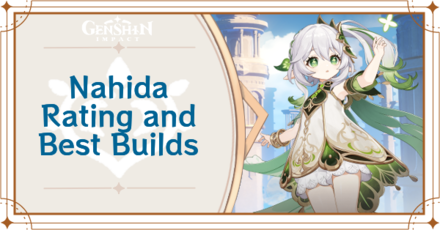 Generally, EM Mainstats are her best choice, but since Nahida's passive lets any character share their Elemental Mastery with the character on-field, you can also opt to use a Dendro Goblet or a Crit Circlet to increase her damage.

It is better to invest in CRIT stats rather than going past 1000 EM since it provides more value.

You won't have to focus as much on EM substats for this build since a teammate with a very high EM stat can share their Elemental Mastery with Nahida.

If you plan on using Nahida with Nilou, then you will want to stack as much EM as you can. Ownership of Bountiful Cores for this team can come from Nahida or the off-field Hydro units, so you might as well give Nahida full EM stats since it can also scale with her Elemental Skill Damage.

You could also opt to give Nahida the Gilded Dreams set instead while making Nilou use Deepwood Memories. This will help Nahida reach 1000 EM much easier.

For an on-field Main DPS Nahida, her talent priority should have an equal spread for leveling up all three of her talents.

For a Sub-DPS and Support Nahida, you need to prioritize leveling her Elemental Skill first since it is the bulk of her damage. Next, you can level up your Elemental Burst while leaving her Normal Attacks for last.

Use Crit Weapons for Main DPS

Nahida's Normal Attacks and Elemental Skill can both do CRIT damage. Since they both deal CRIT damage, it will be better for Nahida's overall damage if you equip a CRIT weapon.

Use EM Weapons for Sub-DPS and Support

Nahida's only source of DMG as a Sub-DPS and Support is her Elemental Skill, which can scale with her Elemental Mastery. Nahida receives tremendous benefits from having very high EM thanks to her A1 and A4 passives, which will not only increase her personal DMG, but to the on-field DPS as well.

Magic Guide is One of the Best Weapons for Nahida

Magic Guide will be one of the best F2P weapons for Nahida if you have it at R5. Not only is Magic Guide easy to refine up to R5, but it also has a very high Elemental Mastery Substat while also providing a big DMG increase for Nahida if you can constantly apply Electro or Hydro on enemies.

All Recommended Weapons for Nahida

Nahida is excellent for creating Dendro Cores. With Dendro Cores on the field, you will simply need an Electro character who can periodically deal Electro damage to trigger the Hyperbloom reaction without overwriting the Hydro Aura or Dendro Aura on enemies.

Nahida is also excellent for creating Bountiful Cores in a Nilou team due to her constant Dendro damage. Given how fast Nahida can make Bountiful Cores, there's a danger that she might kill herself. That's why having Barbara and Kokomi both on the same team can also be a decent option.

In this team comp, Thoma will need to use EM/EM/EM Mainstats since he is the trigger for the Burgeon explosion.

Nahida's excellent off-field Dendro DPS is perfect for her role as a Sub-DPS in Quicken Teams. Enabling the Quicken Aura on enemies will let Electro characters deal more damage through Aggravate reactions!

Nahida's off-field Dendro damage is great for creating Dendro Cores. You will need sufficient on or off-field Hydro damage to apply or maintain the Hydro Aura on enemies to prevent a Pyro Aura from applying.

Similarly, Nahida is also a great off-field Dendro DPS for Hyperbloom teams. Raiden and Shinbo deal Electro damage in a wide AoE, but units like Fischl or Yae Miko can also work if your Dendro Cores are near the enemy.

How to Use Nahida

Nahida's Elemental Skill, All Schemes to Know, can either be tapped to deal DMG instantly or held to go into Aiming Mode to target a wider range of enemies. 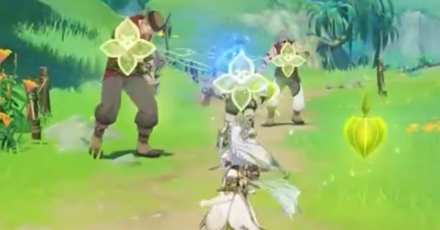 Opponents marked by the Elemental Skill (either through tap or hold) will be marked and linked. When linked enemies get hit with elemental reactions or Dendro Cores, they will receive additional Dendro DMG called Tri-Karma Purification. Only 8 enemies can have the mark at any given time. 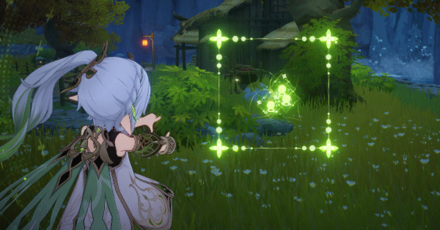 Outside of combat, Nahida's Elemental Skill during Aiming Mode can collect certain collectable items from a distance such as Berries without having to manually pick them up. 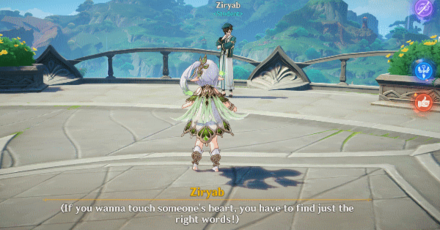 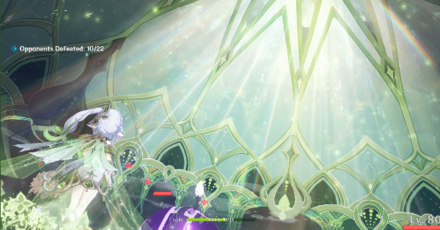 Nahida's Elemental Burst can apply unique buffs to herself while her party is inside the radius of her Elemental Burst. You will need 2 of the same Element to max out the each type of Buff Nahida will receive.

However, unlocking Nahida's first Constellation lets you receive the full buff by just having 1 character of the Element Type.

All Schemes to Know

On All Things Meditated

How to Get Nahida

Nahida's featured banner was live on November 2, 2022 and ended on November 18, 2022 during Phase 1 of Version 3.2. Nahida's banner ran alongside Yoimiya's banner rerun. 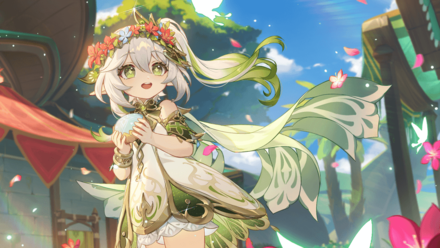 Nahida is the Dendro Archon of Sumeru. She is also considered as the youngest Archon in all of Teyvat.

Nahida was officially released as a playable character during the first phase of Version 3.2 on November 02, 2022.

See more comments (171 Comments)
Opinions about an article or post

In order for us to make the best articles possible, share your corrections, opinions, and thoughts about 「Nahida Best Builds and Teams Guide | Genshin Impact」 with us!