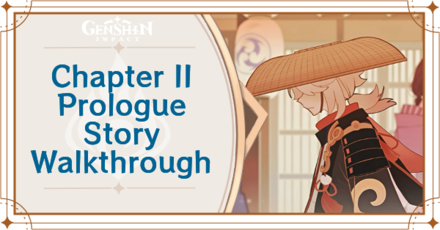 This is the story walkthrough for the Archon Quest Chapter 2: Prologue Autumn Winds, Scarlet Leaves in Genshin Impact Update Version 1.6. Learn more about how to unlock this quest, the possible rewards, and a full walkthrough on how to complete it.

How to Unlock Archon Quest 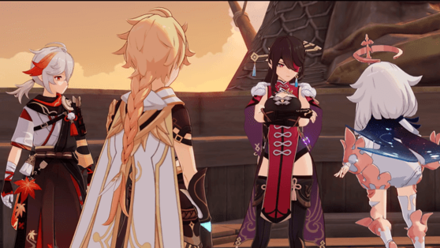 This new archon quest features Beidou, Captain of the Crux Fleet, and the new 5-Star character Kazuha, who escaped from Inazuma. Inazuma is still closed off to outsiders, and players need the help of Beidou and Kazuha to get there!
Kazuha Details and Release Date

A Path Through the Storm

You share your feelings with Paimon before embarking on the next phase of your journey.

A Path Through the Storm Objectives

After meeting some of the contestants, you reckon that this will be a milk run. Still, your ticket to Inazuma is at stake here. Best not to let your guard down during the tournament.

The grand final of the Crux Clash is about to begin, and you will soon meet your opponenet. Victory is but one step away... 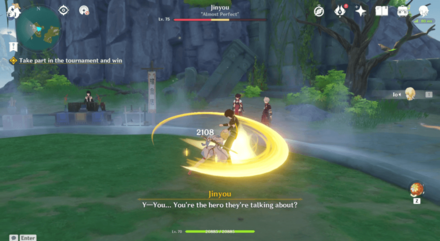 In The Crux Clash tournament, you'll be using the Traveler by default and are only allowed to do basic attacks. A simple strategy of staggering opponents with constant combos and dodging when they attack will easily get you through each round.

Note: You don't have to forcibly level your Traveler as they'll be boosted in the battles. 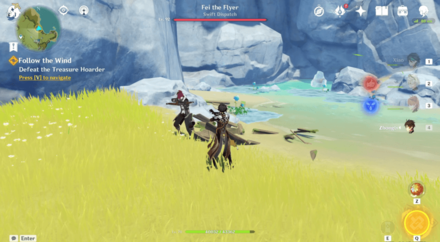 Outside of the tournament, there are two mob battles involving Slimes and Treasure Hoarders, which can easily be dealt with using AoE attacks. As for the final boss, Fei the Flyer, you just have to keep a close distance and overwhelm him with flurries of attacks or burst him down with your best DPS character.

In order for us to make the best articles possible, share your corrections, opinions, and thoughts about 「Chapter 2: Prologue Story Walkthrough | Autumn Winds, Scarlet Leaves Archon Quest Walkthrough and Rewards | Genshin Impact」 with us!