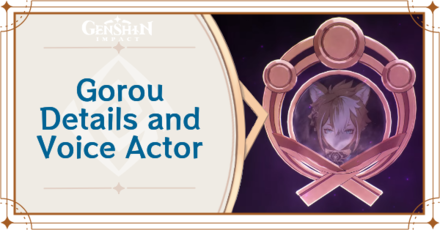 Gorou is a potential playable character in Genshin Impact. Learn about Gorou's confirmed information, in-game appearances, and our predictions for his possible release in this guide!

Gorou is a Geo Bow User

With the release of Version 2.0 trailer, we get some sneak peeks on more information about Gorou, one of the new characters to be introduced in Genshin Impact. 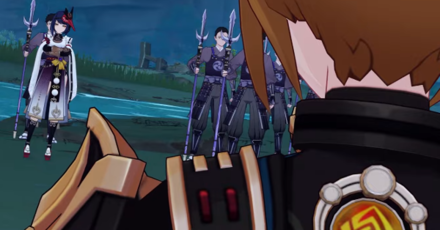 During the 2.0 Trailer, Gorou's Vision can be seen located at the back of his neck and which looks to be a Geo Vision. 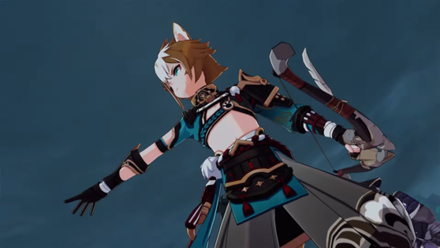 In another scene during the 2.0 Trailer, Gorou is shown to be holding a bow which is most likely his weapon if he ever becomes playable.

Gorou is Part of The Resistance

According to Kazuha' in-game thoughts, Gorou is part of a resistance movement in Inazuma.

It was mentioned in the 2.0 Livestream that he's the General of the Sangonomiya troops. The resistance and Gorou helped Kazuha when he was a wanted man. Kazuha says that Gorou is someone he can get along with.

The Resistance is against the Vision Hunters

Also shown in the 2.0 Livestream was Gorou facing off against Kujou Sara, who serves under the Raiden Shogun and is a prominent figure for the Vision Hunters.

The video above is an interview with Kazuha's Japanese Voice Actor, Shimazaki Nobunaga. If you go the time stamp, he describes Gorou as someone who shares a connection and a bond with Kazuha. 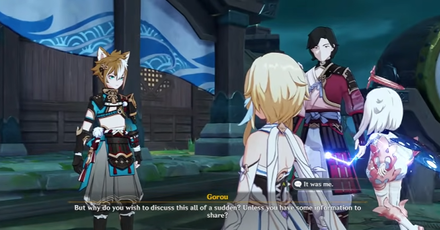 During the Archon Quest Chapter 2: Act 2, the Traveller will meet members of the Resistance, including Gorou.

The Traveller will proceed to join the Resistance and fight alongside Gorou against the Shogunate army.

Register as a member and get all the information you want. (It's free!)
Login
Opinions about an article or post go here.
Opinions about an article or post
We at Game8 thank you for your support.
In order for us to make the best articles possible, share your corrections, opinions, and thoughts about "Gorou Details and Voice Actor" with us!
When reporting a problem, please be as specific as possible in providing details such as what conditions the problem occurred under and what kind of effects it had.