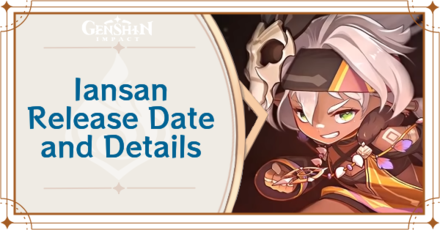 Iansan was first revealed in the Teyvat Chapter Storyline Preview: Travail video on YouTube. The video contains spoilers and previews of the nations and characters that will be coming in the future. 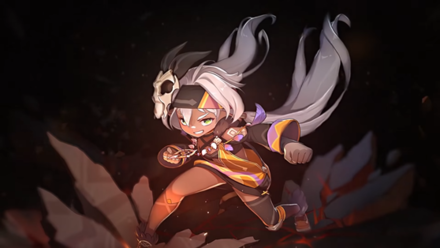 Iansan's outfit looks that of a warrior, which is highly possible as Natlan is under the rule of the Archon of War.

Similar to other children characters in the game (Klee, Qiqi, Diona, Sayu), Iansan looks to be shorter than other characters.

The preview trailer might hold hints as to what Iansan's element might be. The rocks on the ground point towards a possible Geo Vision, while the aura Iansan is channeling in their hand is similar to flames which might hint to a Pyro Vision.

Natlan is ruled by the Pyro Archon but this is not enough evidence to conclude Iansan's Vision. The currently available characters seen in the trailer don't necessarily wield the same element their nation represents, except for Ningguang who uses a Geo Vision. 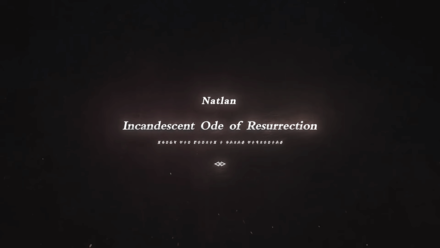 Iansan is from Natlan which is the 6th region in the game, it is highly possible that they will be release in the future some time during Version 5.0 or Act V of the game.

Post (0 Comments)
Opinions about an article or post go here.
Opinions about an article or post
We at Game8 thank you for your support.
In order for us to make the best articles possible, share your corrections, opinions, and thoughts about "Iansan Details and Voice Actor | Iansan Release Date ?" with us!
When reporting a problem, please be as specific as possible in providing details such as what conditions the problem occurred under and what kind of effects it had.