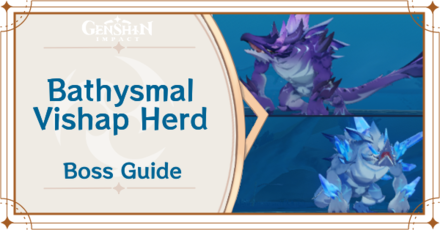 The Bathysmal Vishap Herd is a Field Boss located in Enkanomiya introduced in Version 2.4!

How to Unlock Bathysmal Vishap Herd 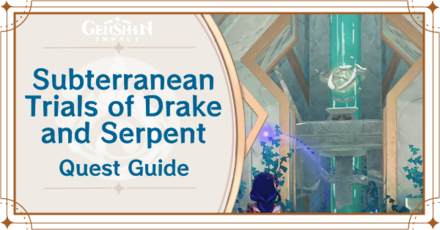 To get to the Bathysmal Vishap Herd, you need to unlock Enkanomiya and must complete the The Subterranean Trials of Drake and Serpent Quest.

The Subterranean Trials of Drake and Serpent

Have Claymore Characters in the Party

Destroying the walls will help you defeat the Bolteater Bathysmal Vishap much faster. All Claymore characters can destroy these walls with ease, but a few Catalyst characters like Klee or Ningguang can also fill this need.

Are you missing specific characters, or have you not built a full party yet? Teaming up with others from our Co-Op boards is a great way to quickly beat the Bathysmal Vishap and other bosses!

How to Beat the Bathysmal Vishap Herd

Shields will not work

The attack directly targets the Energy and Health of characters, so shields will not protect you.

Take down the Walls Quickly

The energy drain attacks can get annoying very quickly, so prioritize bringing down the wall it's on. Better yet, destroying the walls before it gets a chance to grab onto one will turn it into an easy enemy to deal with.

All claymore characters can easily destroy these walls, so make sure to keep one in your party. Special shoutout to catalyst characters like Klee and Ningguang who can send projectiles that also deal a lot of damage to the walls!

To get the Swimming Prohibited achievement, defeat both Bathysmal Vishaps at the same time as soon as possible, as defeating only one of them will eventually make that Vishap swim in the water. Make sure to balance each Vishaps HP as much as you can!
List of Achievements & Rewards

In order for us to make the best articles possible, share your corrections, opinions, and thoughts about 「Bathysmal Vishap Herd Boss Guide | Genshin Impact」 with us!