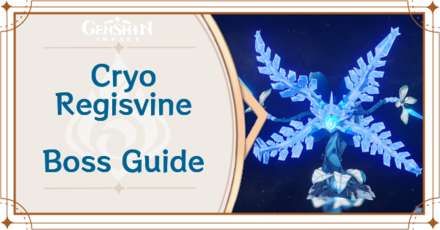 How to Beat Cryo Regisvine 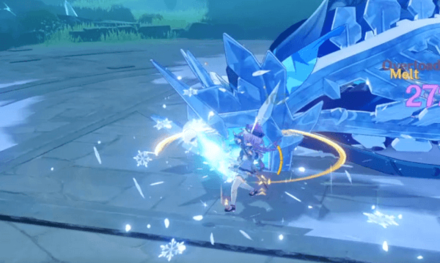 The Cryo Regisvine's weakness is its two cores. Attacking these will break the core and stun the Regisvine. 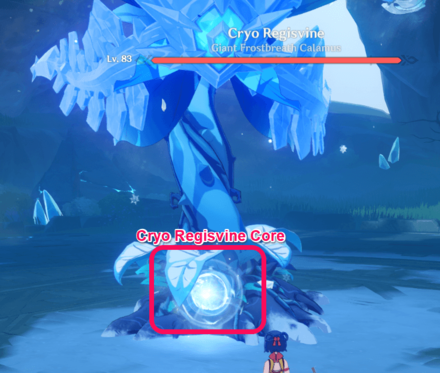 The first weakness is the core near its roots, which you can break to stun the Regisvine. You need to use Pyro or Electro abilities to break the core, which will be protected by the Regisvine's attacks. 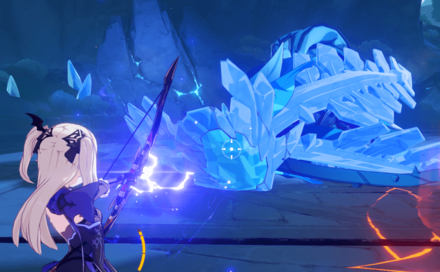 After breaking the core, unstable elements will form on its corolla (head area). This can be challenging to break, as you need a bow user to attack while the head is up. You can also wait for its head to drop during one of its attacks, allowing you to attack the core again.

Unleash your Elemental Bursts after breaking the Core

Once the Cryo Regisvine is stunned, you can begin your attack by unleashing your Elemental Bursts and Normal attacks. Generating Elemental Reactions is the key to winning this fight quickly

The Cryo Regisvine will attack you relentlessly up close or in range. Getting caught standing still means taking a lot of damage. Keep dodging and running throughout the fight, while finding openings to target its weaknesses.

Amber and Xiangling have Elemental Skills that can be dropped on the Regisvine Core. This keeps you away from its close range attacks, while both skills can deal massive Pyro DMG to the Core.

Amber can target the Cryo Regisvine's Corolla Core without having to wait for it to hit the ground. This allows you to deal extra damage, and break the core quicker.

The Cryo Regisvine has ranged attacks that will lock on to your character, and other attacks that have a wide range. Using characters with shields like Noelle prevents you from taking too much damage. This is also very helpful when using Amber's arrows, since shields prevent you from getting knocked back or stunned while trying to aim and shoot.

Here's a quick overview on the best characters to use when fighting the Cryo Regisvine.

Pyro Resonance is best used against the Cryo Regisvine. Increased ATK (25%) and Cryo RES (40%) allows you to deal more damage, while giving you enough defense against Cryo attacks.

Unleash your Burst after Breaking the Core

Breaking the Regisvine's core puts in in a stunned state, which is the best time to use Elemental Bursts. Using Bennett's burst along with someone like Klee or Diluc helps you deal the most damage possible before it has a chance to attack again.

The primary attack of the Cryo Regisvine is a ground slam that spreads out over a wide area. This can take you out quickly, so its best to dodge as soon as it prepares to strike. You can also use this opportunity to attack the Corolla core after it attacks.

The Cryo Regisvine will launch a series of ice missiles that will track your movement. Keep moving and dodging to avoid them. Using shields is also very effective to prevent you from getting damaged.

You can avoid this by moving away from the bright blue ray of light that can be seen on the ground. After the ice shard drops, an ice crystal will appear on the ground which will shatter after a few seconds. Try to stay away from this as it can deal massive damage when it shatters.

If you come too close to the Cryo Regisvine or break its core, it will initiate a 360-degree attack that will knock you back and creates a Cryo AoE that deals massive damage when standing on it. Stay away from this attack and use ranged attacks or skills until the AoE dissipates.

A fast-moving laser attack that can be easily avoided by moving left or right. This can knock you back or freeze you, leaving you vulnerable for another attack. Dodging or using shields will help prevent you from taking any damage.

Characters That Use Cryo Regisvine Materials 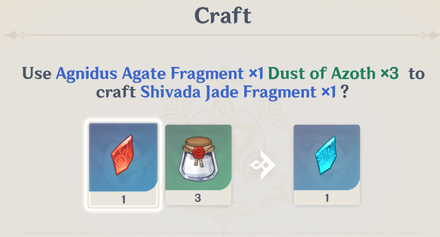 If you're looking to build Pyro Characters to make the battle easier, you can convert the Shivada Jade you can get into Agnidus Agate, which is used for Pyro Character Ascension.
How to Convert Character Materials

Register as a member and get all the information you want. (It's free!)
Login
Opinions about an article or post go here.
Opinions about an article or post
We at Game8 thank you for your support.
In order for us to make the best articles possible, share your corrections, opinions, and thoughts about "Cryo Regisvine Weakness and Strategy Guide" with us!
When reporting a problem, please be as specific as possible in providing details such as what conditions the problem occurred under and what kind of effects it had.