How to Do Plunging Attacks | Genshin Impact 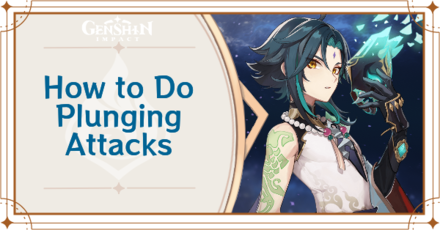 This is a guide on one of the main and basic attacks used in Genshin Impact's combat. Read on to find out more about how Plunging Attacks work, how to maximize its usage, and which characters are best at it.

What Are Plunging Attacks 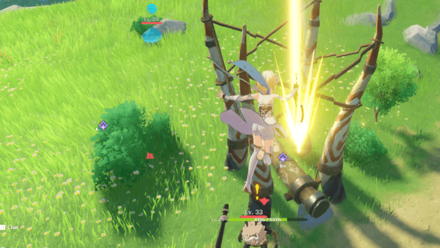 Plunging Attacks are mid-air attacks that strike the ground below, dealing AoE damage to enemies in a small radius. The higher the user starts the Plunging Attack, the greater the chance it has of dealing more damage.

While all weapon types are capable of doing Plunging Attacks, not all can be effective at it. In most cases, ranged weapons such as bows and catalysts don't work as efficiently as melee weapons.

How to Do Plunging Attacks

Jumping is Not Enough

Plunging Attacks can't be executed with regular jumps. Jumping directly from the ground your character is standing on won't give you enough height for the attack.

Characters must at least be at the minimum height where gliding is possible. Once positioning is achieved, pressing the attack button will cause your character to strike the ground below.

While exploring the open world, standing on an elevated platform could give enough height to perform a Plunging Attack.

Xiao's Elemental Burst, Bane of All Evil, increases his jump height, allowing him to easily do continuous Plunging Attacks for a limited amount of time. Xiao doesn't take any fall damage from Plunging Attacks as well, regardless of the height.

Keqing's Elemental Skill, Stellar Restoration, can be aimed upwards so that she could teleport above enemies for an easy Plunging Attack.

Kazuha's Elemental Skill launches himself up and doing a Plunging Attack after will cause extra Anemo AoE damage (or a different type of element depending on what was absorbed).

Characters That Set Up Plunging Attacks

Venti's Elemental Skill, Skyward Sonnet, creates an air current which can provide an easy opportunity for party members to do Plunging Attacks.

Party members can be lifted by Albedo's elevator-like Geo Construct for a quick Plunging Attack.

Zhongli can spawn a Stone Stele that can be climbed for a Plunging Attack. This Geo Construct is the highest spawnable construct in the game by far, which could boost your Plunging Attack's damage, but it may take a bit of time to climb up top during combat.

The Geo Traveler can also spawn a Geo Construct that can provide a platform for a Plunging Attack. It's worth noting that this has less height compared to other Geo Constructs.

How to Get the Plunging Attack Achievement

To get this achievement, your character must start from a very high point in the map. Once there, you have to do a Plunging Attack from up top, making sure that you'll land directly on top of an enemy. The Plunging Attack should last for more than 5 seconds before connecting.

Where to Start Geronimo 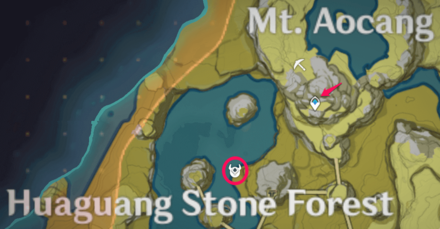 An example of a good location for this achievement is Mt. Aocang. You can teleport to the Teleport Waypoint indicated above, and on the encircled pin, you'll find a Cryo Whopperflower.

From the Teleport Waypoint, glide towards the pin. Once your character is directly on top of it on your map, do a Plunging Attack. Don't worry if you miss! Just remember the specific locations and you should be able to easily retry until you succeed.

Register as a member and get all the information you want. (It's free!)
Login
Opinions about an article or post go here.
Opinions about an article or post
We at Game8 thank you for your support.
In order for us to make the best articles possible, share your corrections, opinions, and thoughts about "How to Do Plunging Attacks" with us!
When reporting a problem, please be as specific as possible in providing details such as what conditions the problem occurred under and what kind of effects it had.