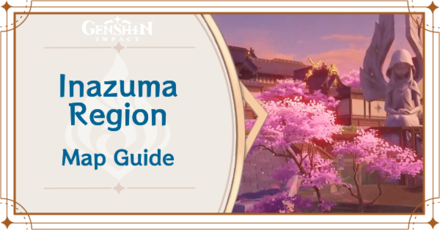 Inazuma is the Electro nation that was released in Genshin Impact Version 2.0. Learn about how to get to Inazuma, the region's map areas, puzzles, quests and regional features in this Inazuma map guide!

Inazuma is the 3rd nation to be released in Genshin Impact, with its Electro as its primary element. It is currently governed by the Raiden Shogun, Baal, and is based on Japan's culture.

How to Get to Inazuma

To get to Inazuma, you need to reach Adventure Rank 30 or above, and complete the Chapter 2: Prologue to unlock the next storyline quest. The Chapter 2: Act 1 Archon Quest will take you to the new Inazuma Region then! 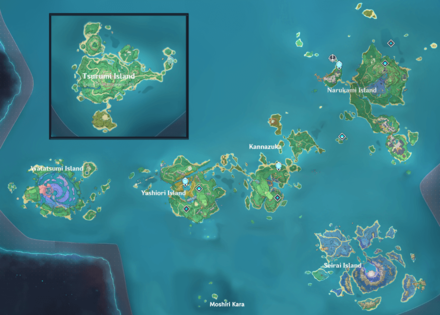 There are a total of 6 different islands in Inazuma for players to explore! Which includes the new Version 2.2 area, Tsurumi Island. 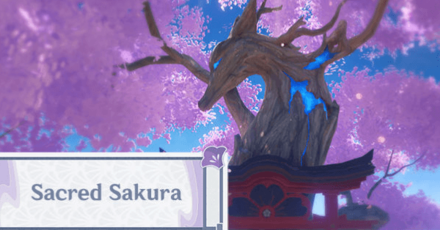 The Sacred Sakura Tree is located on top of the Grand Narukami Shrine. If you increase the Sacred Sakura's Favor Level, you will be rewarded with valuable items and stronger Electrograna! 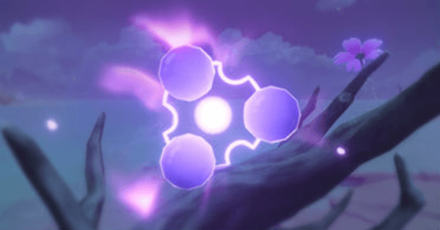 Electrograna are spirits used to solve Inazuma puzzles and pass through barriers! Upon summoning an Electrogranum, they only accompany you for a set period of time. Learn how to summon and how to use Electrograna in our guide: 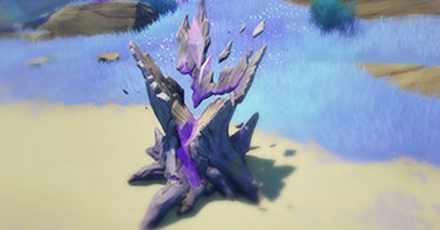 Balethunder is a status effect in some areas of Inazuma. Avoid taking damage from Balethunder with Electrograna and Thunderwood! 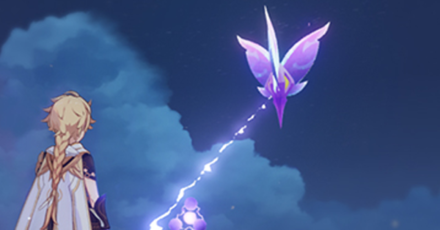 How to use the Thunder Sphere

Use an Electrogranum or be inflicted with the Electro Element to move swiftly towards Thunder Spheres. This feature is great for exploring Inazuma, and can appear Inazuma time trials! 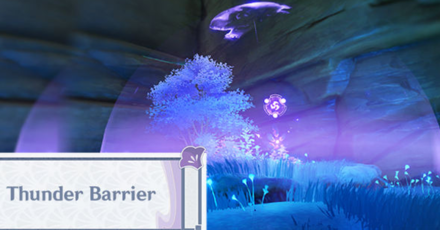 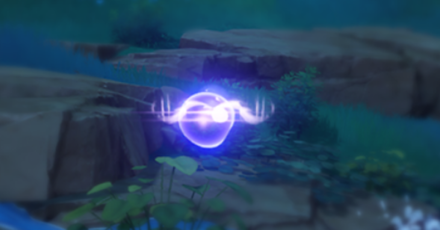 They're faster than other Seelie!

Electro Seelie is Inazuma's Seelie variant. They're faster than other Seelie in Mondstadt and Liyue, so keep an eye on them! 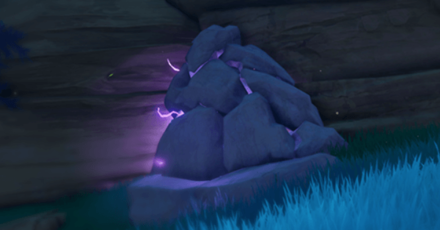 A new type of breakable stone piles can be found in Inazuma. Unlike other stone piles, these rocks will be infused with the Electro element.

How to Break Electro Stone Piles 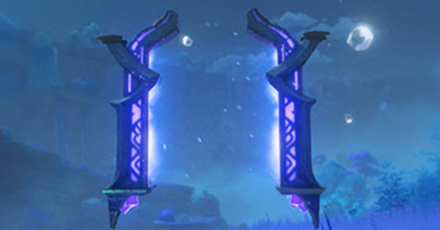 You can find Phase Gates that can help you travel faster around Watatsumi and Seirai Island.

How to Use Phase Gates 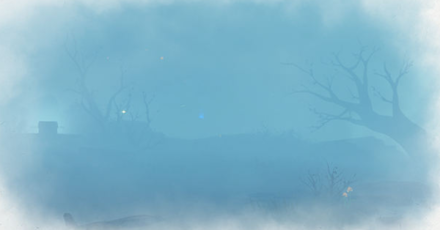 Tsurumi Island is surrounded by fog and mist when you first arrive. Staying in the fog for more than 10 seconds will turn your screen foggy and teleport you back to a waypoint!

How to Move Through the Fog and Mist

Use Specific Paths and Stormstones to light up Tsurumi Island areas and avoid getting lost in the fog.
Clear the Mist & Fog on Tsurumi Island

To solve Electro Stone Puzzles, you have to activate the Discharge Stone and let the current run through Relay Stones and onto the Cumulation Stone. For a full walkthrough, take a look at our guide! 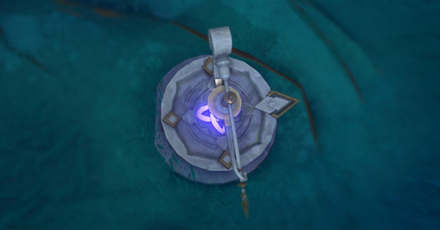 The Lightning Strike Probe points in the direction of an Electro source. If you manage to match it with the direction indicate on its base, you'll likely get rewards! 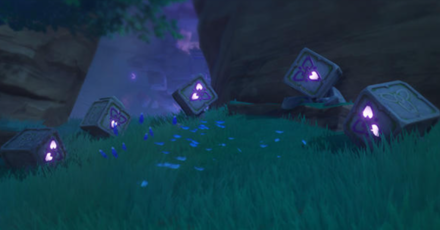 To solve Cube Pattern puzzles, you have to attack Cubes until their symbols change to match the correct patterns! Learn more about the puzzle and its locations here:

Bake-Danuki are adorable creatures that can shapeshift into other objects! The Bake-Danuki and its mysteries may have rewards for us in store! Read more about the Bake-Danuki here: 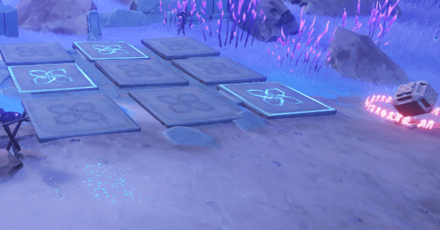 Throughout Seirai Island, you can find these Pressure Plate puzzles that reward you with Treasure Chests and access to locked areas upon completion.

How to Solve All Pressure Plate Puzzles 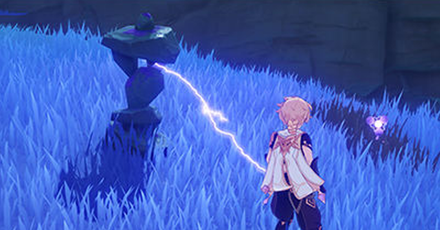 Throughout Watatsumi Island, you can find Electric Lamps that you can light up with an Electrogranum. Light up all the Electric Lamps in a certain area to reveal a Treasure Chest and get rewards! 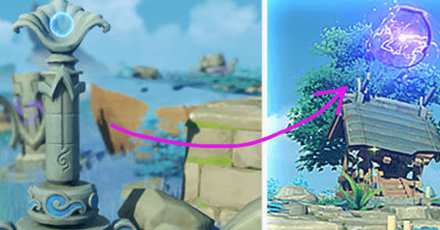 These Mysterious Pillars are scattered all over Watatsumi Island. Interact with the pillars to change the state of nearby objects or reveal something hidden in the surrounding area!

The Thunderbird Statues and Walls can be found around Tsurumi Island. Use the Peculiar Pinion gadget from the Octave of the Maushiro Quest and unlock access to locked areas and treasure! 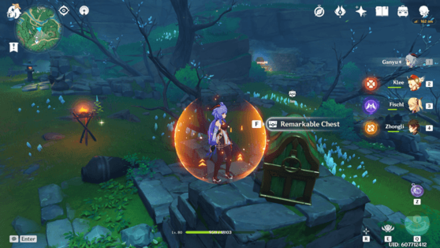 Remarkable Chests are a type of chests that can only be found on one of Inazuma's islands, the Tsurumi Island. These chests contain Furnishing and Furnishing Set Blueprints, and only a certain number of these chests spawn per day.

All Quest Types in Inazuma

All Characters from Inazuma

Drawing a Great Fortune slip in the Grand Narukami Shrine will give you the Paimon's Lucky Day! Achievement, which gives 5 Primogems!

Drawing a Great Curse slip in the Grand Narukami Shrine will give you the Just My Luck... Achievement, which gives 5 Primogems!

Defeating all the named Iwakura Clan samurai will give you the Iwakura Out Achievement, which gives 5 Primogems!

Who Let the Dogs Out Achievement

Setting Toratarou free from his cage in Jinren Island will give you the Who Let the Dogs Out Achievement, which gives 5 Primogems!

Lighting up major map areas in Inazuma will give you the Continental Explorer: Land of Surging Thunder Achievements, which give 5 Primogems each!

Thunderbolting Across the Land Achievements

Unlocking all waypoints in Inazuma will give you the Thunderbolting Across the Land Achievements, which give 5 Primogems each!

Unlocking all Shrines of Depths in Inazuma will give you the Sanctuary Pilgrim: Inazuma Tenryou Achievements, which give 10 Primogems each!

All Inazuma Shrine of Depths Locations

Following a certain amount of Electro Seelies and getting them to their Electro Courts will give you the Naku Weed Whacker Achievements, which gives you a proportionate amount of Primogems based on how many you have followed!

Lights Will Guide You Home Achievements

Following a certain amount of Seelies and getting them to their Seelie Courts will give you the Lights Will Guide You Home Achievements, which gives you a proportionate amount of Primogems based on how many you have followed!

Opening a certain amount of Treasure Chests in Inazuma will give you the Lightning-Riding Treasure Hunter Achievements, which gives you a proportionate amount of Primogems based on how many you have opened!

Completing a certain amount of Open-World Mechanisms (the red challenge mechanisms scattered in maps) in Inazuma will give you the Lightning-Riding Treasure Adventurer Achievements, which gives you a proportionate amount of Primogems based on how many you have completed!

Upgrading the Inazuman Statues of the Seven to their maximum level gives you the Eternal Thunder Achievement, which gives you 20 Primogems!

In order for us to make the best articles possible, share your corrections, opinions, and thoughts about 「Inazuma Map Guide | Genshin Impact」 with us!