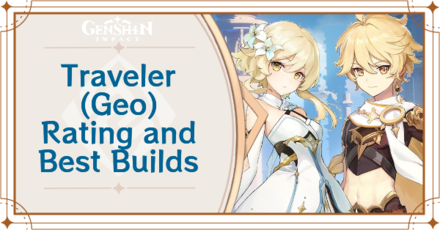 This Sub-DPS build for the Traveler focuses on quickly dealing Elemental Skill and Burst DMG to enemies and then swapping out. It's important to have their Elemental Burst always ready for this build since it provides a big chunk of DMG.

This Support build for the Traveler provides as many buffs as possible to their party. C1 and C4 are mandatory in this build since it unlocks all of their support potential.

All Recommended Weapons for Traveler (Geo)

As Geo Traveler is a free character, you'll also get all of his constellations for free! The fastest way to get constellations is by buying Memory of Immovable Crystals from Liyue's Souvenir Shop!

How to Use Traveler (Geo)

Provides a Platform for Bow or Catalyst Users 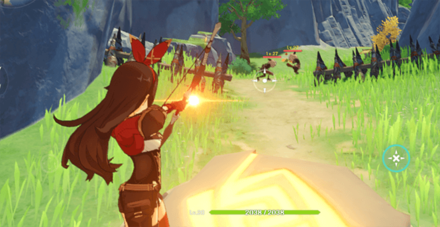 Geo Traveler's Elemental Skill, “Starfell Sword”, lets them summon a giant stone pillar from the ground. Standing on the pillar will allow Bow or Catalyst users on the team to do damage out of the enemies' reach--as long as you aren't fighting many ranged enemies!

Use to Climb Obstacles

Starfell Sword is also a great exploration tool, giving you a headstart when climbing massive walls. When climbing towering structures, use Starfell Sword as a stepping stone or a small safety cushion if you ever fall off!

Use the Elemental Burst to give a Buff to the Party 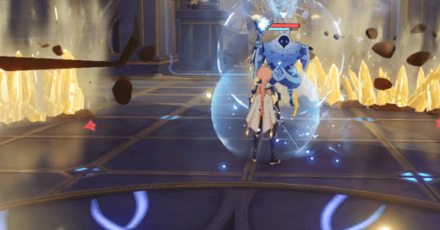 Using the Traveler's Elemental Burst, the Wake of Earth, at C1 will give a 10% Crit Rate increase and a higher resistance to interruption!

How to Get Traveler (Geo)

Resonate with Geo Statue of the Seven 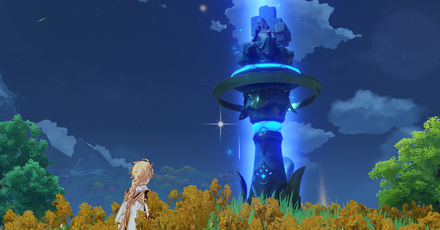 The nearest Statue of the Seven in Liyue is on Dihua Marsh. This can be easily accessed by going through the path from Dawn Winery in Mondstadt going west.

In order for us to make the best articles possible, share your corrections, opinions, and thoughts about 「Geo Traveler Rating and Best Builds | Genshin Impact」 with us!