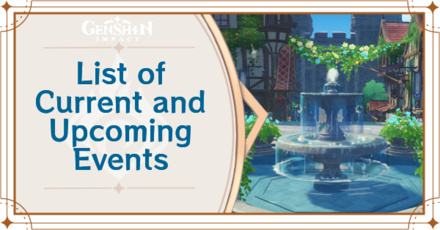 Here's a list of all current and upcoming Genshin Impact events. Check out all event schedules, dates, and guides here!

Help out Felix, a person from the Court of Fontaine, in arranging gear puzzles and fixing the Evermotion Mechanical Painting in this jigsaw puzzle event!

Embark on a new adventure full of waverider challenges, event domains, and conch collecting with Fischl, Kazuha, Xinyan, and Mona with the return of the Golden Apple Archipelago in the Summertime Odyssey Event!

Collect Phantasmal Conches and complete event challenges to get Primogems, a free Fischl Skin and other rewards in this event! 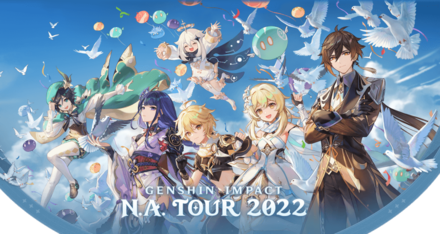 Join as Genshin Impact tours all over North America to participate in exciting events and win Genshin merchandises! 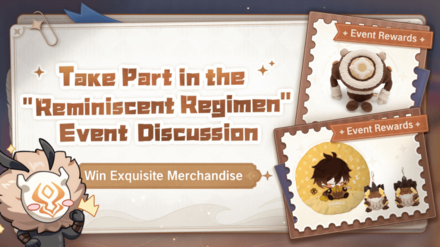 Share your thoughts on the Reminiscent Regimen event for a chance to win official Genshin Impact merchandise. Although the event has already ended, the results won't be out until August 24, 2022! 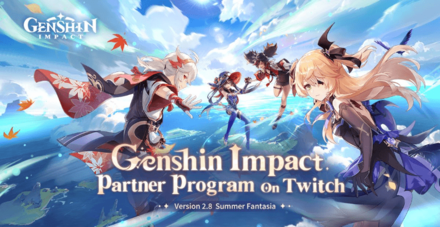 Register in the Genshin Impact Partner Program on Twitch and stream a certain number of hours for a chance to win Primogems and Cash. Although the streaming duration has already ended, the results won't be out until August 24, 2022! 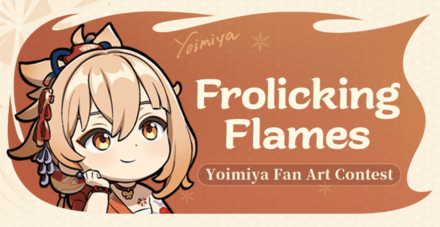 Create a fan art of Yoimiya and post it on social media with the hashtags #Yoimiya and #GenshinImpact for a chance to win Primogems and more. Although the event has already ended, the results won't be out until August 31, 2022! 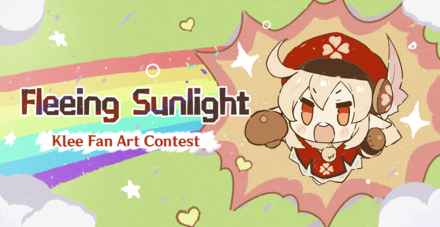 Create Klee fan art and post it on Twitter, Facebook or Instagram for a chance to win Primogems and cash prizes. Although the event has already ended, the results won't be out until August 23, 2022! 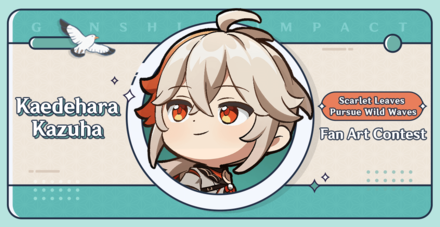 Create Kaedehara Kazuha fan art and post it on Twitter, Facebook or Instagram for a chance to win Primogems and cash prizes. Although the event has already ended, the results won't be out until August 23, 2022! 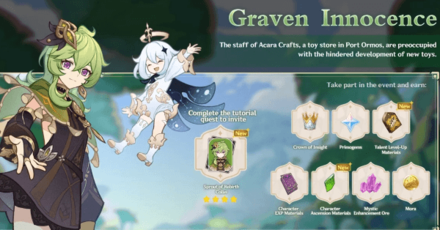 Embark on journey on a series of challenges to find inspiration for the toy craftsmen of Acara Crafts in Sumeru to win rewards like Primogems, and more! 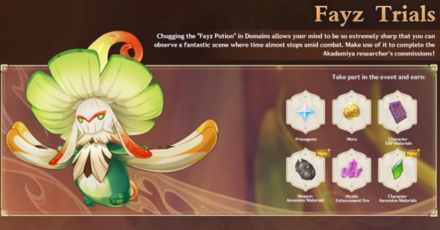 Use a Fayz Potion to stop time and spot their weaknesses to win rewards like Primogems and more! 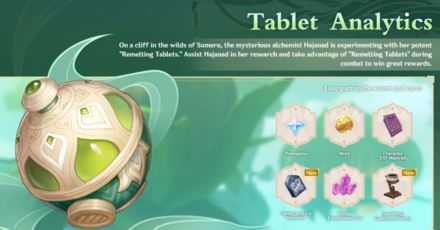 Use trial characters and trigger the Remelting Tablets buffs to beat the all-out battle challenges to win rewards! 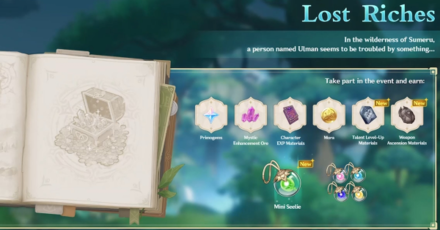 The Test Run Event allows players to use characters which they would not normally be able to play as in an exclusive dungeon. This gives players an opportunity to try out new characters before they pull on their banners!

Since Version 2.1, clearing a Test Run with a character will give you materials to ascend them once! This is super practical for new players aiming for new characters.

Participate in the free Sojourner's Battle Pass and the for-purchase Gnostic Hymn to receive prizes as you increase your BP Level.

Players who reach Gnostic Hymn Level 30 will also receive a 4-star weapon of choice as a BP Bounty!

Battle Pass Guide and All Weapons

The Login Bonus event was an event that appeared three times for the Version 1.1 update. It rewarded players who logged in at least 7 times consistently! 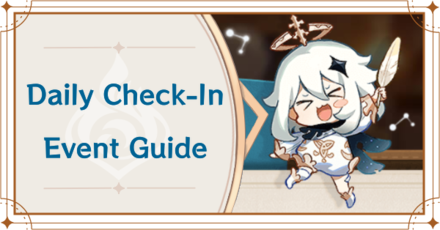 Similar to a Web Event

Receive daily login rewards by having your account registered at the HoYoLAB Community!

Stellar Reunion is an event for returnee players to Genshin Impact. Players who have not logged for at least 14 days and have not activated Stellar Reunion for at least 45 days are eligible to participate. In Version 2.1, this event will get an update and will extend to 14 days! 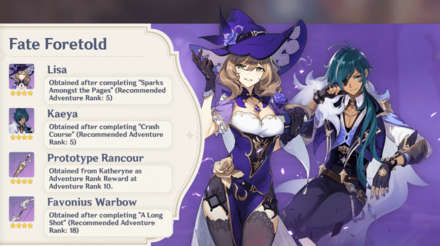 The Fate Foretold listing in the Events screen allows players to check upcoming Characters and Weapons which can be obtained from Quests!

Players who reach Adventure Rank 18 and complete the Archon Quest A Long Shot will receive the 4-star character, Barbara!

Event rewards can only be claimed once. The event page will close once the reward has been claimed.

The People's Choice Event offers the option to unlock the 4-Star Character Xiangling. As Event which allow players to unlock characters are rare, this Event offers a unique opportunity to obtain a character without using a Wish, so be sure to take advantage of it.

The Quest included within this Event is composed of multiple Floors with 3 Chambers, each requiring the player to complete 3 Challenges and collect items. The rewards received vary depending on the number of floors completed and items collected.

To see all the events that passed in Genshin Impact check out the List of Past Events!

In order for us to make the best articles possible, share your corrections, opinions, and thoughts about 「List of Events and Schedule | Genshin Impact」 with us!