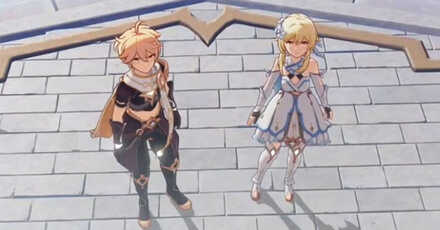 This is a guide to selecting your first character in Genshin Impact, a Gacha game available for Android, IOS, PC, and the Playstation 4. Read on to know which of the twin to choose at the start of the game, chosen twin's effect, and the difference it makes in the game.

Male Twin is Involved in the Manga 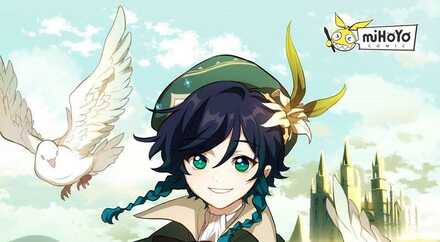 Genshin Impact have a manga series about its world and it helps add more lore to the already existing characters in the game. If you want to make the story be highly similar to the manga's story then choose the male character as the male twin is hinted to be involved in the manga.
Genshin Impact Manga

Choice Does Not Have a Major Effect

the starting twin you choose won't have a huge effect on the game. The main story doesn't change (aside the fact that your chosen twin will be the one standing in the cutscenes) and your goal will still be to search for your other twin. The choice simply affects the gender and look of your starting character but aside from that, everyting else plays the same.

Of course, being a different character, each twin has their own unique look. A simple fact but is often, the deal breaker when choosing among the two.

See more comments (4 Comments)
Opinions about an article or post go here.
Opinions about an article or post
We at Game8 thank you for your support.
In order for us to make the best articles possible, share your corrections, opinions, and thoughts about "Which Main Character to Choose | Select a Twin Choice" with us!
When reporting a problem, please be as specific as possible in providing details such as what conditions the problem occurred under and what kind of effects it had.