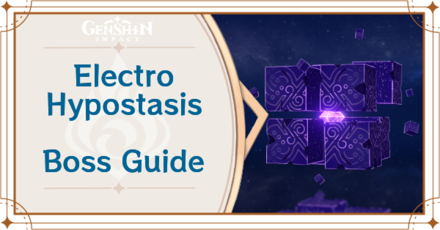 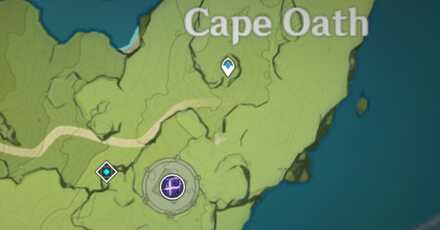 The Electro Hypostasis can be found in Cape Oath, in the Galesong Hill area of Mondstadt.

Once you have the Eagle's Gate domain unlocked, you can use it as a waypoint to get to the boss area faster.

How to Beat Electro Hypostasis

Shields Itself with Defense Cubes

Similar to other Hypostasis, the Electro Hypostasis is invulnerable to all damage while it has cubes surrounding it. It is best to keep your distance and dodge its attacks while waiting for an opportunity to counterattack.

After doing an attack, the Electro Hypostasis won't have the defense cubes surrounding it and will be vulnerable for a few seconds. Take this opportunity to attack and bring down its HP.

Once the Electro Hypostasis HP is low enough, it will disappear and 3 Electro Prisms will appear at the center that you need to destroy.

The Electro Prisms are immune to normal attacks and electro damage, so you will need to use Elemental Attacks in order to destroy it. It might be useful to save up your skills once the Electro Hypostasis is below 15% HP, so that your skills won't be on cooldown when it's time to destroy the Prisms.

The following are the best recommended characters to use for the Electro Hypostasis.

Once the Electro Hypostasis is vulnerable, use your Sub-DPS Elemental Skill then quickly switch to your main DPS to deal damage so that you can deal continuous damage.

If you're having trouble dodging certain attacks, use Noelle's skill to put a shield up so that you take less damage.

It's best to save your bursts and skills for the Electro Prisms if you can. Most F2P characters deal normal attack damage, so once you use up their skill or burst, it's best to switch to the next character.

You can also finish off the Prisms with Amber's charged bow attack as it will deal Pyro damage.

For this fight, it is highly recommended to use characters that don't need to use Skills or Burst to deal elemental damage as they will be able to destroy the prisms even if their skills are on cooldown.

Characters that synergize well with the element of your main DPS will increase the damage and elemental reactions that you generate, making the fight easier in the long run.

When the cubes form the shape of a fist, immediately dash and move away from its attack range to avoid taking damage. This attack is sometimes followed-up by 2 more attack forms which are the scissor attack and the hand slam.

This attack can easily be avoided by continuously walking or dashing away from its target.

You can avoid this attack by walking or running in a counter-clockwise direction. However, since the Electro Hypostasis is also vulnerable during this attack, you can also use this opportunity to dish out some damage before moving away to dodge the cubes returning when the circle below disappears.

Avoid this attack by moving clockwise as the Electro Hypostasis spins slowly. The cubes on the ground will grow larger as the attack finishes but it can be avoided by dashing in the opposite direction.

If you're not able to escape, you will need to dodge the attacks. The range of the attack can be seen on the ground making them easy to avoid. You can wait for the attack to expire or break one of the pillars to end it quicker.

Characters That Use Electro Hypostasis Materials

The character who tanks the consecutive attacks MUST survive. This achievement is also unlocked if a co-op player in your team survives the attack chain as well.
Achievement List and Rewards

In order for us to make the best articles possible, share your corrections, opinions, and thoughts about 「Electro Hypostasis Weakness and Strategy Guide | Genshin Impact」 with us!