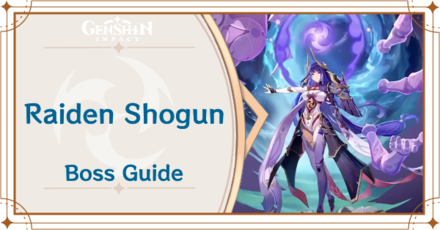 Raiden Shogun is a weekly Genshin Impact boss located in Grand Narukami Shrine, Inazuma. See the best team and characters for beating Raiden Shogun and check out our tips for clearing the boss challenge!

Have an Electro Character in the party

We recommend having at least one Electro character in the party to make the boss fight easier to deal with. Raiden is a great option as not only she can destroy the Flowers of Remembrance, but can also provide energy to other party members and deal a lot of Electro DMG.

Xiangling and Xingqiu can provide off-field damage and reactions thanks to their Elemental Bursts. Bennett will provide healing to keep Raiden alive and boost her ATK thanks to his Elemental Burst.

All the Best Characters for Raiden Shogun

How to Beat Raiden Shogun

Be Wary of Attacks that Spawn on the Field

There are two main attacks that you need to keep an eye out for before the Raiden Shogun Enters Baleful Shadowlord form. These attacks will summon field units that will leave the Raiden Shogun defenseless if you destroy it on time.

Look out for when she summons the Magatsu Electroculi. Ready your Elemental Skills before it spawn as the Electroculi disappears quick. Failing to destroy it damages the area around it!

Find and Defeat the Special Illusion 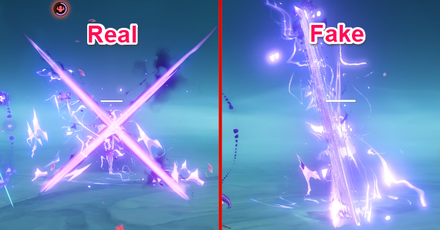 The real Raiden Shogun will do an X-shaped attack while the other 3 illusions that will do a single line attack.

You'll need to do this when the boss creates 4 identical copies of herself. Each illusion doesn't have a lot of health and finding the right one will put her into an exposed state for you to freely do damage.

The Baleful Shadowlord Form is an unavoidable phase for the fight. The Electro Shield on the Raiden Shogun will deplete on its own, but dealing any type of damage can help deplete it faster and will also recharge your Energy!

Once the shields reaches zero, she will take increased damage and be open to attack. If the Raiden Shogun isn't defeated by then, the fight will cycle through the whole process again.

Attack the Flowers of Remembrance to Avoid KO

When the Raiden Shogun summons a colossal arm, you will need to attack the Flowers of Remembrance to create a dome shield. Doing this will prevent your active character from being hit by her 1-hit KO attack!

You'll know when to do this when the Raiden Shogun exclaims ''Witness the final calamity''!

Recommended to Use Electro

Using Electro attacks will immediately destroy the Flowers of Remembrance, but you can still use other elements to do this. Note that if you do use other elements, it'll take a couple of hits until it's destroyed!

The Special Illusion attack will create 4 illusions that will send waves of electro damage across the arena. The real raiden Shogun will attack with an X-shaped pattern compared to the other three. Finding the correct one will leave her open to attacks.

The Raiden Puppet boss will summon multiple small Electro Aoe's around the arena, followed up by an attack at the center which will freeze and deal huge damage to players caught in the middle. This attack can be avoided by running to the edge of the arena.

This attack is a 2-part combo. The first slash will send 5 vertical waves towards the player, followed by a single horizontal slash. This attack can be avoided by either getting out of the way or directly dodging into the attack.

The Raiden Puppet boss will raise her sword and smash it on the ground, which will deal damage in a straight line. This attack is slow and telegraphed clearly, so dodge out of the way when you see her raise the sword!

The Raiden Puppet boss will summon three spears on the ground that will continually pulse AoE attacks that travels across the floor. It is not worth attacking the Raiden Shogun during this phase. Instead, focus on jumping over the AoE's and wait for the attack to finish! 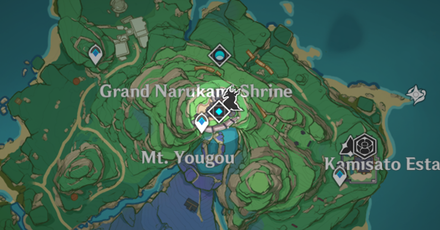 Raiden Shogun can be found in the Grand Narukami Shrine in Inazuma. You will only be able to access it after completing Raiden Shogun's Story Quest: Act II.

This achievement requires you to attack the correct Raiden Shogun duplicate on the first hit.

This achievement can be easily done with a character that can create climbable Geo Constructs like the Geo Traveler or characters who can lift themselves up in the air like Venti or Kazuha.

In order for us to make the best articles possible, share your corrections, opinions, and thoughts about 「Raiden Shogun Boss Guide | Magatsu Mitake Narukami no Mikoto | Genshin Impact」 with us!