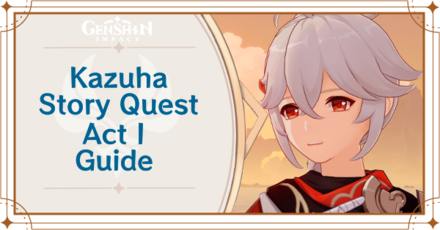 Here's the guide to the first Kazuha Story Quest in Genshin Impact, "Acer Palmatum Chapter: Act I." See how to unlock Kazuha's quest, how to complete all quests in "A Strange and Friendless Road," and how to get the free 4-Star sword among other rewards!

How to Unlock Kazuha's Story Quest

You can unlock Kazuha's Story Quest by consuming a Story Key, but you need to reach Adventure Rank 40 or above. You also have to complete the Chapter 2: Act 3 Archon Quest and Raiden's first Story Quest!

A Strange and Friendless Road Chapters

Upon the Plain, a Purple Shadow Guide

You and Paimon travel near Byakko Plain on your journey...

Upon the Plain, a Purple Shadow Objectives

Upon the Plain, a Purple Shadow Walkthrough

Through the Mist, a Name Unveiled Guide

To prevent the attacker from causing more harm, you and Kazuha decide to investigate his identity.

Through the Mist, a Name Unveiled Objectives

Through the Mist, a Name Unveiled Walkthrough

Ere the End, a Glance Back Guide

As it turns out, the one behind the missing-person case is a cursed blade that has possessed Amenoma Yuuya's body. To save the latter and to prove the absurdity of the blade's fixation, Kazuha eventually takes up the cursed blade himself.

Ere the End, a Glance Back Objectives

Ere the End, a Glance Back Walkthrough 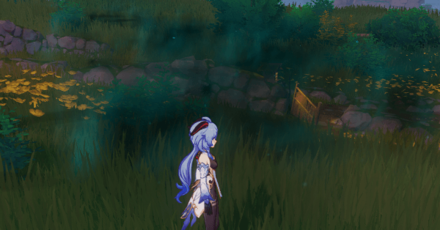 Look for a dark, blue-green cloud in your surroundings. Follow this scent trail until you get to the next location, which is marked on your map!

All Rewards from Kazuha Story Quest

Get the Cursed Blade from Kazuha's Story Quest 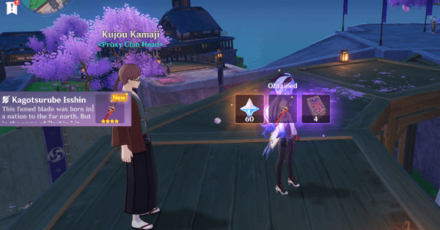 After completing the full Kazuha Quest, you'll get the Cursed Blade that was featured in the story. The sword's name is "Kagotsurube Isshin" and you can learn more about it in our weapon guide!
Kagotsurube Isshin Weapon Guide

Upon the Plain, a Purple Shadow Rewards

Through the Mist, a Name Unveiled Rewards

Ere the End, a Glance Back Rewards

A Strange and Friendless Road

In order for us to make the best articles possible, share your corrections, opinions, and thoughts about 「Kazuha Story Quest Guide | Acer Palmatum Chapter 1: A Strange and Friendless Road | Genshin Impact」 with us!