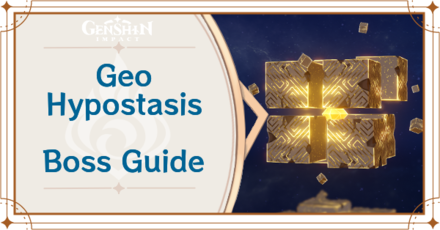 The Geo Hypostasis can be found in Guyun Stone Forest, in the Sea of Clouds area of Liyue. You can use the nearby waypoint and either swim to the area or pass through the connecting islands.

The Geo Hypostasis respawns after five to ten minutes, sped up by teleporting to a distant part of the map and waiting before teleporting back!

How to Beat the Geo Hypostasis

Attack with a Claymore

Attacking with any other weapon will not deal much damage on the rock pillars. For beginners, it is highly recommended that you use Noelle while the Geo Hypostasis is invulnerable.

Noelle will allow you to protect yourself from its attacks using your elemental skill and since Noelle is using a claymore weapon, you can break the rock pillars easier.

Find an Opportunity to Attack

The Geo Hypostasis is invulnerable when the yellow cubes are present around its body, and harder to hit when on top of its geo pillars. Wait for it to appear in its vulnerable state with its core exposed before you attack! 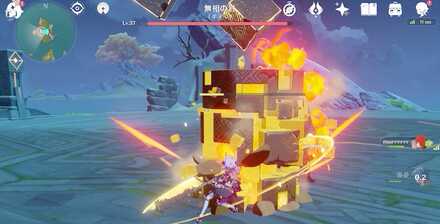 Once you have dealt enough damage to the Geo Hypostasis, it will summon three rock pillars in the center of the arena. Focus on destroying these immediately once you enter this phase to defeat the Geo Hypostasis completely.

Failing to destroy these pillars will recover some of the Geo Hypostasis' health.

Have Claymore Characters in the Party

Using Claymore characters is the fastest way to destroy the Geo Hypostasis pillars and make it vulnerable enough for your stronger attacks.

Some catalyst users such as Ningguang and Klee are able to deal damage that breaks the pillars quickly too.

Are you missing specific characters, or have you not built a full party yet? Teaming up with others from our Co-Op boards is a great way to quickly beat the Geo Hypostasis and other bosses!

An attack that shoots multiple small rocks that can easily be avoided by moving around.

A single shockwave is emitted from the rock pillar when the Geo Hypostasis is on top of it. It only deals minor damage and it has no follow-up attack.

The most dangerous attack of the Geo Hypostasis. It can be countered by destroying the floating cube near the center rock pillar. This will create a shield in a small area that can protect you from the shockwaves.

Falling rocks from the sky. It can be avoided by moving away from the yellow circles on the ground where they would hit.

Forms into a gun-like structure in the air and locks on the target with a Geo seal. It will fire a large blast unto the target's last location after a few seconds delay.

A large, Geo hammer will fall on the yellow marked area. Three trails of tiny geo explosions will follow after hitting the ground.

The Geo cubes will form into two walls before quickly slamming into each other like a clap.

Characters That Use Geo Hypostasis Materials

In order for us to make the best articles possible, share your corrections, opinions, and thoughts about 「Geo Hypostasis Weakness and Strategy Guide | Genshin Impact」 with us!