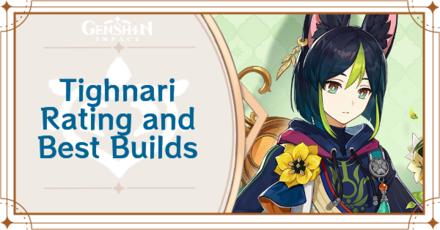 This Main DPS build for Tighnari focuses on increasing his overall damage from all sources. This is the best set for Tighnari only if there are no other Dendro characters who can carry the Deepwood set for him.

This Main DPS build for Tighnari focuses more on his Charged Attacks and triggering the Spread Elemental Reaction. This set should only be used if a second Dendro character is already carrying the Deepwood set.

The Gilded Dreams artifact set is a very good alternative if you neither have a good Deepwood nor Wanderer's artifact set yet. This build will heavily rely on how well you can trigger Elemental Reactions with Tighnari to perform well.

The Bulk of Tighnari's Damage comes from his Charged Attacks and should be the priority in leveling, with his Elemental Burst close at second. His Elemental Skill can be saved for last.

All Recommended Weapons for Tighnari

This premium Tighnari Team Comp focuses on the Spread Dendro reaction. Fischl and Yae Miko will ensure that the Quicken Aura will remain active on the enemy, which helps Tighnari trigger the Spread reaction from his Charged Attacks and Burst.

Zhongli can be replaced with characters that don't interfere with Dendro Reactions like Kazuha for Anemo or Diona for Cryo.

This Tighnari team comp focuses on creating Quicken-type reactions and with Nahida acting as a debuffer by equiping the Deepwood artifact set. This team will chip away at the enemy's health with constant Spread and Aggravate damage!

C2 is a Good Stopping Point

Tighnari's second constellation provides a very high damage increase for his kit. It is a good idea to stop pulling on his banner after his unlocking C2, unless you want to turn him into a more Burst Support-oriented role with his fourth constellation.

How to Use Tighnari

Seek Out Enemies with Charged Attacks 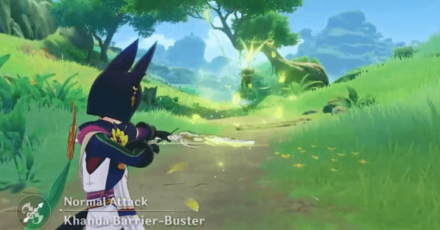 Level 1 allows him to deal Dendro DMG with a single shot. Level 2 fires off a Wreath Arrow that creates 4 other Clusterbloom Arrows that home in on enemies, dealing Dendro DMG. 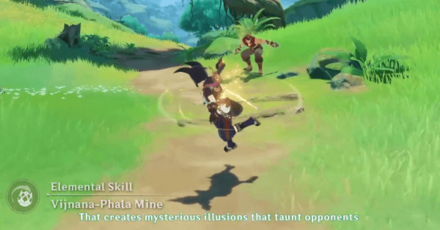 Tighnari's Elemental Skill, Vijnana-Phala Mine, summons a Vijnana Stormheart that deals AoE Dendro DMG and taunt enemies inside the field.

Whenever Tighnari uses his Elemental Skill, his next Charged Attack Level 2 will charge up quicker. The effect will last until Tighnari has managed to fire three Wreath Arrows. 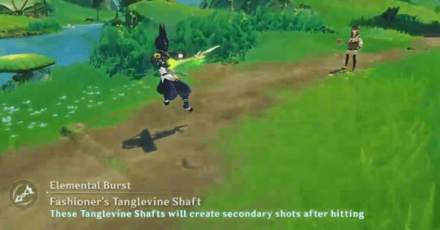 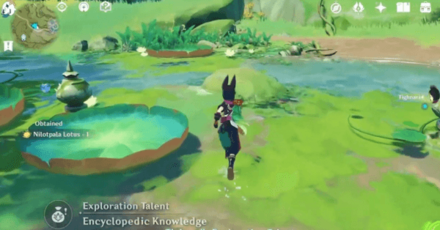 Tighnari's Encyclopedic Knowledge talent will be very useful when you start exploring Sumeru as it can track Local Specialties exclusive to Sumeru.

How to Get Tighnari

Although Tighnari's banner has ended, he is available as a 5-star character on the Standard Banner and in other character banners.
Wanderlust Invocation Banner Guide

Tighnari was officially released as a playable character during the first phase of Version 3.0 on August 24, 2022.

In order for us to make the best articles possible, share your corrections, opinions, and thoughts about 「Tighnari Best Builds and Rating | Genshin Impact」 with us!