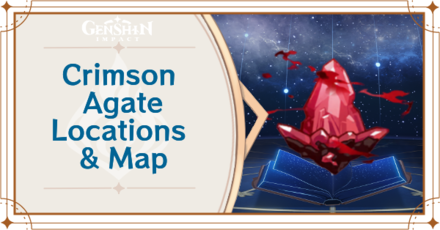 Crimson Agates are used to upgrade the Frostbearing Tree in Genshin Impact. Use our interactive map to find all Crimson Agate Locations, detailed walkthroughs on how to get each Crimson Agate, and read other Crimson Agate information here!

Crimson Agates are similar to the oculi found in other regions of Teyvat. There are a total of 80 Crimson Agates that can be found all over Dragonspine.

21. Step on the Ice Platform 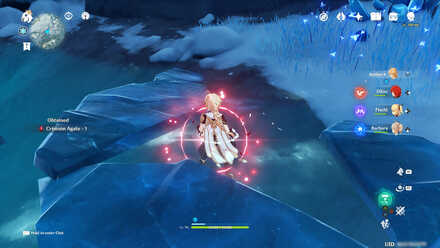 29. Use the Mechanism and Destroy the Wall

Down the western path from the Teleport Way point by the Starglow Cavern text you can find one of the floating Ruin Turrets. Defeat it and find the nearby Cryo-activated pillars to unlock the mechanism needed to lower the water by the bridge.

Once lowered, you can glide down and destroy the wall at the end of the cavern to get the Crimson Agate. You can also open the door from there and make a shortcut! 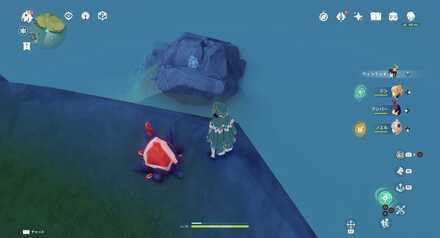 There's a Scarlet Quartz located on the coast north of the small island for Crimson Agate 41 that is considerably closer than the one to the west.
Back to Top

How to Unlock Crimson Wishes 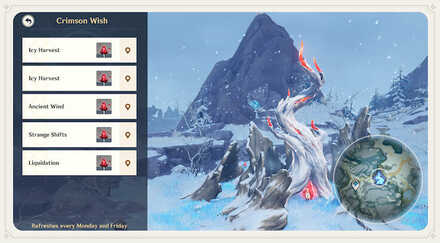 After gathering enough Crimson Agates to level the Frostbearing Tree to level 8, you will unlock Crimson Wishes, which will be the only way to get Agates once you have found the ones spread out in the Dragonspine area.

At the server reset time on Mondays and Fridays, the Frostbearing Tree will renew the Crimson Wish, allowing you to find 5 new Crimson Agates to level it up. Once the Tree is at maximum level, the Crimson Wishes will stop appearing. 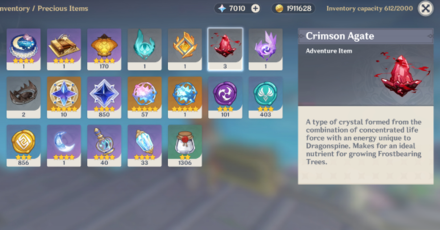 Note that as long as you do not level up your Frostbearing Tree to its maximum level, the Crimson Wishes will still appear. This means that there's a chance you can get one or more extra Crimson Agates.

If you're finding it hard to explore the terrains of Dragonspine, bring a friend or two to help you! Check out our friend request and co-op boards for potential exploration buddies:

How to Use Crimson Agate 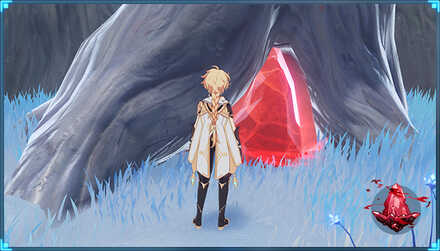 Similar to offering an Anemoculus or a Geoculus to a Statue of the Seven, Crimson Agate can be offered to the Frostbearing Tree to obtain rewards. Unfortunately, unlike the Oculi, there is no Resonance Stone for Crimson Agates.

A type of crystal formed from the combination of concentrated life force with an energy unique to Dragonspine. Makes for an ideal nutrient for growing Frostbearing Trees.

Register as a member and get all the information you want. (It's free!)
Login
Opinions about an article or post go here.
Opinions about an article or post
We at Game8 thank you for your support.
In order for us to make the best articles possible, share your corrections, opinions, and thoughts about "Crimson Agate Locations and Interactive Map" with us!
When reporting a problem, please be as specific as possible in providing details such as what conditions the problem occurred under and what kind of effects it had.