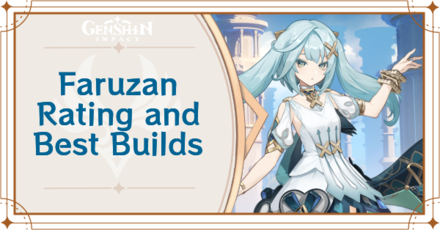 Faruzan as a Support is her best build, which works especially well on teams that utilize Swirl to deal DMG. She uses the Viridescent Venerer to debuff the respective Swirl Element. It's recommended to have her at C6 to gain her fullest potential.

This alternative Faruzan build is meant for Mono Anemo teams or teams as a Support buffer. Weapons that have a high Base ATK like the Skyward Harp are recommended to take advantage of Faruzan's Anemo DMG buffs.

If you have unlocked all of Faruzan's constellations, the Tenacity of the Millelith will be her best set thanks to the effect of her 6th constellation that allows her to deal consistent hits.

While Faruzan won't be able to deal much DMG, she'll make up for it with providing ATK buffs with full uptime.

Upgrading Faruzan's Elemental Burst should be the main priority as her Anemo DMG buffs will also increase when leveled up. Afterwards, level up your Elemental Skill and Normal Attack talents respectively to increase Faruzan's DPS.

Faruzan's best artifact set generally is the Viridescent Venerer thanks to its ability to also shred other elemental resistances. Noblesse Oblige is also a viable option if your team doesn't revolve around elemental reactions.

If you have unlocked all of Faruzan's constellations, the Tenacity of the Millelith is her best in slot as her Elemental Skill can now consistently hit enemies.

Faruzan will benefit a lot from weapons that either have Energy Recharge for consistent Elemental Burst usage, or high Base ATK for better Anemo DMG buffs.

The Favonius Warbow is Faruzan's best weapon you can get for free by completing the A Long Shot during Prologue Act III.

While this weapon doesn't have the highest Base ATK, it makes up for it by providing Energy Recharge and Elemental Particles for Faruzan's Elemental Burst.

All Recommended Weapons for Faruzan

Faruzan's main role in the team is to buff the party's Anemo DMG. She is recommended for teams that include Anemo DPS characters like the Wanderer, Xiao, or Shikanoin Heizou.

Faruzan's role in this team comp involves buffing both Anemo and Pyro characters thanks to the Viridescent Venerer artifact set. The Pyro Resonance is beneficial in increasing overall ATK for the party.

This team comp focuses on taking out mobs of enemies through Swirls and the Electro-charged reaction while also dealing high Anemo DMG.

This team comp allows either Xiao or the Wanderer to be protected by shields when mid-air while still dealing a high amount of DMG thanks to her buffs.

This team focuses on dealing high Anemo DMG thanks to the Anemo RES shred from Faruzan. You can build Faruzan with less Energy Recharge with this team.

Faruzan's utility as an Anemo support is at its best when all of her Constellations are unlocked as her 6th Constellation provides an Anemo CRIT DMG bonus.

How to Use Faruzan

Faruzan deploys a polyhedron that deals AoE Anemo DMG to nearby opponents, and enter a ''Manifest Gale'' state. This state is consumed with her next Aimed Shot, which turns into a Hurricane Arrow.

The Hurricane Arrow applies a 'Pressurized Collapse' upon hit, creating a vortex that pulls objects and enemies inward. This skill stays even when Faruzan is not in the field!

Faruzan deploys a Dazzling Polyhedron, which unleashes a Whirlwind Pulse that deals AoE Anemo DMG. The polyhedron will create a triangular path and unleash another Whirlwind Pulse.

The Whirlwind Pulse applies AoE Anemo DMG, decreases the Anemo RES of any opponents hit, and gives Anemo DMG Bonus to all nearby party members! 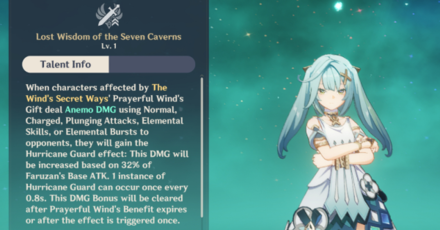 When Faruzan is in the party and a team member uses Normal, Charged, or Plunging Attacks, Elemental Skills or Bursts that deals Anemo DMG to an enemy, DMG will be increased based on Faruzan's Base ATK. 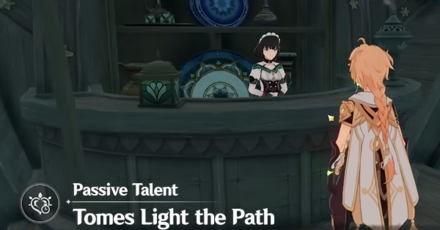 Faruzan gains 25% more rewards from Sumeru Expeditions when deployed for 20 hours or more!

Lost Wisdom of the Seven Caverns

How to Get Faruzan

The new 4-Star Anemo Character, Faruzan, received a huge drop-rate boost in Wanderer's debut banner and Itto's rerun banner. It ran from December 7, 2022 until December 27, 2022 Gorou and Yanfei were also on rate-ups in Phase 1.

Faruzan will also be available in the Wanderlust Invocation in the next versions!

Faruzan was released as a playable character during the first phase of Version 3.3 on December 7, 2022.

See more comments (21 Comments)
Opinions about an article or post

In order for us to make the best articles possible, share your corrections, opinions, and thoughts about 「Faruzan Best Builds and Artifacts | Genshin Impact」 with us!