How to Get Treasure Compass and Effects | Genshin Impact 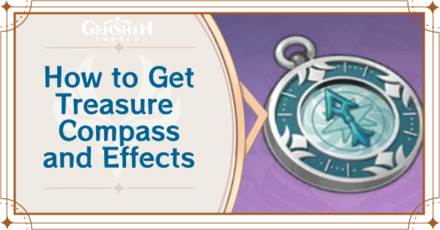 Anemo and Geo Treasure Compass are new Items coming to Genshin Impact. Learn where to find Treasure Compasses, how to use them, and everything you need to know about them here!

How to Get the Treasure Compass

Unlock by Raising Your Reputation to Level 6

To unlock the blueprints for the Treasure Compasses, you have to reach Reputation level 6 in Mondstadt and Liyue. You can raise your Reputation by doing Requests or Bounties in one of the regions.

Decide on Mondstadt or Liyue

Since the amount of Requests and Bounties you can do per week is shared between regions, we strongly recommend choosing a region to focus on first.

How to Use Treasure Compass

Displays Locations of Nearby Treasure Chests on the Map

The Treasure Compasses can detect nearby unclaimed Treasure Chests and will lead you to them with a golden wind-like effect. If you find a Treasure when using it, it has a cooldown of 30 seconds, but if no Treasure Chests were nearby it only needs 5 seconds to reset.

Each Region has its own Treasure Compass

Just like the Resonance Stones, each region have their own Treasure Compass as well. These devices will only work in their respective areas, so choose the region you focus on carefully.

You can also cheat a bit and use our map of Treasure Chests instead!

Recommended Use of Treasure Compasses

Use in Areas You Have Progress

You can also decide on which region to focus on based on the number of Treasure Chests you have found so far. Especially if you're close to getting the Achivement in an area, this might be the best way to reach goal quickly!

You can see the amount of Treasure Chests you've found in the "Mondstadt: The City of Wind and Song" and "Liyue: The Harbor of Stone and Contracts" Achievement sections.

When a New Region is Implemented 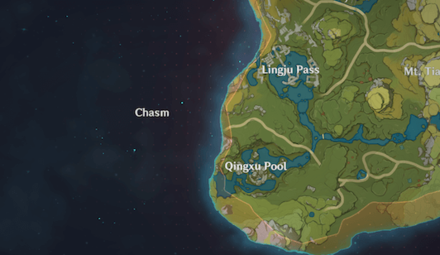 It might be a good idea to aim for reputation level 6 in entirely new areas as well, especially if you already know your way around Mondstadt and Liyue and have all of the Achievements.

However, since you probably have to get to reputation level 6 for an area before you can unlock the blueprint, it might take quite a while to get it.

How to Best Raise Your Reputation

Depends on Materials and Reputation

If getting to reputation level 6 takes a lot of time, holding off on collecting Treasure Chests till you get it will be a bad idea. Likewise, if the Compasses require rare and valuable materials, it might be better to save them and go Treasure Hunting on your own, or rely on our maps.

In order for us to make the best articles possible, share your corrections, opinions, and thoughts about 「How to Get Treasure Compass and Effects | Genshin Impact」 with us!