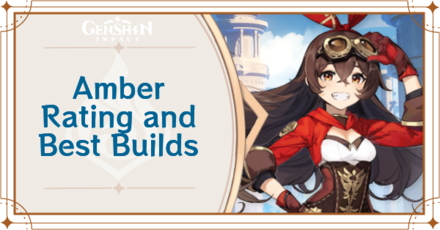 Amber is a 4-Star Pyro Bow character that can be built as a Sub-DPS or Support in Genshin Impact. Learn about Amber's build, ascension materials, best weapons, best artifacts, talent priority, skills, teams, and our rating of the character in this build guide!

This Sub-DPS build for Amber focuses on maximizing the damage from her Elemental Burst. It's especially useful in Team comps where Amber is the only Pyro character. The Favonius Warbow will be your best F2P weapon in this build, given how well it synergizes with her Elemental Burst!

This Sub-DPS build for Amber provides different buffs and utilities for the team while sacrificing a bit of her personal DMG. It is important to have Amber's Elemental Burst always ready after cooldown for this build.

The bulk of Amber's DMG comes from her Elemental Burst, so it should be maxed out first. Next would be her Elemental Skill, it may not be as powerful but it still provides some utility in keeping the enemies distracted.

All Recommended Weapons for Amber

With Amber in the team, she can help get rid of the weaker mobs with her Elemental Burst and use her Elemental skill to help Hu Tao focus on dealing with a single enemy.

Amber's Elemental Skill can also help in keeping Zhongli's shield undamaged and have it active for a longer duration.

Any Main-DPS character that needs a taunter to help keep enemies distracted will find that Amber is an excellent enabler in the team. She's also a decent Pyro applier with her Elemental Burst, which can help with certain vaporize or reverse melt team comps.

Sub-DPS characters that can work off of Amber's Pyro application on enemies are good additions to the team. Amber's quick Elemental Burst animation will tremendously help in creating quick character swap rotations.

Amber's taunt won't always be active. This is when healers and shielders can make up for that downtime in supporting the party.

Certain support characters who can amplify the Pyro DMG of Amber or the entire party. Anemo characters are especially useful if they use the Viridescent Venerer artifact set, which can reduce the Pyro resistance of enemies!

Unlocking Amber's 6th constellation unlocks additional buffs that further enhance her role as a Sub-DPS and Support. However, we don't recommend unlocking this constellation manual through the Starglitter Exchange.

How to Use Amber 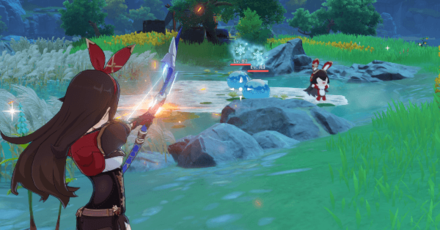 Amber's Elemental Skill will deploy her Baron Bunny, which allows her to taunt and lure enemies in.

Once the Bunny explodes or is destroyed by enemy hits, it will deal AoE Pyro DMG and give a lot of Energy particles to funnel for her Elemental Burst.

Hit Weak Spots From a Distance

Amber's Charged Attack is great in the early game for aiming and shooting at weak spots. You can stun enemies like Ruin Guards by hitting their eye weakpoints!

Hitting enemies' weak spot will always deal critical damage! If you want to build a Aimed Attack-focused Amber, you can dedicate your resources to Crit DMG instead. 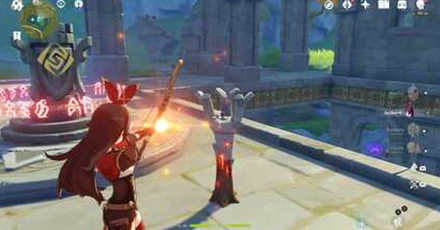 Amber is the best when trying to solve puzzles such as lighting up torches and braziers, hitting floating balloons, clearing vines, or even exploring the icy mountains of Dragonspine with Amber's fiery arrows! 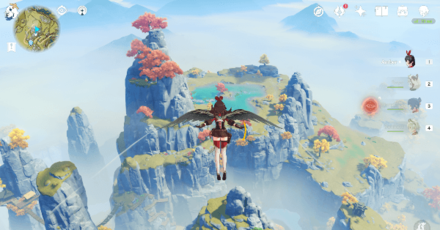 Amber's Passive Skill “Gliding Champion” reduces the stamina consumption of all party members by 20%. This allows for easy travel across mountainous areas such as Liyue and Dragonspine.

Every Arrow Finds Its Target

How to Get Amber 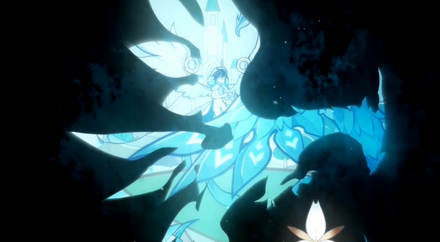 Amber is one of the three free characters that you unlock by playing the early part of the story through the Archon Quests. You can only get one copy of her, so you will need to find other sources to raise her constellation.
Prologue: Act 1 Story Walkthrough

As a 4-star character, Amber has a chance to appear in the Starglitter Exchange every month. She can be traded for 34 Masterless Starglitter.

Amber's Thoughts About Others

In order for us to make the best articles possible, share your corrections, opinions, and thoughts about 「Amber Rating and Best Builds | Genshin Impact」 with us!