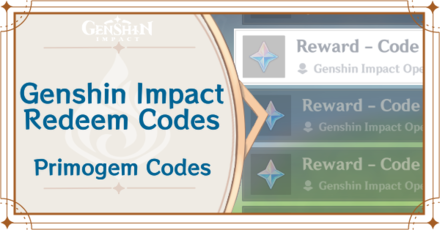 This is a list of all Genshin Impact Redeem Codes as of June 2021. Learn how to redeem special promo codes for free Primogems, and all the active Redeem Codes in this guide! 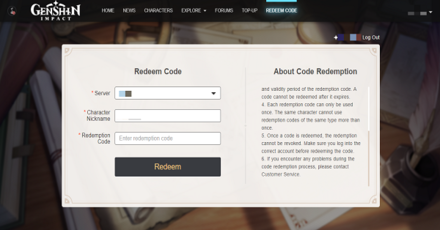 Go to the Genshin Impact Official Website, log in with your account, and select the server you play in. Input the special promo code and press ''Redeem.'' A display message will inform you if the code was redeemed succesfully, already in use, expired, or invalid.

If it shows that you redeemed the code successfully, log in to the game and check your rewards! If it doesn't show up, let some time pass before checking again.

How to Redeem Codes on PS4

Open the in-game Menu and click settings. The Redeem Code feature can be found under Account. Click on the Redeem Code button and input the special promo code! A display message will inform you if the code was redeemed successfully, already in use, expired, or invalid.

The Redeem Code rewards should show up in your game menu quickly! If it doesn't show up, let some time pass before checking again.

What are Redeem Codes? 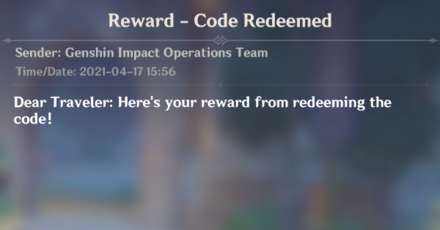 Genshin Impact Promo Codes can be redeemed for a variety of rewards! After redeeming promo codes, the Genshin Impact Operations Team sends you in-game mail with the precious Redeem Code rewards.

Register as a member and get all the information you want. (It's free!)
Login
Opinions about an article or post go here.
Opinions about an article or post
We at Game8 thank you for your support.
In order for us to make the best articles possible, share your corrections, opinions, and thoughts about "List of Redeem Codes 2021 | How to Redeem Free Primogems" with us!
When reporting a problem, please be as specific as possible in providing details such as what conditions the problem occurred under and what kind of effects it had.