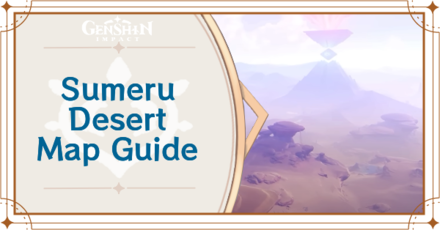 Sumeru has a large desert with a pyramid, a temple, some oases, and a giant robot. Learn more about Genshin Impact's Sumeru Desert in this map guide!

All Desert Locations and Areas 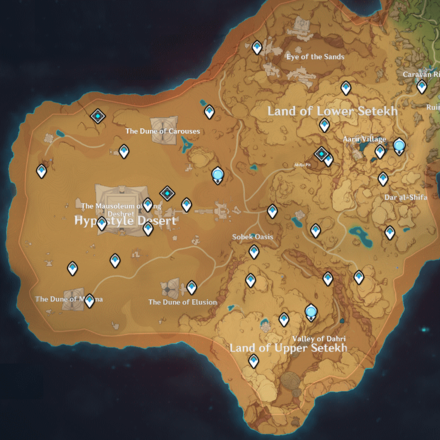 World Quests in the Desert

Items Found in the Sumeru Desert

Field Bosses in the Sumeru Desert

Other Enemies in the Sumeru Desert

Living Creatures in the Sumeru Desert

Half of the Sumeru Region 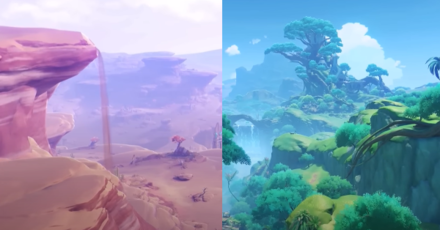 The region of Sumeru is divided into two large areas: the Rainforest area and the Desert area. Check out our full Sumeru Guide here to learn more about the Dendro nation!

Home to the Desert Folk 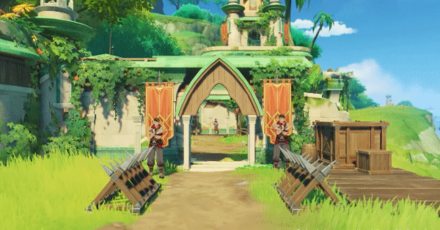 The Deserts of Sumeru is home to the Eremites, a desert folk group that makes a living by selling their wisdom and strength as mercenaries. Since hail from the desert area, it seems like the majority of them worship the Scarlet King (King Deshret).

The Scarlet King or better known as King Deshret was the one who founded the desert nation in Sumeru and as such many of the desert folk worship him as the true God of Wisdom.

The Sumeru Desert area was released during Verision 3.1 of Genshin Impact on September 28, 2022!

The pyramid-like structure is the Mausoleum of King Deshret. This large structure can be seen from afar even from the rainforest!

The remains of the ancient civilization that King Deshret built are still around the desert area! 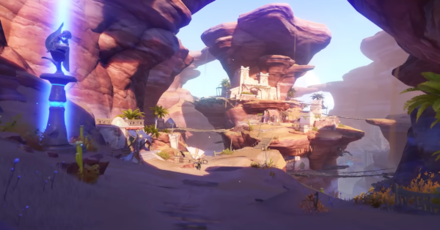 Also found in the desert are bodies of water called oases. 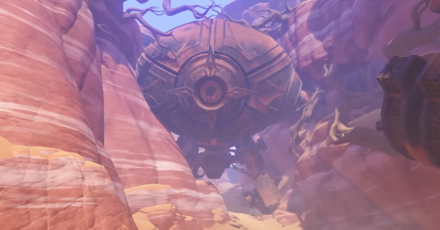 In order for us to make the best articles possible, share your corrections, opinions, and thoughts about 「Sumeru Desert Map Guide | Genshin Impact」 with us!