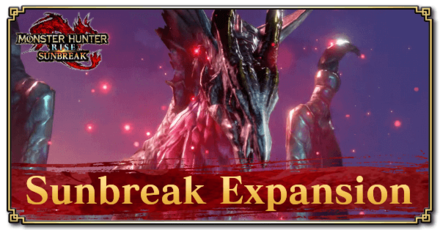 The Sunbreak expansion DLC for Monster Hunter Rise is out now in all regions for PC and Steam! Find out the price and learn everything you need to know including monsters, builds, materials, features like Master Rank and new Event Quests, switch skills, amiibos, Title Updates, and more. 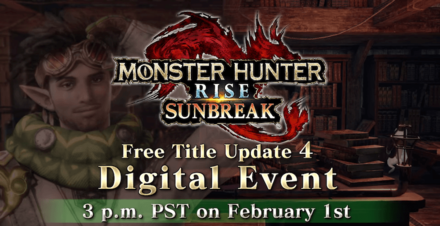 A digital event livestream is slated to air on February 1, 2023 which aims to announce details about this upcoming fourth Free Title Update for Monster Hunter Rise: Sunbreak! Check out the article below for a quick glance on the date and time, as well as a handy countdown timer! 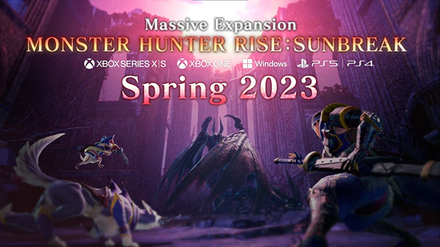 The Sunbreak expansion will release for PlayStation, XBOX, and Game Pass sometime in Spring 2023. This coincides with the planned release of Title Update 5 for Switch and Steam so maybe we'll get it on the same day! 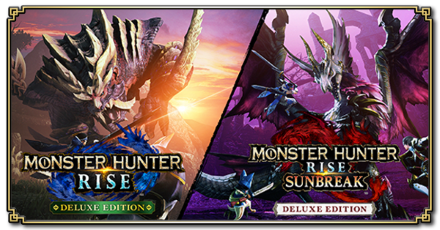 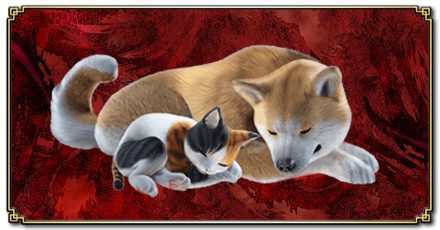 If you pre-order the Sunbreak DLC, you get to unlock exclusive cosmetic layered armor for your Palamute and Palico!

All Sunbreak Amiibos and Where to Buy

If you were a fan of the first Monster Hunter Rise-themed pro controller, then you'll love the new Sunbreak edition pro controller! There aren't any official retailers yet in the US that allows pre-orders for the pro controller, but it is currently listed on the UK Nintendo Store.

Sunbreak Pro Controller and Where to Buy 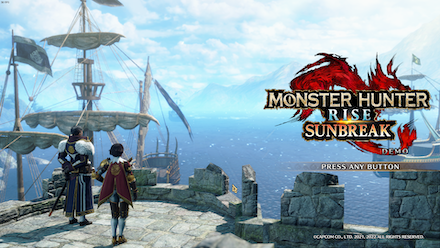 The demo has been made available as of 1:10 AM GMT on both Switch and Steam. You can start playing as soon as you finish the download, so hop in! 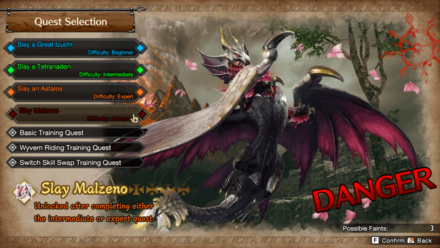 Four Quests are included in the demo, each of which will allow hunters to fight a different Monster.

Sunbreak is Out Now!

The November 2022 Digital Event announced all the monsters and features for Sunbreak's Title Update 3 including an updated roadmap for 2023.

Risen Kushala Daora and Risen Teostra were revealed as the powered-up monsters while Chaotic Gore Magala was shown as the Variant. The Follower system has been expanded to allow them to join hunters in other quests. Higher levels for both Anomaly Quests and Anomaly Investigations were also featured. New weekly event quests, Paid DLCs including layered plush weapons were also announced.

The Capcom Online Program at TGS 2022 revealed an updated version on the roadmap for other title updates and new features found in Free Title Update 2.

This trailer showed us when the Sunbreak demo is coming out, as well as all the quests we get to take on!

This video showcases Garangolm's attacks and moves, while situated in the new locale.

Tour of the Citadel

This video walks us around the new locale, The Citadel, and introduces us to some of its inhabitants, like the Gowngoat and Morphed Wirebugs.

This trailer introduces Garangolm, Lunagaron, and Malzeno as the Three Lords that the hunter will have to deal with. They also revealed the release date of the expansion, and teased Astalos at the very end.

Game Awards 2021 included another trailer for Sunbreak, featuring the icy Odogaron, Lunagaron! They also revealed the second base of operations: Elgado.

The return of Shogun Ceanataur makes us wonder: will someone like Daimyo Hermitaur come back as well? This was shown at the Capcom Online Program at TGS 2021.

Revel in the new soundtrack and take in the sights in the new Sunbreak teaser reveal that Capcom released on their Monster Hunter Youtube channel!

See more comments (51 Comments)
Opinions about an article or post

In order for us to make the best articles possible, share your corrections, opinions, and thoughts about 「Sunbreak Guide - All Things About the MH Rise Expansion | Monster Hunter Rise」 with us!