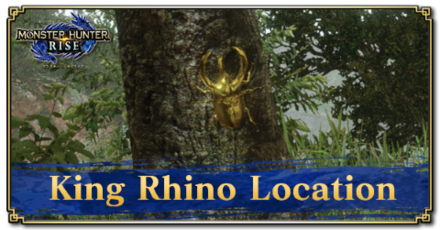 This is a farming guide for King Rhino, an item in Monster Hunter Rise (MH Rise). Check here for all King Rhino locations especially for the Economic Stimulation Request, and more!

King Rhino - How to Get 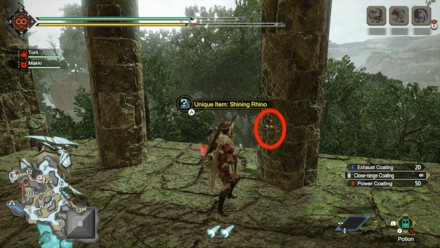 King Rhino can be obtained from the unique gathering point, Shining Rhino, in both low and high rank. But you'll definitely have an easier time getting it in High Rank!

King Rhino - How to Farm

King Rhino - How to Use

Rondine will require you to collect some account items for her to unlock another submarine for your trading needs at the Argosy.

The King Rhino provides 94 Kamura Points after each quest or expedition.

Post (0 Comments)
Opinions about an article or post go here.
Opinions about an article or post
We at Game8 thank you for your support.
In order for us to make the best articles possible, share your corrections, opinions, and thoughts about "King Rhino Location: How to Get and Uses | Monster Hunter Rise" with us!
When reporting a problem, please be as specific as possible in providing details such as what conditions the problem occurred under and what kind of effects it had.