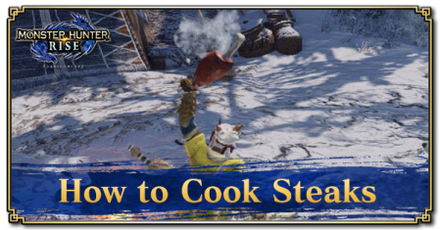 How to Cook Well-Done Steaks

Use the BBQ Spit with Raw Meat 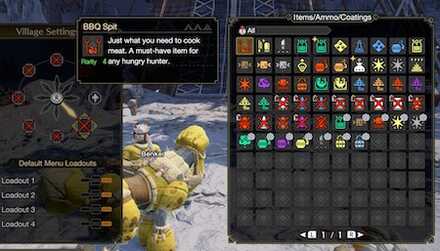 The BBQ Spit is a Fixed Item which is available from the start of the game via the Action Bar. Players can also set it to the Radial Menu for easier access.

How to Get Raw Meat

If you've run out of Raw Meat, it can usually be found from herbivores and small monsters. Even if you hunt several Large Monsters, you generally won't find any Raw Meat, so search out some passive foes and take them down to gather more Raw Meat to cook.

Use Motley Mix to Cook Automatically 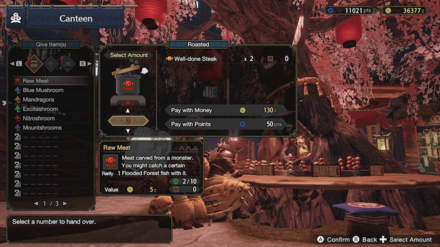 In the Gathering Hub, players can talk with the Felyne chef at the Canteen to access the Motley Mix option. Motley Mix offers a variety of unique recipes allowing players to cook an ingredient to produce another.

The Motley Mix function faces the disadvantage for its convenience of a cost of 65z or 25 points per Steak. The Motley Mix is also only available in the Gathering Hub, so players will not be able to use this feature mid-Quest via the Tent.

Press A after Four Spins

As shown in the clip above, the easiest way to cook a Well-Done Steak is to simply watch the top of the meat as it cooks, and after completing exactly four rotations, press the A button to pull a freshly-cooked Well-Done Steak away from the fire.

Listen to the Music

While cooking meat, a short song will play which provides a hint to the player as to when they need to press the A button.

The player will need to press the button simultaneously with the last note of the song. If the player waits until the song has ended, the meat will already be burnt, so this method takes some practice. It's best to use the “four spins” method at first until you've heard the song enough times to easily recognize the timing.

All Meat Types and Effects

Cooking Raw Meat on the BBQ Spit can lead to one of four possible results based on the number of rotations the meat turns.

There's no distinct advantage to getting any result other than Well-Done Steaks, so it's best to simply aim for four rotations every time.

In order for us to make the best articles possible, share your corrections, opinions, and thoughts about 「Sunbreak | How to Cook Well-Done Steaks: Best Timing | Monster Hunter Rise」 with us!